The Libyan Political Dialogue Forum: Who will lead Libya? 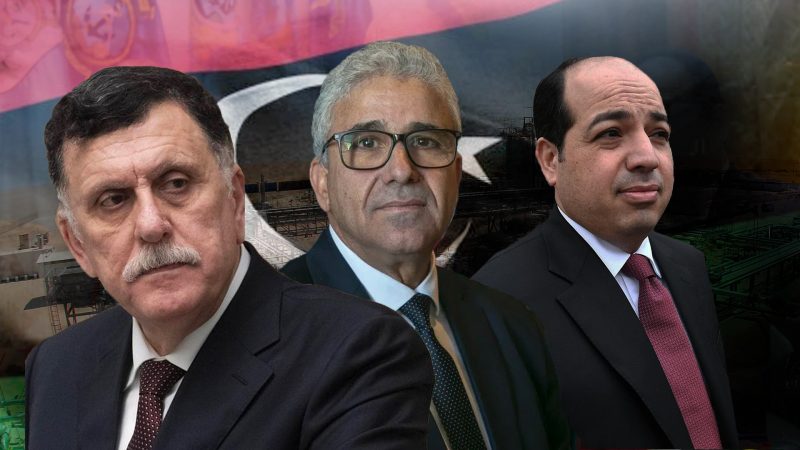 The Libyan Political Dialogue Forum (LPDF) started in Tunis on November 9. The main organizer is the UN Support Mission in Libya (UNSMIL), led by the former US Charge d’Affaires in Libya Stephanie Williams. The task of the forum, according to the UN mission in Libya, is “to generate a unified governance framework and arrangements that will lead to holding national elections in the shortest possible time frame.” Simply speaking, the task of the forum is to create a transitional government of Libya before the elections are held in the country.

In August 2020, Fayez Sarraj, prime minister of the UN-recognized Government of National Accord (GNA), and Aguila Saleh, speaker of the Libyan House of Representatives (HoR), who supports the general Khalifa Haftar, declared a truce. Sarraj also stated the need to organize a parliamentary and presidential elections in March 2021.

After that, a series of negotiations between the military and politicians from the two opposing sides began. UNSMIL said the Libyan Political Dialogue Forum should be the crowning glory of the process, the place where a government that satisfies all Libyans will be established before elections are held… but is this actually possible?

Formally, the Libyan Political Dialogue Forum is a UN event. In fact, the main role in organizing and defining the political process was usurped by Stephanie Williams, meaning, by the United States. The Forum is attended by 75 delegates, 13 of them sent by The High Council of State under the GNA, another 13 – by HoR: 49 people were selected by Williams herself. Nobody in Libya knows these people, they do not have any authority, and therefore, they can be considered as little more than guides of American influence.

De facto, if we recognize the legitimacy of the LPDF, the determination of who will govern Libya in the near future is in the hands of the United States. By hijacking the peace process using the UN mechanism, the Americans aim to achieve their main goal: their return to Libya as a hegemon.

The powers that support the Government of National Accord in the current Libyan conflict will suffer first and foremost.

If the Americans’ plan succeeds and they lead their people to the key positions in Libya, all agreements signed by Libya’s GNA with Turkey will be brought into question, including the memorandum on delimitation of borders and exclusive economic zones in the Eastern Mediterranean. The new government may refuse to recognize them, as Washington does not recognize them.

Who are the Americans betting on to take power? Among the mechanisms envisaged by UNSMIL is the UN mission’s ability to choose who will occupy a particular position if negotiations stall. That is, they can push anyone they want forward with the power behind them. Those chosen by the Americans will then automatically become the new government of the “UN recognized” power establishment.

So far, according to Libyan media reports, among the candidates for president of the presidential council and head of government are Agila Saleh, Fayez Sarraj, and GNA Interior Minister Fathi Bashagha. Also the influential deputy prime minister of GNA Ahmed Maiteeq and head of the High Council of State Khalid al-Mishri are also serious contenders. The latter has been actively engaged in political dialogue since August.

Fathi Bashagha pretends to enjoy the support of Turkey… however, his constant visits to other countries and rumors of a possible trip to France in the coming days indicate that he intends to gain the support of other players, including those whose interests are opposite to Turkey’s.

Bashagha is also in favor of a US base in Libya. The Americans might like that, but the other players in Libya will certainly not. That means that the path to a new conflict will be opened.

Finally, Bashagha is considered an Islamist: he supports the RADA group in Tripoli, a Salafist group which is involved in criminal activity and at the same time hypocritically imposes Sharia law. Bashagha coming to power in Tripoli will create an excellent excuse for Haftar to break the agreements and declare war against “extremists”.

And even if Haftar does not invade, there is a possibility of civil conflict in Tripoli itself. The Tripoli Protection Force – the umbrella structure of Tripoli’s militias, opposes Bashagha and regularly collides with formations loyal to the Interior Minister.

In general, any radical candidate for the post of interim prime minister or member of Libya’s Presidential Council is a path to war and destabilization. As a rule, such people represent only one force that their competitors and many foreign players do not accept. For example, Khalid al-Mishri, as a member of the Muslim Brotherhood, may be a party to negotiations for Tobruk, but he will not be accepted as a leader. In Egypt, such a ‘leader’ would also not be welcomed, and it is unrealistic to solve the Libyan conflict without Egypt.

Who will ensure peace?

Obviously, only compromise candidates – moderate, neutral people – will be able to claim the role of Libya’s interim leaders. Devise candidates will only exacerbate the conflict. The task of the foreign policy players in Libya hoping to stabilize the country is to organize the diplomatic process in such a way that the US will be unable to impose its will on Libya. On the other hand, it is important not to let radicals lead the new UN-recognized government.

From this point of view, the refusal of Fayez Sarraj to resign in early November is important. He continues to play a role as a compromise leader. Sarraj has proven that he is Turkey’s ally. On the other hand, his recent visit to Egypt shows that he is quite an acceptable candidate for Cairo too. Another compromise figure is technocrat Ahmed Maiteeq. He is acceptable by all external players and is the only member of the GNA who has managed to get Haftar to resume oil exports.

If during a difficult transition period, people like Fayez Sarraj or Ahmed Maiteeq take the lead in Libya’s new government, Libya has a chance to develop peacefully and organize the democratic process. They will also be able to ensure foreign policy continuity, which is important for Ankara. Without taking into account Turkish interests, no agreement in Libya will be successful.