How much does Africa owe, and to whom? 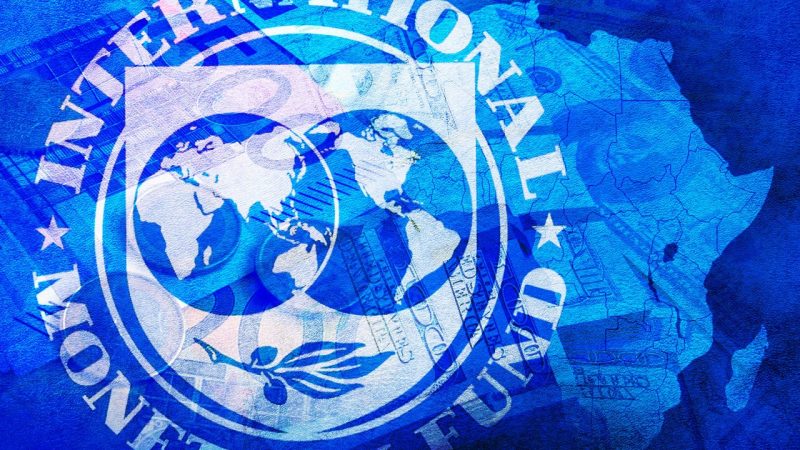 African debt is a painful subject for the continent, and in many ways a dark one: no one dares give exact figures, but one thing is certain: Africa’s debt is far more than it can afford. The loans of different types (with interests and without), and investments – most with “conditions”.

Let us try to calculate the approximate debt figures to understand the magnitude of the disaster. The more debt, the harder it is for Africa to achieve its own economic, and therefore political, sovereignty.

As a percentage of gross domestic product and export earnings, Africa’s debt – at least $417 billion by 2018 according to CEPS (and perhaps, even more!) on average – is the highest among the developing regions.

Various financial institutions (including international organizations such as the World Bank and IMF) and the private sector own at least 35-36% and 32% of Africa’s debt, respectively. China, one of Africa’s largest creditors, has a share of at least 20% for 2018.

According to Fitch, Mozambique and the Republic of Congo have been in default since 2016, and the ratings indicate that the country faces even greater stress ahead – especially given the coronavirus effect. Zambia is rated “CC” (default is probable), while Gabon, Mozambique and the Republic of the Congo are rated “CCC” (default as a real possibility).

A further 13 countries, according to Fitch, are in the “B” range – they are experiencing a very difficult financial situation, which is largely based on speculative measures. Seven countries also have a ‘negative’ outlook in the rating – Kenya, Uganda, Cameroon, Ethiopia, Namibia, Nigeria and South Africa.

The weak credit performance of many sub-Saharan countries (in addition to high public debt) reduces their debt sustainability and resilience and makes them disproportionately vulnerable to global coronavirus shock, according to a report by Fitch Ratings. 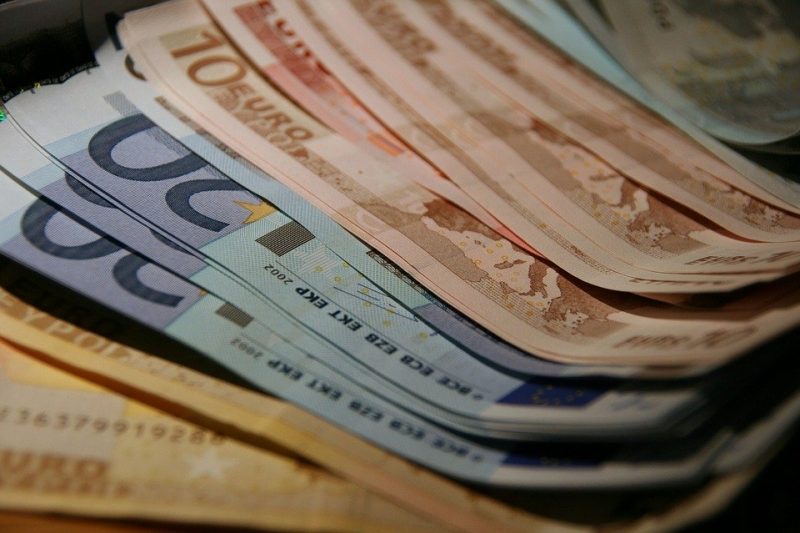 The IMF and the company

The International Monetary Fund (IMF) projected that economic growth in the region would decline by an unprecedented 1.6 % in 2020, against a backdrop of tightening fiscal conditions, a sharp drop in major export prices and severe disruptions to economic activity associated with the pandemic.

The IMF, however, remains one of the region’s main creditors. From time to time, the IMF has curtsied towards enslaved regions and “debt forgiveness”: for example, on 14 April, the IMF approved $500 million to cancel six-month debt payments from 25 countries, 19 of which are in Africa.

But will this help the region without its own infrastructure and well-established production? No. This is more of a PR gesture by the IMF.

Here you can find information on the individual credit countries in the region according to IMF data.

As an illustration, South Africa, one of the most economically developed countries in Africa, is an IMF holder of about $4.3 billion in debt. The $1.1% interest rate is payable over five years. And yet, the debt is unrealistic to pay. This country’s approach to creditors based in Washington was not without criticism, mainly from the South African Federation of Trade Unions and the Economic Freedom Fighters. Other parties – the Congress of the People, the Democratic Alliance and the South African Communist Party – have expressed concerns about theft and have called for transparent use of funds.

South Africa is just one of many African countries that is tired of government corruption in parallel with the tranches of giant international organizations.

It is also something of a pleasure for the Paris club to enslave Africa.

This organization is of particular interest in terms of French politics and neocolonialism. The Paris club is an informal intergovernmental organization of developed creditor countries under the auspices of France. The association was established in 1956, when Argentina agreed to meet with its creditors in Paris. It has 22 members, including France, Germany, the United Kingdom, the United States, South Korea, Israel and Japan.

The stated objective of recent years has been to restructure the debt of developing countries.

The volume of debt can be compared to the income of these countries: for example, while Egypt has a record debt to the Paris Club of $8.46 billion, its total debt for 2019 is estimated by the IMF “only” at 85% of GDP, compared to 95% for Angola, 109% for Mozambique and even 207% for Sudan.

“The debt to the Paris Club represents only a part of the debts of African countries”, the lawyer Nicolas Jean relativizes, for whom “this breathing is essential, but the real issue remains investment”. Africa is not over-indebted, it is under-financed, he added.

Macron recently pretended that he had gone to Africa and advised the Paris club to write off the debt. However, experts explain that Macron’s statement is not so much a charity proposal as an attempt to put pressure on China to join the Paris Club, where African debts are being negotiated and where Beijing has so far only accepted the observer position for the past two years.

As Liberation notes, France’s credit policy towards Africa is a double-edged sword, because it perpetuates the scheme of the past 30 years, which does not improve the very health infrastructure on the continent.

“How can debt relief compensate for the lack of masks, respirators and even electricity in the short term?”, the Ivorian political scientist Frank Hermann Ekra asks. He sees in this announcement “anticipation of the world to come”: “We have the feeling that Macron is trying to regain control in Africa by implicitly recalling the universalist destiny of France”. In the meantime, for the mask of generosity, he appeals more to the French than to the Africans themselves, the article notes.

China, as we noted above, owns at least 20% of the total public debt of African countries as of 2018.

Compared to institutions such as the IMF, the World Bank and Paris, experts note that China’s loans are much faster, cheaper and easier to borrow.

That is why the United States, in particular, is very critical of the Chinese approach: in its fight for Africa, it is unable to offer a decent credit alternative.

Due to the magnitude of these debts, some experts argue that China plays a special role – as it does in the case of Africa – in the debt relief campaign, especially on concessional loans and commercial loans, which account for the majority of Africa’s debt to China.

It is also not the first time that China has gone for a portion of Africa’s debt: for example, in 2005, China announced that it would cancel $10 billion of interest-free loans to Africa. By the first quarter of 2009, China had cancelled 150 such loans, which were owed by 32 African countries. In 2018, Chinese President Xi Jinping announced his forgiveness for all intergovernmental interest-free loans to African least developed countries with diplomatic relations with China.

In June 2020, President Xi announced that China would cancel the interest-free debts of “eligible” African countries as part of Beijing’s steps to assist the continent during the Covid-19 pandemic.

China’s debt-trap diplomacy; a threat to the developing world

But China is not the only creditor country to Africa. Russia and several European countries are also involved. The exact numbers of countries are not disclosed, but in the case of the EIB, for example, €3 billion of new investment across Africa in 2019. Russia has previously written off its multi-billion dollar debt to Africa.

Debt relief is not the only option, and debt relief for concessional and other loans may be the least desirable option for pragmatic China. In any case, it sets an unwelcome precedent for all creditors.

In the case of Ethiopia in 2018, for example, China agreed to debt restructuring, including a $4 billion loan for the Addis Ababa railroad, extending the deadline by 20 years.

The Chinese fear that cancelling their debt would improve the debt ratio of African governments and free them to borrow new loans from international financiers. In this case, China’s losses will increase the debt that Africa will borrow, the Brookings Institution believes.

Is foreign debt important at all?

But then the question arises: is such an indicator as foreign debt important to the economies of countries at all?  Keep in mind, for example, that the US is the current record-holder in terms of volume of external debt, despite its “developed” status in comparison to Africa.

The answer is: it depends on whom. Experts explain that it is more correct to estimate the debt of states not in absolute terms, but in terms of GDP – the bigger the economy, the easier it is to pay debts. According to the World Bank, the US debt is at least 96.1% of GDP. This is also a significant figure, although many countries have been living with high debt for decades – for example, France, Italy and Japan have a debt ratio above 100%.

High external debt alone cannot be a cause of default, which can happen if the state fails to take new loans to cover old ones, but so far, the US is coping with this scenario, because their bonds have long been the most popular securities for investors around the world.

In the case of Africa, which is only lent to, exploited, and prevented from really getting back on its feet, this factor only prolongs poverty, social gaps, and social tensions (also taking into account the age structure of the population of the African continent, where about 70% of the population is under 30 and unable to work in local industries).

All of this can have a multiplier effect. The issue of social system stabilization is particularly acute in African countries. Without building statehood and their own infrastructure, it is extremely difficult for African leaders (even those who try not to be a puppet of the West) to make strategic decisions.

There are important pragmatic aspects to the enslavement of Africa by Western States: seeking control over local political processes, as well as continuing to benefit from Africa’s rich resources at minimal cost.

Therefore, the “aid” of international organizations is not an investment, but a payment to privileged ruling classes for consensus: resources for the visibility of democracy and contracts beneficial to the West. As long as Africa is unable to abandon the model of colonial dependence and move to self-sufficiency with its own infrastructure, it will be tormented by debt, compulsion toward the Western-centrist liberal system of “values” and even military pressure.