U.S., PKK and Daesh in Syria 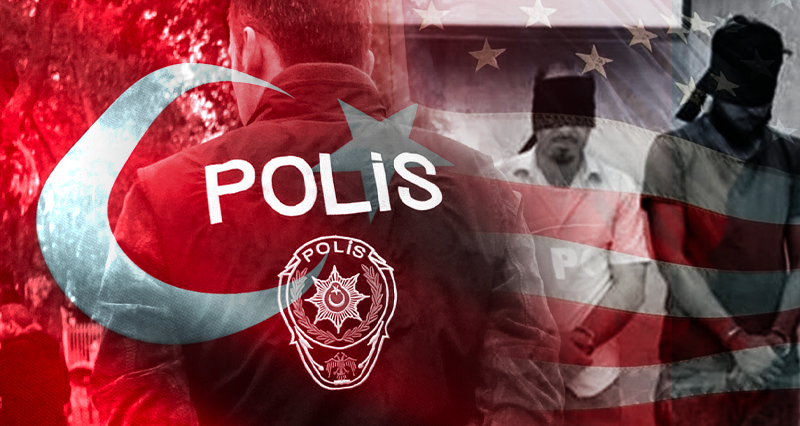 On September 7, Turkish media reported that Turkish special services conducted a joint special operation to detain one of the leaders of the Daesh terrorist group in eastern Türkiye.

The newspaper notes that the terrorist was released by the terrorist organization YPG/PKK from Syria Hasakah, al-Keif Prison on the condition that he will go to Jarablus to organize a terrorist attack there.

The Turkish leader criticized the West, which appears incapable of conducting such operations and instead helps the YPG/PKK, allegedly because they are fighting against Daesh. However, Türkiye’s brilliant operation shows that Daesh and YPG/PKK terrorists are directly linked.

Cooperation between Daesh and YPG/PKK is not a secret to anyone. Back in 2017, the pro-American Syrian Democratic Forces, whose backbone is the PKK’s Syrian branch, colluded with former Daesh terrorists. The same terrorists who controlled the oil fields of Syria for Daesh suddenly became “Kurdish rebels” with whom the U.S. is cooperating.

Now the U.S. is actively cooperating not only with YPG/PKK terrorists, but also with Daesh fighters, who have defected to the PKK.  The U.S. and its mercenaries steal an average of 66,000 barrels of oil a day in Syria, which is about 80 percent of Syria’s oil production.

At the same time, the U.S. is moving grain out of Syria. As the war escalated, the Syrian government lost control of some of its main wheat production areas, which have come under the control of U.S.-led Syrian Democratic Forces (SDF) paramilitaries. After an unauthorized U.S. intervention, U.S. troops were stationed in these areas, which provided a direct flow of goods from Syria, causing the Syrian government to lose almost all of its production. In each region where YPG/PKK forces advanced, local farmers were forbidden to sell their grain to the government in regional agricultural markets. All the produce was confiscated by U.S. and paramilitary forces and then immediately shipped abroad.

Commenting on the case, Taleb Ibrahim, a Syrian political analyst and deputy director of the Damascus Center for Strategic Studies said: “The US began the great organized robbery in Syria five years ago. The regions where they are stealing oil and grains are the most productive parts of Syria. As an example the eastern parts of Syria, where the US established the illegal military bases, are providing Syrian people with 90% of oil products and 80% of grain. At the same time the US has imposed heavy sanctions on Syria to prevent the Syrian government from importing the most important necessities for the Syrian people, which is a war crime, just like what had happened in Iraq, Libya, Cuba, North Korea, and other countries (…) The Western countries are taking the whole world for an international famine, they do not care about humanitarian considerations”.

YPG/PKK terrorists are tools in the hands of the West

New reports on Kurdish terrorists’ collaboration with Daesh against Türkiye completely refute the arguments of the Western countries, according to which the YPG/PKK needs their support in order to fight terrorism. How can you fight Daesh if you simultaneously use their terrorists against Türkiye?

However, the U.S. continues to increase its support for Kurdish terrorists who have the blood of military, police and civilians in Türkiye on their hands. On September 3, the Syrian Observatory for Human Rights announced that the U.S. had built a new military base in the territory controlled by the YPG/PKK. The base is located 3 km southwest of the city of Qamishli in Hasakah province.

According to Anadolu Agency, US Special Forces are providing armed training to 240 YPG/PKK terrorists in the area of the city of Al-Malikiyah, close to the Turkish-Iraqi border.

Previously, Türkiye stated that it could conduct an operation against YPG/PKK terrorists in the region. The U.S. has opposed that, and moreover, is training anti-Turkish terrorists. Washington is thus seeking to train fighters to confront Ankara. A similar situation is observed in another region, Ukraine, where Americans and Brits, who fought on the side of the YPG/PKK in Syria, are now involved in organizing Ukrainian army offensives.

Therefore, it is not surprising to hear that weapons, which NATO countries supply to Ukraine, end up in the hands of the YPG/PKK.

Both in Ukraine and Syria, the U.S. uses the same tactics – they rely on terrorists and extremists who are supposedly fighting for independence, but in reality are tools in the hands of the imperialist powers to dismember the Eurasian space. In both Ukraine and Syria, the U.S. is creating zones of chaos, while stealing the most important resources: oil and grain. As Turkish President Recep Tayyip Erdogan correctly pointed out, Ukrainian grain does not go to poor countries; NATO countries, dooming the rest of humanity to starvation, intercept most of it.

The U.S. imperialists are doing the same with the resources of Syria.

The countries of the region need to work together to repel the terrorist threat that the U.S. imperialists support. The positive news are media reports that Türkiye’s spy chief, Hakan Fidan and Syria’s head of intelligence, Ali Mamlouk, held a new meeting under Russian mediation.

We can neither confirm nor deny this information. However, any cooperation between Ankara and Damascus against the common threats of Daesh and PKK terrorism should be welcomed, as well as the normalization of Ankara-Damascus relations.

The main task is to push the Americans and their networks out of Syria, eliminate the terrorist threat to Türkiye and free up Syria’s resources for the development and reconstruction of the country. Without this, there can be no real political dialogue that would lead to the stabilization of Syria. Cooperation between Damascus and Ankara and along the Damascus-Moscow-Ankara-Tehran line is necessary for all this to become a reality. Together, the countries of the region can defeat U.S. imperialism and its puppets in Syria.