Arms struggle in Ukraine threatens the country, Europe and Türkiye – the US and a small elite in Kyiv benefits 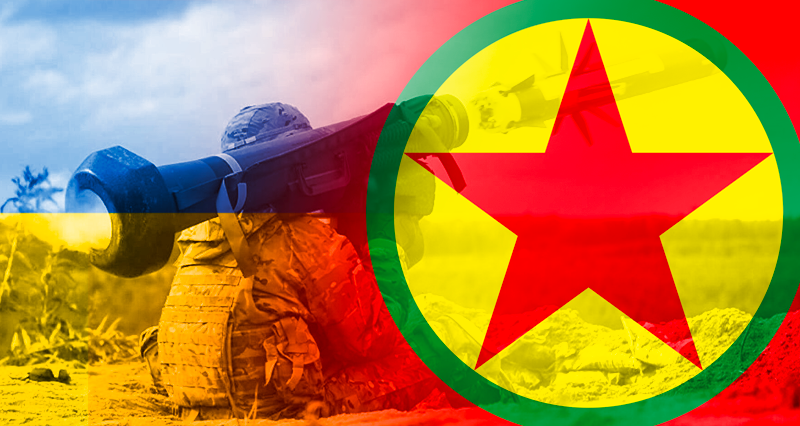 Dr. Mehmet Perinçek, Faculty Member of Moscow State University, made an assessment to Sputnik on the European Police Agency Europol’s announcement that it had detected arms smuggling cases from Ukraine to European countries, posing the risk of weapons falling into the hands of criminal and terrorist groups.

Reminding that Ukranian border and customs officials were already worldwide infamous for bribery and corruption, Perinçek said the following:

“It is impossible to carry out arms trafficking without high-level government officials. And in the current conditions in Ukraine, this kind of smuggling is not very difficult. Of course, this is a great danger, especially for Europe. At a time of influx of refugees, illegal weapons entering Europe could lead to a rapid rise in the crime rate. There is also the possibility that the weapons may end up in the hands of terrorist groups in Europe. These groups could also be used within Europe. This could also happen when these weapons ended up in the hands of the PKK/YPG. For example, Aiden Aslin, a British mercenary who was in the ranks of the YPG, later went to Ukraine, joined the neo-Nazi Azov battalion, was captured in Donetsk and sentenced to death after his trial. In his interview, he pointed out that the weapons in Ukraine were also sent to the PKK/YPG. This shows that these weapons also create a major threat to Turkey.”

“The prolongation of the crisis in Ukraine plays into the hands of two powers. One of them is the U.S. The U.S. had repeatedly prevented Ukraine from accepting Russia’s terms of the agreement. The US sabotaged the Istanbul negotiations. When the agreement was about to be signed, the US prevented it with the Buca provocation. The US had been the war hawk before Russia’s operation began.

Now it is the US again that is trying to prolong the war. Turkish Foreign Minister Mevlut Cavusoglu himself expressed this after the NATO Foreign Ministers’ meeting. He stated that ‘some NATO countries want to prolong the war’. The second group that wants to prolong the war is the one within Ukraine that benefits from this war. The Kiev government knows very well that they cannot win the war, but they are looking to fill their pockets as much as possible. When the time comes and they flee Ukraine, they want to leave with their pockets filled to the maximum by having exploited the country’s resources. Arms smuggling is one of the sources of income for the groups within the Kiev regime that benefit from the prolongation of the war.

Uncontrolled arms transfers also pose a serious threat to Ukraine. The state of war is a time of serious chaos. Various gangs, interest groups, mafias or armed political/economic groups may emerge in the country. Domestic bullying and violence will lead to the oppression of the Ukrainian people by these interest groups and the creation of various mafia based power centres. The West’s statements about arms smuggling are also hypocritical. It is the West that is prolonging the war and keeps sending weapons to Ukraine. The Ukrainian side fears that the ways and methods of arms smuggling will be revealed, because when revealed, many criminals within the state will be exposed.”