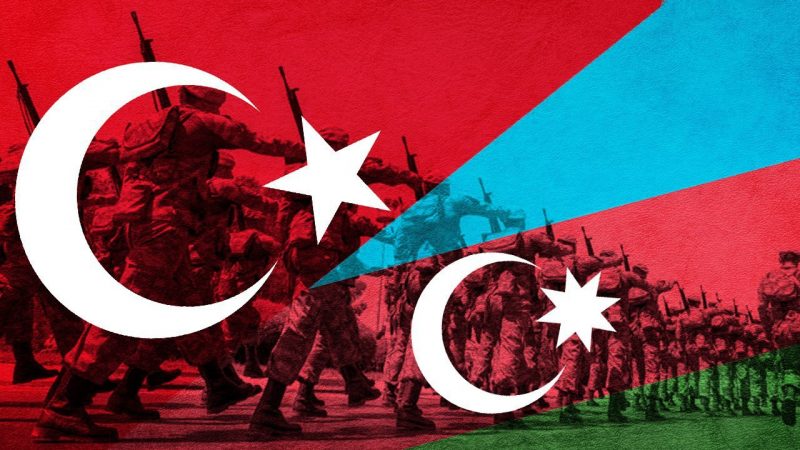 We talked about the latest developments in the conflict and the Armenian attacks with Ambassador Ramil Hasanov, the Deputy of the New Azerbaijan Party and the former Secretary General of the Turkic Council.

“ERIVAN IS TRYING TO PROTECT THE STATUS QUO”

While a ceasefire process was in progress, Armenia hit Azerbaijan’s civil settlements: there were civilian losses and injured people. What is Armenia trying to accomplish with these attacks?

When we look at history, Armenia has always employed vile means such as targeting civilians. The Khojaly massacre and the massacres in Karabakh are examples of this. All of them, including former presidents and even the so-called regime in occupied Nagorno-Karabakh, have made history by targeting civilians. Those who are responsible for such inhumane deeds will be taken to the International Criminal Court. In this context, Azerbaijan has initiated the necessary procedures with the United Nations (UN).

The ceasefire, agreed upon after an 11-hour negotiation, never actually came into effect. Armenia was the party that broke the ceasefire both de facto and legally. In other words, while the ceasefire should have started at 12 o’clock, the Armenians continued their attacks and targeted civilians at 12:03, never acting in accordance with the ceasefire, not evening hiding their violations. If you do not punish a person who must be punished, he will take advantage and continue his previous mistakes. From this point of view, the Armenian administration, which disregards international law, and the countries that support Armenia, are trying to protect the status quo by targeting civilians. Yerevan, who is targeting the civilian settlements of Azerbaijan with rockets with cluster bombs and ballistic missile heads from within the borders of Armenia while people sleep in their beds in spite of the ceasefire declaration, is clearly committing a war crime. When we look at the articles of the Treaty of Geneva, it is clear that this is a war crime and an opportunity arises for self-defense in the international court. However, as our President Ilham Aliyev has said, we will go down in history as the party that observed the ceasefire, declaring our tolerance and good will, despite the other side’s violations. The Armenian government has killed more than 30 of our citizens and injured 9. President Erdoğan described that administration very well, calling it a bandit state and administration!

When a state’s foreign minister returns to his country from a meeting in Moscow, having just signed a ceasefire agreement, with rocket heads in the cargo section of his plane in order to continue the conflict, that person can only be described as a criminal.

Why did you decide to sign a ceasefire agreement with a state you describe as criminal?

As you can see, the international community has started to apply serious pressure against Azerbaijan. There is no country left in the world Armenian President Pashinyan has not called. Mr. Aliyev described the situation nicely, remarking that he has called everyone but the tribal chiefs and shamans. Indeed, as a result of Pashinyan’s phone calls to Russia, France and others several times a day, and due to the double standard regarding the matter in international society, he let the other side know he was giving them a last chance, telling them “if you do not leave the lands you occupy unconditionally, the status quo will not remain.” As the president said, there is no line of contact: Azerbaijan agreed to the ceasefire because of the begging from the other side. Azerbaijan made its stance clear. Why would Pashinyan seek help from other states if we did not show them such an attitude? At this precise moment in time, Azerbaijan has no objection to the process that is being carried out to have Armenia leave the occupied territories through the mediation of Russia. We will say yes to whoever supports peace.

“THE MINSK GROUP HAS FAILED”

Do you think the OSCE Minsk group will contribute to peace?

Do you think so? I don’t. Our President’s Special Adviser for Foreign Affairs, Hikmet Bey, expressed his answer regarding this matter. The Minsk group has not made any visible or tangible progress for 30 years. There is neither a document nor an agreement in place to solve the problem between the two countries. We talk about Madrid principles, but as our President stated, we are not the party that left the negotiation process here. If they do not want to solve this problem peacefully, why should we demand peace for 26 years since 1994? Our participation in the latest negotiations in Moscow is proof that we want peace. Despite all the attacks on our civilian settlements, we strive for peace. We have once again demonstrated this to the international public.

The world’s leading agencies, journalists and photographers saw the bombs and destruction themselves in Ganja. Armenia says they know nothing about it. We have satellite images, we even have the bomb and know from which military base it was fired. Everything is obvious and clear. If civilians are dying, then the Minsk group has not succeeded.

Armenia has shown that they are not willing to sit at the table. When we saved a certain part of our lands over the last two weeks, Armenia got scared and ran to other countries. This shows that we have the power. Armenia is the side that has withdrawn, while the Azerbaijani side has taken the counter-offensive. Armenia tells its public that it has a military loss of around 300-400. However, the numbers are much higher, around 4 or 5 thousand. If Armenian soldiers do not want to die, they will get out of our land, which is officially and historically recognized as ours.

‘‘THEY BROKE OFF FIRE TO PREVENT CIVIL STRIFE’’

Think about the potential social turmoil that might occur when these 4-5 thousand dead soldiers are handed over to their families. Those families do not know that their children are dead: the losses are being hidden. When it becomes clear, the situation will be bad. Therefore, while the corpses were being delivered during the ceasefire, Armenia decided to prolong the process in order to conceal the truth. They have lied to the world public, including by claiming that it was Azerbaijan that broke the ceasefire.

‘Turkey should take its place within the Peacekeeping Forces’

There is one subject that the Turkish public is particularly curious about. As you know, the Astana format has been at work in the solution process in Syria. Has Azerbaijan adopted a stance on a solution process involving Turkey, Russia and Iran, with the goal of siding with the territorial integrity of Azerbaijan?

Now, you know that the President of Iran has made some very positive statements recently. In his last statement, Mr. Rouhani said, “The problem of Azerbaijan should be resolved within the framework of territorial integrity.” Before that, Mr. Putin said that the war is not going on within the borders of Armenia, and therefore he can not intervene. This means that they have declared and confirmed once again, de facto and legally, that Karabakh belongs to Azerbaijan. Turkey is already our brother-state and we have the support of everyone in Turkey in this process. Almost all major politicians, especially President Erdogan, media organizations, civil society organizations, and citizens have offered great support: this is the most important indicator of Azerbaijani-Turkish brotherhood.

As President Aliyev stated, Turkey should definitely be at the table. Turkey must be more active at the table within the framework of international law. In fact, Turkey is a member of the OSCE Minsk Group, but not one of the co-chairs. Therefore, two formulas can come into play here; first, if the Minsk trio is to be changed, Turkey should replace France. However, if that does not happen, Turkey should at least be included in the negotiation process with a special status. This is priceless to us.

If concrete progress can be made in the OSCE regarding the Madrid principles in the future, it is likely that peacekeepers will be put into place after the problem is solved. In that case, to maintain the process, I think that Turkey should have a place within the Peacekeeping Forces. I am content to say that, since Mr. President Aliyev has expressed the honor he has felt as a result of Turkey’s support. We will demand that Turkey be given a place in this process.