A new path for the restructuring of the international system 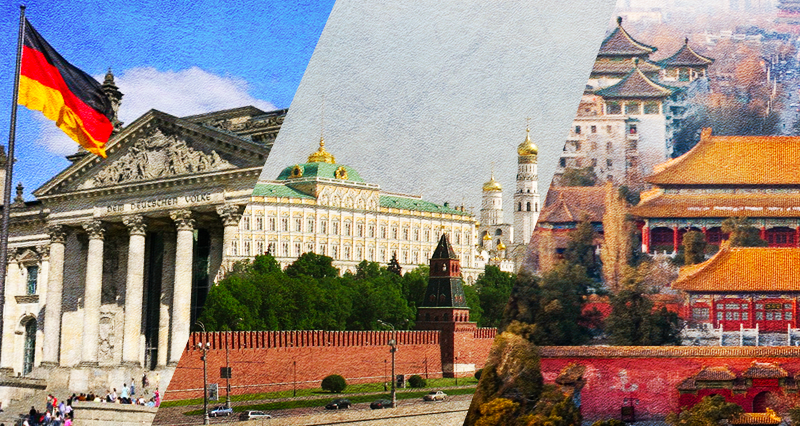 First the pandemic first and later the war in Ukraine have caused the world to enter into an accelerated dynamic of transformation and reconstruction. The avalanche of events, happenings and conflicts in which positions of different actors are taking place, aims to verify that we are in a moment of extreme mutation of the international system and the structure that supports it.

Perhaps in the future, when an attempt is made to point to a specific time and place in which this break formally began, the G20 ministerial meeting held in Bali, Indonesia, on July 7 and 8, will be pointed out as that moment. Beyond the fracture produced by certain symbolic events typical of any multilateral meeting, which in this case was expressed in the absence of the member countries of the G7 (Germany, Canada, the United States, France, Great Britain, Italy and Japan) at the dinner offered by the Indonesian Foreign Minister Retno Marsudi in her capacity as host of the meeting, as well as the refusal of that same group of countries to take the required photo given the attendance of Russian Foreign Minister Serguei Lavrov, other vicissitudes occurred that could be marking a new path in the international system.

The truth is that at the meeting, the United States failed to pass a resolution rejecting Russia’s military operation in Ukraine, which directly influenced the fact that there was no final declaration of the conclave, thus beginning the partition of the world – once again – in two poles of power. It is worth saying that the G7 remained in the minority in Bali as an expression of a global trend that has begun to manifest itself.

The repercussions of the Western sanctions against Russia and the aftermath of the decision of the European and North American countries to punish their peoples economically and financiall are becoming obvious. There sanctiond were introduced under the excuse of a necessary lesson to Russia for not accepting the “rules based order” advocated by the United States and only accepted by the 11% of the planet that has called itself the “international community”.

The confrontation of criteria that is manifested in meetings such as the G20, is far different from those in which, like the G7 and NATO, a supposed unanimity prevails that in reality is an expression of the imposition of the United States and the subordination of the European elites who have decided to bow down to Washington. These elites have thus annulled their status as relevant actors in the international system. The same is happening with Australia, Japan, and Canada, which have lost all kinds of autonomous and sovereign presence on the international scene.

A new international system is emerging

Seen in this way, a new international system is emerging that heralds the need to renew its structure. The days seem distant, when Russian athletes were excluded from certain competitions. In the same way, we recall with astonishment the attempts to make the contribution that Russian artists or intellectuals such as Tchaikovsky, Chekhov or Dostoevsky made to culture disappear. We even remember now the stupidity exposed by the fact that even Russian cats were excluded from any international competition. But no, not much time has passed, only 4 months since the neo-Nazi barbarism supported by the West has revealed that since 2014 it has proposed to use Ukraine as a model for its restoration, even supporting neo-Nazi forces that follow the fanatical ideology of Hitler, Bandera and others.

The similarity with the last century is impossible to hide. The arrival of Hitler to power in the 20th century has its mirror in the Maidan coup d’état in the 21st century. In both cases, in the face of a profound economic crisis that shakes the foundations of capitalism, the devastating extremism of fascism and Nazism was resorted to to annihilate all resistance, trying to make others bear the responsibility for the crisis. In the 20th century it was the communists, the Jews and the gypsies and now, it is Russia.

It was Donald Trump himself who demonstrated the depth of the crisis. His slogan of “Make America Great Again” clearly established that it had ceased to be and that it should return to the roots that led it to be the avant-garde power on the planet. It can be said that just as in the 19th century, when the United States became an “exceptional” country, once again its greatness meant the extermination of minorities, the expansion of the territory under its control, and a war that would consolidate its political and economic system. That is the explanation why all US presidents appeal to this supposed exceptionality, especially in times of crisis.

Now, the world is witnessing an unprecedented situation in its restructuring process. A non-ideologized bipolar world is beginning to emerge in the international system. Before, each bloc had a central power around which it was structured: the United States and the Soviet Union. The West continues to lag behind, but the other block proposes multipolarity as an option.

In an article written in October 2014 in the Pressenza website, under the title “New imperial map of the Middle East”, Stella Calloni anticipated that in Western Asia, the misnamed Arab spring induced by Washington was intended to “…balkanize this region, take over of the main resources and reach the most fundamental of the dreams of the clearly fascist leadership of the United States, ‘to control the world’, as its main advisers have exposed it especially from the 90s”.

In the situation of Europe today, it seems that the choice to rebuild that part of the planet from the imperial vision is to return to the idea of the Intermarium or Midzymorze in Polish, which means “between seas”, since it refers to territories located between the Black Sea and the Baltic. This proposal arose from the authoritarian thinking of Polish Marshal Józef Pilsudski, first president and dictator of his country during the second and third decades of the last century, with the aim of creating a federation of states that would integrate Czechoslovakia, Romania, Hungary, Yugoslavia, Belarus, Ukraine, Finland, Lithuania, Latvia and Estonia and of course Poland.

It was about building a great alliance against Russia, taking away territories of it to weaken it. This idea was taken up again after the creation of the Soviet Union through the “Promethist” project, which aimed to exacerbate ethnic differences within the great Eurasian country. As it is today, Pilsudsky’s project was also aimed at weakening Germany.

This is the explanation for the fierce opposition of the United States to the construction and commissioning of the Nord Stream II gas pipeline and its great efforts to prevent the success of the Belt and Road Initiative, which, deep down, tries to hide its desperation before the possibility of creating a great Beijing-Moscow-Berlin axis that would transform the great Eurasian space into the axis of a world power in which they would have no participation.

Although the idea of the Intermarium seemed to have disappeared in time, the deep and ancient feeling of anti-Russian hatred present in Poland, Estonia, Latvia, Lithuania and Ukraine, has taken a new course since NATO’s intention to expand to the east. The first four countries are already part of the Western terrorist alliance, which has also set out to take root in the Pacific Ocean and in Latin America and the Caribbean as a military spearhead for the control and hegemonic dominance of the United States.