France put Kaka in power… can it guarantee he stays there? 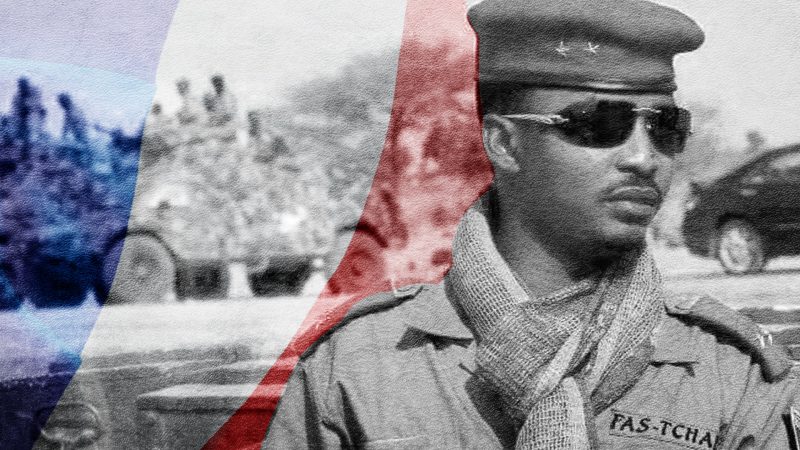 Chad is a non-monarchical country, yet last week, after the killing of President Idriss Déby in clashes with the rebels, power was transferred to his son, General Mohamed Kaka, confirming that many African countries have not moved beyond dynastic power structures.

In the wake of Déby’s murder, the constitution was suspended, and a transitional military council, led by the late president’s son, General Muhammad Kaka, was declared.

The army’s announcement of a transitional military council headed by General Mohamed Idriss Déby is a coup against the provisions of the Chadian constitution, specifically, the article which regulates the procedures for the transfer of power which prohibits a transitional military council. The scene appears to be a repetition of the events in the Democratic Republic of the Congo when Joseph Kabila succeeded his father, Laurent Kabila.

The process of transferring power in Chad is a test for the AU and its credibility. The Chair of the African Union Commission, Moussa Faki, who has been chairing the commission since March 2017, was Prime Minister of Chad from June 2003 and February 2005 during the term of the late President Idriss Déby.

In accordance with the decisions of the Lomé Summit 2000, the African Union is called to take punitive measures against Chad in light of these unconstitutional changes of governments. In 2005, the African Union went through a similar situation. The role of the Federation was clearly evident in the crisis that erupted in Togo in February of that year after the death of the Togolese President Gnassingbé Eyadéma and the illegally ascending of his son Faure in violation of the provisions of the constitution, which led to the outbreak of riots in Togo between the competing parties for power.

The African Peace and Security Council held a meeting on February 25, 2005 and declared the ruling authority in Togo to be illegal based on a resolution on the Constitutive Act of the African Union and the Peace and Security Council Protocol regarding unconstitutional changes of government. The council also issued a statement calling for the suspension of Togo’s membership in the federation and all its affiliated organizations.

In addition, the Economic Community of West Africa (ECOWAS) suspended Togo’s membership and imposed an economic embargo on it and banned all members of the government from traveling. Because of concerted international, continental and regional efforts, the crisis was contained, and Faure agreed to step down from power and hold presidential elections within 30 days, as stipulated in the constitution. The president’s son was later declared the winner in elections that witnessed international and regional monitoring.

Signs of a split

Some senior military officers who seek to preserve the legacy of the late president are accepting Kaka’s elevation to the presidency. Chad’s allies, such as France, Mali, Niger and Guinea, who overlooked the legitimacy of what happened to ensure the security and stability of the region due to the role the Chadian army plays in fighting terrorism regionally.

However, the presence of a military council in this way in Chad worsens the situation in light of the dissatisfaction of some senior army officers with the escalation of Kaka, rejecting the concept of inheritance in itself.

The most prominent of those is Gen. Idris Abd alRahman Diku, a service officer who was a member of the late Deby’s government who denounced the army’s control of the reins. He said that his words come on behalf of many of the officers.

This position means that there is a division within the army over the way to shape the country’s future, which opens the door wide to conflicts that strike the stability of that country. The situation is getting worse with the main rebel group rejecting this transitional council, arguing that Chad is not a monarchy.

The armed front for change and Concord in Chad (FACT), which has been engaged in a rebellion against President Deby’s rule since its inception in 2016, announced that it would continue it’s offensive to advance to the capital, N’Djamena. It also announced its categorical rejection of that military council. This means that Chad is on the verge of a power struggle that will leave its impacts on the stability of neighboring countries.

Be careful what you wish for

Contrary to what the allied countries wish, the transitional military council’s control of power will be counterproductive. The withdrawal of Chadian forces that are involved in the fight against terrorism will be necessary to succeed in confronting the rebels and in establishing the authority of the new council.

This measure will ease the pressure on armed extremist groups in the Lake Chad and Sahel regions. It is certain that the withdrawal of forces due to security imperatives inside Chad will create opportunities for Jama’at Nasr al-Islam wal Muslimin to target the remaining Chadian soldiers in Mali or carry out a major offensive in Chad. The new situation will affect the stability of Chad, which is of great important to France, especially the French mission to combat terrorism in the Sahel region, which has temporarily weakened armed extremist groups.

Internal unrest also threatens the security of the border in Chad, where the Islamic State in West Africa (ISWA) and Boko Haram operate around Lake Chad. The Chadian presence along the border of Lake Chad since 2015 has succeeded in preventing continuous incursions by Boko Haram or West Africa State, but the internal crisis that is drawing forces away from this region could allow extremist militants to secure a foothold on Chadian territory.

These challenges combine with another problem: Kaka’s lack of combat experience. In the eyes of many, he lacks the combat and political experiences that his late father enjoyed and kept him on top for 30 years. Therefore, it is difficult for him to obtain continuous support from the army.

Déby Jr. will face a great dilemma in preserving the cohesion of the army, especially given that his mother belongs to the Gorane ethnicity, to which the majority of the rebels that the army fights belong. Most likely, Kaka came to power only with strong support from France, which preferred him to succeed his father instead of his brother Abdul Karim, a smart person who had studied at West Point Academy and represents a strong competitor for his brother.

The question now is whether or not Paris can guarantee his position of power in light of these external and internal complications that surround the stability of Chad and threaten the continuation of any authority.