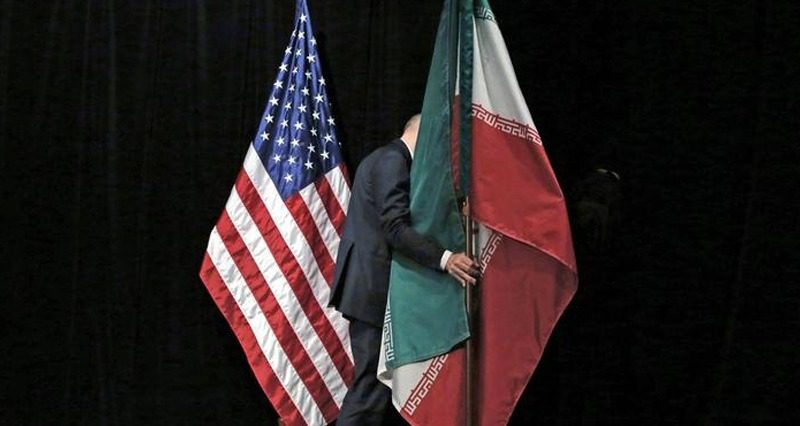 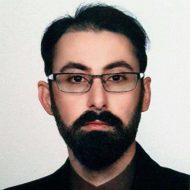 After Donald Trump took office, Obama and Rouhani’s previous diplomatic efforts and rapprochement were apparently ignored, and the two countries cut off their relations, seemingly reluctant to improve the situation… but perhaps there is more to the situation than meets the eye. Frequent tweets between American and Iranian officials, especially Donald Trump, Mike Pompeo and Mohammad Javad Zarif, covert negotiations of Mohammad Javad Zarif and Kerry and the approval of the proposed FATF (Financial Action Task Force) bills in the Islamic Consultative Assembly of Iran (which ran counter to Iran’s conservative faction), indicate something other than what the politicians of the two countries are saying publicly.

The US’ Hidden diplomacy with North Korea

In July 2017, the Associated Press claimed that since June 2017, secret talks between US and North Korean authorities to release American prisoners in North Korea had been taking place. The topic of discussion at these talks had changed after some time to more comprehensive questions such as North Korea’s nuclear weapons and missile technology. At the same time, US officials claimed that regular meetings were held between the US ambassador to North Korea Joseph Yun and the North’s ambassador to the United Nations Buck Sung Il. In the final months of 2017, Donald Trump claims he was ready to negotiate with North Korea, and if Joseph Yun had not unexpectedly resigned from his position, then we really might have seen peace between the two countries.

#USA U.S. envoy who helped with Otto Warmbier’s release to retire: Joseph Yun has been one of the few U.S. officials to set foot in North Korea amid a flurry of nuclear threats and missile tests. https://t.co/DsiwuxZ3mf #1USNews pic.twitter.com/39deP4NQih

The reasons for Yun’s resignation are unclear, but we can surmise that Trump’s high expectations of North Korea were part of his motivation because, after this incident, South Korean President Moon Jae-in also urged the United States to make more reasonable demands. Following the resignation of Joseph Yun, the task of negotiating with North Korea was assigned to Mike Pompeo, who was then the director of CIA. Pompeo also succeeded in organizing a meeting with Kim Jong-un in April 2017, with the assistance of South Korean national intelligence services director Suh Hoon.

The continuation of the secret talks between the two countries led to the release of three Korean detainees in North Korea, which paved the way for the meeting between Donald Trump and Kim Jong-un.

These are Asian American citizens. He negotiated their release and met them at the airport upon their arrival home.

Donald Trump can’t stand diplomatic games, dislikes negotiation for negotiation’s sake and usually looks for the safest and fastest way to realize his goals. These qualities orient his international relations strategy away from diplomatic games and toward a style more characteristic of intelligence agencies and covert diplomacy. Mike Pompeo, as the CIA director, was a strong resource for secret information and pursued North Korea’s negotiation through intelligence agency strategies, and, contrary to what was expected, he was successful.

Reasons for the tendency toward hidden diplomacy

Hidden diplomacy is not an alternative to diplomacy, but, in general, when official and open diplomacy cannot meet expected outcomes in relationships with other countries, authorities often pursue their goals with the help of former diplomats, university professors and lobbyists via more clandestine routes, what is also referred to as Track II diplomacy. The current state of Iran-US relations is also such that open diplomacy can not fulfill politician’s desired results.

We should not forget that the United States in its dealings with Iran only pursues two ultimate goals: “regime change” in the Islamic Republic or forcing them to change their behavior. Washington, using the experience of the wars in Afghanistan and Iraq, knows well that the option of a military battle against Iran will end with the defeat of the United States, which is why it currently considers negotiation the only way to achieve its goals. But the current US government lacks the tools needed to initiate clear and open diplomacy because the current foreign affairs ministry in the US is essentially an international department of CIA, rather than an actual foreign affairs ministry. Tehran, on the other hand, does not want to allow open diplomacy with Washington to turn into a promotional opportunity for Donald Trump like his meeting with Kim Jong Un had. Iran’s diplomacy team is also facing opposition from the Iranian people and their leader who are against negotiation with the United States. The Iranian people have looked negatively at the United States since 1953, after the coup against Iran’s Prime Minister Mohammad Mossadegh. This negative view intensified after the events of 1979. The Supreme Leader of the Islamic Republic of Iran, Ayatollah Ali Khamenei, has repeatedly stated that he does not trust the United States and has been skeptical of negotiating with a country that has such a poor record in compliance with international treaties, only allowing negotiations on the nuclear program.

In April 2018, Ayatollah Khamenei, portraying Donald Trump as a liar, said about the talks with the West: “The authorities of the country are subject to a great test; will they preserve the dignity and authority of this dear nation?” For this reason, the Iranian Ministry of Foreign Affairs tend toward covert and non-promotional diplomacy rather than open-ended diplomacy in trying to put an end to the unilateral and cruel sanctions of the United States against Iran.

The history of hidden diplomacy between the US and Iran

Javad Karimi Ghoddoosi, an MP of the Islamic Consultative Assembly of Iran, recently claimed that four people met at a dinner party in New York in 2005, two Iranians and two Americans, one of whom was head of the Soros Foundation, one of the most important US lobbying centers. On the Iranian side was Mohammad Khatami, the former Iranian president, who attended the dinner with his then adviser and the current foreign minister of the Islamic Republic of Iran, Mohammad Javad Zarif. Karimi Ghoddoosi claims that this visit was one of the most important meetings in the formation of hidden diplomacy between the United States and Iran, and considering the position of the people present at the meeting, the seriousness with which the two countries treat the strategy is evident.

An instance of the United States employing Track II diplomacy can be found at the Boeing Company. In 2002, Sweden hosted a series of talks between the United States and Iran, with the American team headed by the former Secretary of State’s deputy Thomas P. Pickering, who later became Boeing’s vice president. The important thing is that Boeing was the first company to expand its relations with Iran after the JCPoA (the nuclear deal between Iran and the 5+1 group) and, by contracting with Iran to supply several airplanes, called for the establishment of an official office in Tehran to enable American citizens to travel there easily; In fact, this office was the start of the resumption of US-led hidden diplomacy to negotiate with Iran. It should be noted Pickering is a senior member of the International Crisis Group, who played a key role in the formation of the JCPoA.

Of course, these are not the only cases of hidden negotiations between the two countries which also include the MacFarlane’s trip to Iran, the phone call from Bush Sr. to Akbar Hashemi Rafsanjani (the former Iranian President) and Joe Biden’s efforts to communicate with the Iranian parliament.

What will happen next?

Although the foreign minister of Iran, Mohammad Javad Zarif, is a master of international negotiations, Europe’s role in this regard should not be overlooked, as Europe may also play a role in facilitating relations between the United States and Iran through pursuit of “shuttle diplomacy” such as Henry Kissinger carried out during the Yom Kippur War, that is, the role of mediator between the two actors who refuse to accept each other to negotiate. But here, the big challenge is Iran’s lack of trust in Europe because of Europe’s dishonesty on various issues.

Given these examples hidden diplomacy is likely the only path moving forward, however, the gap between Iranian-American expectations and internal opposition on both sides will remain the biggest challenges to its realization.