“Blue Homeland” triumphs at the UN 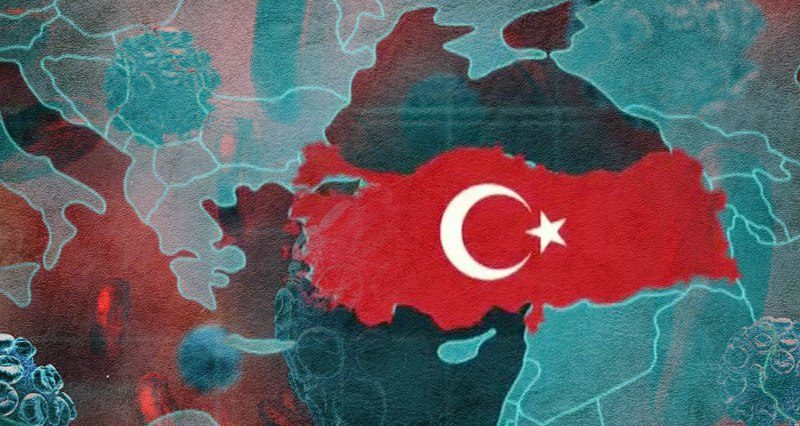 The Turkish Defense Ministry announced that the United Nations (UN) has registered a memorandum between Turkey and Libya on the demarcation of maritime borders.

“The agreement determining maritime jurisdiction areas between Turkey and Libya was registered by the UN. Our multi-faceted relationship with Libya based on a common history of 500 years and our training, assistance and consultancy support to the UN-recognized Government of National Consensus will continue,” the Turkish Ministry of Defense reported.

Turkish Foreign Minister Mevlüt Çavuşoğlu also tweeted the news that the UN has registered a Libyan-Turkish agreement on the demarcation of maritime zones.

The Maritime Boundary Demarcation Memorandum was signed by Turkish President Recep Tayyip Erdoğan and Prime Minister of the Government of National Accord (GNA) of Libya Fayez Sarraj on November 27, 2019. It gives Turkey the opportunity to claim vast areas of the offshore in the Mediterranean Sea. This offshore is important both from an economic point of view (oil and gas reserves) and from a security point of view.

On September 30, the UN issued a certificate of registration for the memorandum, mentioning it was registered “in accordance with Article 102 of the Charter of the United Nations”.

This Article says that “Every treaty and every international agreement entered into by any Member of the United Nations after the present Charter comes into force shall as soon as possible be registered with the Secretariat and published by it.”

It also says that “no party to any such treaty or international agreement which has not been registered in accordance with the provisions of paragraph 1 of this Article may invoke that treaty or agreement before any organ of the United Nations.”

Thus, from the moment of registration of the Turkish-Libyan agreement, Turkey and the GNA may, in accordance with international law, refer to this memorandum in the framework of the UN bodies.

It should be kept in mind that from the point of view of the Vienna Convention on the Law of Treaties, these treaties come into force in accordance with the conditions prescribed in them and the national legislation of member states.

The Memorandum signed by President Erdoğan was published on December 8 last year in the official newspaper of the Turkish government Resmi Gazete, and thus entered into force in Turkey. Registration in the UN does not mean that the treaty was not in force until then. The fact of registration means a step towards international recognition of the agreement, which was refused by many UN countries, primarily Greece, Southern Cyprus, France and Egypt.

The Memorandum on the Maritime Boundaries of Turkey and Libya was an important stage in the implementation of the Mavi Vatan (“Blue Homeland”) doctrine developed by Admiral Cem Gürdeniz.

What is the Blue Homeland in the 21st century?

The main idea of “Mavi Vatan” is to expand Turkish naval presence and claim sovereign Turkish rights in Eastern Mediterranean and beyond, to strengthen the sovereignty of the states of the region.

The memorandum on the delimitation of maritime boundaries between Turkey and Libya was important as a geopolitical counterbalance to the Greek-Israeli-Egyptian-UAE-French bloc, which opposes Turkey in the region.

In December 2019, the Committee on Foreign Affairs of the House of Representatives sitting in East Libya asked the UN not to recognize the maritime zone agreements signed between Turkey and the authorities in Tripoli.

The Greek Foreign Ministry sent letters to the UN secretary general and chairman of the UN Security Council with request not to recognize memorandum between Turkey and Libya on sea zones.

Imperialist attacks against the Blue Homeland

Then Greece in a letter to UN secretary general António Manuel de Oliveira Guterres asked him not to register the agreement with the United Nations.

However, the UN did not respect Greece’s requests. As a result, the memorandum was registered and it can be considered a geopolitically offensive defeat for Athens.

Europeans are afraid of Turkey

Greece has predictably opposed the registration.

The Greek diplomats said that the registration and publication of all types of agreements submitted by states to the UN Secretariat is a formal and technical procedure. This action does not legitimize the texts of the protocol and does not imply recognition of their content by the United Nations.

So far, however, the statement seems to have been totally ineffective. Ankara is effectively promoting its geopolitical position; it’s opponents can do little more than offer unsubstantiated accusations.

On October 2, the head of European Council Charles Michel announced that during the first days of the EU summit the heads of states and governments of the European Union didn’t introduce sanctions against Turkey for its actions in Mediterranean Sea as Cyprus had wanted, but had agreed “to give a chance to political dialogue”.

Two weeks ago the European Parliament adopted a resolution in which it expressed full solidarity with Greece and Cyprus and threatened Turkey with sanctions.

On October 1, NATO announced the establishment of a military mechanism for solution of conflict in Eastern Mediterranean between Greece and Turkey.

The mechanism envisages the establishment of a hotline between Greece and Turkey to be used to resolve conflicts at sea and in the air.

Earlier it was reported that the military of Turkey and Greece held talks to prevent conflicts in the Mediterranean Sea.

Although Greece and France have previously tried to raise stakes in the eastern Mediterranean, they have de facto been isolated in both the EU and NATO.

In the current situation, Turkey is not prevented from continuing its policy of asserting its rights in the Mediterranean. The Turkish leadership’s tough and uncompromising stance has proven effective. Ankara has proven that defending its sovereign rights and claims without being afraid to use force is a working strategy. Thus, Turkey will be even more active in promoting the Mavi Vatan agenda.