Venezuela surrounded by enemies: the United States is still plotting 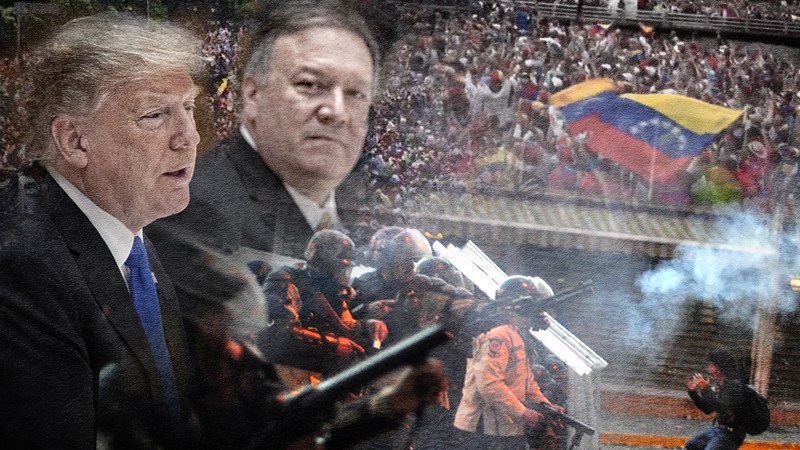 US Secretary of State Mike Pompeo has openly stated that Washington is working to remove Nicholas Maduro from power.
“The purpose of the mission we have together is to make Maduro go away. I met with the president of Venezuela, Juan Guaidó, who talked about the terrorist threat to the citizens of his country,” Pompeo said in an interview for Caracol TV.

The coup attempt in Venezuela took place a year ago during protests supported by the United States, when opposition leader Juan Guaido declared himself interim president on the grounds that he was the speaker of parliament at the time of the “coup d’état.”

A year has passed and Guaido has made almost no progress. Although formally recognized as head of state by some 50 countries (while President Nicolas Maduro is recognized by only a few, including Turkey, Russia and China), and although he speaks at Davos and makes comments to the Western world, he has neither mass popular support nor real power. Maduro has been and remains the only legitimate ruler of the country.

Since then, the US has not abandoned attempts at a government-sponsored spin-off in the country: sponsoring opposition media, holding behind-the-scenes meetings outside official channels and reinforcing military bases. 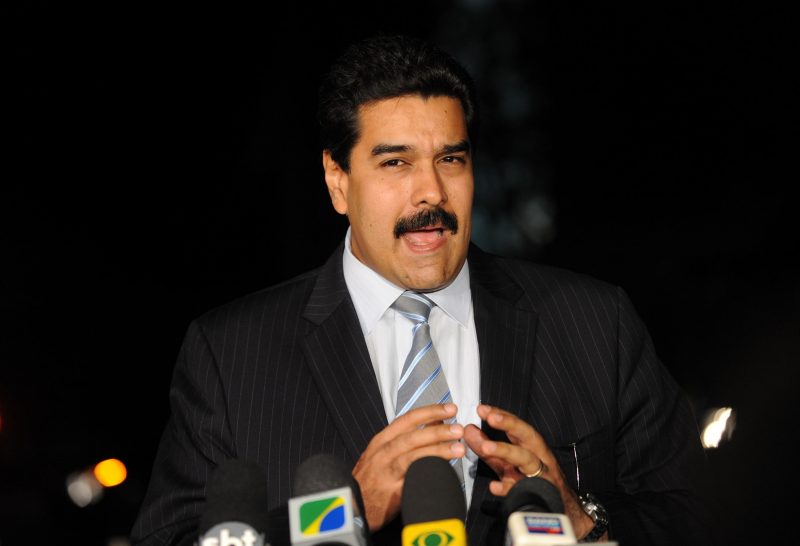 Unrest in Venezuela mysterious appeared alongside increased American activity and interest in the country. The US Special Envoy to Venezuela, Elliott Abrams, recently stated that the country continues to support Guaido.

“We continue to support him fully,” Abrams said. “There is no reduction in support at all in the United States.”

At the same time, according to Lechuguinos.com, Abrams admitted to funding the anti-government Venezuelan press. 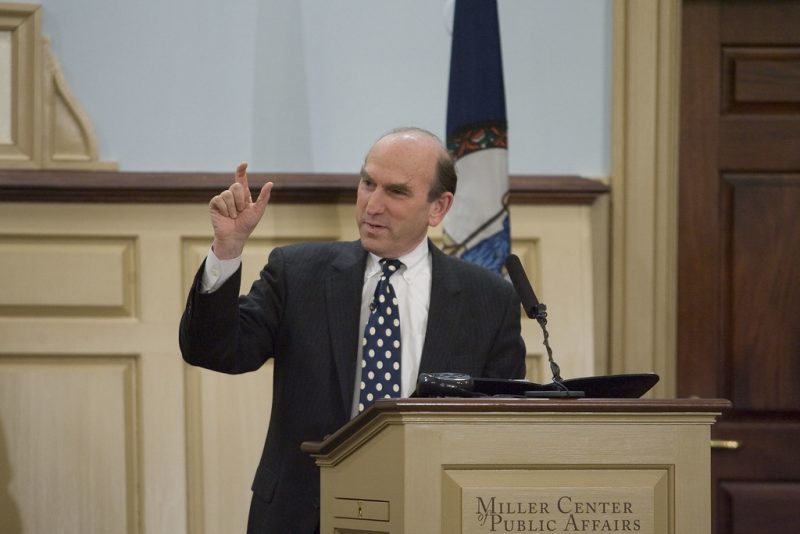 In 2019, another scandal appeared in the media: the case of businessman Alejandro Betancourt, who introduced the personal lawyer of President Donald Trump, Rudy Giuliani, to Guaido.

Reuters reported that Betancourt first told Giuliani that he was providing financial support to the Venezuelan opposition, hoping to soften the position of the US Department of Justice in his money laundering and bribery case. A month later, at a meeting in Washington, Giuliani called on the prosecutors of the Justice Department to go easy on Betancourt, reports the source.

Thus, the Americans are using various tools to influence the internal situation in Venezuela – information, political and economic (pressure by sanctions), continuing to squeeze money through various channels to undermine the situation in the country. Then, having provoked the internal problems themselves, they blame the “Maduro regime” for the results. They also continue to send money through various channels to destabilize the situation in the country.

Military intervention in Venezuela remains a real option for the US.

One year ago, Trump said US military intervention was under consideration in an interview with CBS. “Certainly, it’s something that’s on the table, it’s an option.”

Speaking about the possibility of a military scenario this year, Abrams referred to Trump:

“The military option in Venezuela does not depend on Guaidó, it depends on Trump.” Abrams stressed that “as we have seen in the Middle East, any president of the United States, if he wants to use force to defend our national interests, is going to use force.”

The danger for Venezuela is increasing, especially given the position of neighboring countries Brazil and Colombia, whose leadership is violently pro-American and openly opposes the Venezuelan “regime.” For example, in December, Venezuelan army deserters led an unsuccessful attack against their country. With support from neighboring right-wing countries, the ex-soldiers planned to launch three attacks against the Venezuelan government on Christmas Eve. One attack was aimed at the Venezuelan state of Bolívar on the southeast border with Brazil, the second was an invasion by sea and the third near the border with Colombia. After that, the Brazilian government decided not to hand over the military to the Venezuelan authorities. 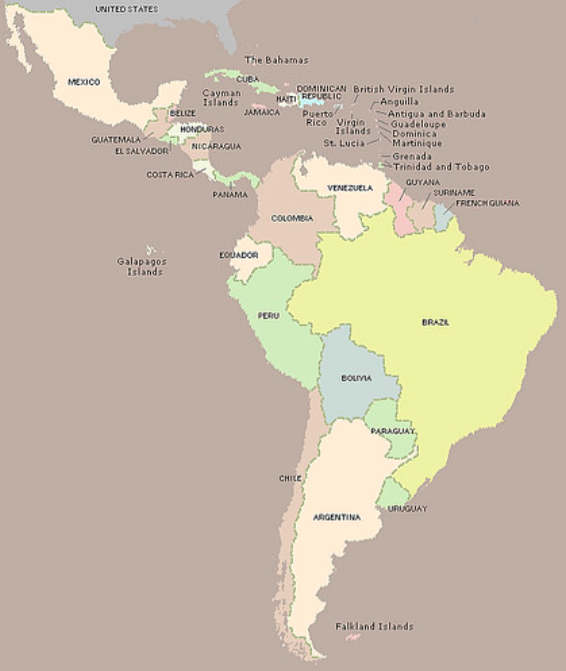 The attacks all failed, but more will clearly follow. Unnamed sources told O Globo that the ultimate goal of the operation was to create a force to carry out increasing attacks against the Venezuelan government, thus initiating a prolonged violent uprising in the south near the border zone with Brazil.

Venezuela’s communication minister, Jorge Rodríguez, declared that the defectors not only had support from the government of Bolsonaro, but were also trained in paramilitary camps in Colombia.

In the case of Colombia, the situation is even more dangerous, given that the border is easy to cross illegally through the forest. Thus, there is also a wide range of maneuvers for partisans, deserters and mercenaries. Given the fact that Colombia accuses Venezuela of supporting the left-wing guerrillas – the ELN and FARC units, this could potentially be a reason for an invasion of external forces with US support. The US administration has already assured the Colombian authorities that it will support the country if it takes military action to “push back against attacks” across the border with Venezuela.

Colombia has already tried to accuse Venezuela of exporting militants, but failed to prove their case.

Their dossier included years-old, uncredited photos from news agencies taken in Colombia provoking wide-spread outrage from people who called it “fake news.” The armed forces’ head of intelligence, General Oswaldo Pena, was removed from his post as a result.

And yet, the legend of Venezuelan fighters is still used, like the myths about Syrian chemical weapons, as a pretext for an invasion.

Human Rights Watch is already active in an information campaign on the ground ,trying to discredit the Maduro government with the same rumors.

Colombian diplomats were also caught discussing strategies for regime change in Venezuela (according to an audio recording published by the Colombian news website Publimetro, Colombian Foreign Minister Claudia Blum and Ambassador to the US Francisco Santos discussed different scenarios).

The Hill predicts that the worst-case scenario would be the decision to create a humanitarian sanctuary: “Such a safe zone would indeed require armed forces, perhaps numbering in the low tens of thousands, primarily from regional powers. American contributions would likely center on logistics and intelligence. But the purposes would be for defensive and policing purposes near and within the safe haven and confronting transnational crime rather than maneuvering warfare.”

Meanwhile, the Americans are already conducting exercises in Colombia. During January 23-29 exercises, US and Colombian paratroopers are conducting an airborne training insertion from C-130 Hercules aircraft. As Navy Adm. Craig Faller said, Americans are “honored to train with Colombia, a close friend of the U.S. and global partner to NATO.”

The third point of instability along the Venezuelan borders is Guyana, with which there has been a historic territorial conflict. The American military arrived in Guyana last year, and as Maj. Gen. Andrew Croft, “Guyana is going to become a larger player in this region, both economically and politically in the future, so it’s important that we are closely tied with them,”. The deployment for four months is led by the US Air Force and is called New Horizons humanitarian outreach

Meanwhile, strange coincidences have begun to emerge against the backdrop of Venezuelan instability: recently, details were revealed of Erik Prince’s November visit to Venezuela in November. Prince the founder of the scandalous mercenary company Blackwater, and is close to the ideologist Stephen Bannon, whose sister is the US Minister of Education.

Prince’s goal may have been to try to eliminate Maduro in parallel with Washington’s official efforts, as the State Department’s efforts to achieve this goal have clearly failed.

Market Watch reports that while in Caracas, Prince also met with representatives of the opposition (although Guaido has denied it).

As Reuters reported earlier, Prince has been pushing a plan to deploy a private army to help topple Maduro.

On the one hand, Prince’s initiative may look like an attempt to establish an informal channel of communication with Maduro. It’s no coincidence that after his visit, Maduro said he was ready to talk to Trump.

However, this informal channel does not impose any obligations on the US. Promises can be broken at any moment, and Prince might simply be probing Maduro’s entourage trying to find the weak link. It is quite possible that the Americans are looking for new faces and points of reference in the event of another coup attempt. 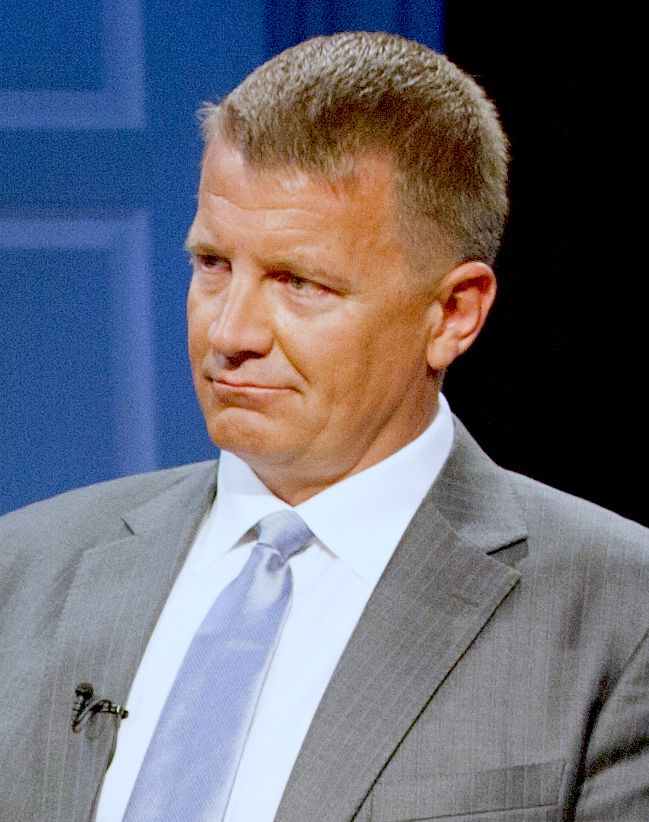 The US strategy to overthrow Maduro in Venezuela is comprehensive. In addition to open sanctions, it includes information warfare, sabotage from Colombia and Venezuela, a demonstration of military force at the borders and constant hints of military intervention.

At the official level, the US is not excluding the military option and is using Venezuela granting asylum to Colombian guerrillas as a pretext. Given that the Americans are conducting military training of partner countries on the continent, such a scenario has not been excluded.

Simultaneously with pressure on all fronts, the Venezuelan government is being probed (through official and unofficial channels) to find the weak links.

Venezuela needs to be more attentive to this kind of contacts and not allow itself to be deceived, not to give in to promises that the US will not keep. Venezuela also needs to pay close attention to its defense capabilities and border control in order to avoid provocations and attacks, while simultaneously conducting active information counterattacks.

One response to “Venezuela surrounded by enemies: the United States is still plotting”