The US is already interfering in the upcoming Venezuelan elections 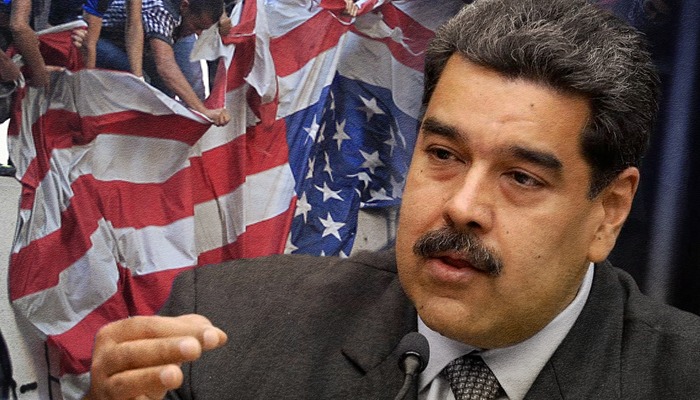 US President Donald Trump has maintained strong economic pressure against Venezuela, having signed numerous decrees blocking the assets of the Venezuelan authorities within US jurisdiction. Giants such as the Central Bank of Venezuela and the state-owned oil company PDVSA were also included in the sanctions list.

Now, Washington has announced it will even impose sanctions against foreign citizens supporting or trading with the country.

A Political and economic blockade

The United States has moved from sanctions to a full embargo against Venezuela.

While the announcement did not include the immediate deployment of the U.S. Navy to enforce the blockade, Washington is now ostensibly forcing other countries not to trade with Venezuela in any capacity.

The United States is threatening to impose sanctions on any organization, company or institution that maintains any kind economic relationship with Venezuela.

“Donald Trump says that he is considering imposing an embargo on Venezuela meaning that no vessel enters or exits. It is a blockade” commented Venezuelan president Nicolas Maduro.

According to Maduro, “criminal imperialism will not cope with Venezuela. The waters of Venezuela will be free, sovereign and independent. We will sail there the way we chose to. Get ready for a fight if you want to introduce an embargo on Venezuela”.

At today’s press conference outside of the White House on the criminal U.S. economic war against #Venezuela.#HandsOffVenezuela #TrumpDesbloqueaVenezuela pic.twitter.com/KLq5Zg7GGF

The sanctions imposed on August 5 block most Venezuelan assets located in the United States, prohibits transactions between the two states and threaten all international or private organizations owning property in the United States, using the American financial system or intending to start a business in the country against doing business with Venezuela.

How strongly will Venezuela be effected?

The mainstream media is particularly replete with fake news and exaggerations when it comes to Venezuela. If the economic situation was as catastrophic as Western media indicates, why do massive crowds (by many estimation millions of people) come to the streets in support Maduro? The crowds are certainly far larger than those that came out for protests called by US backed opposition leader Juan Guaido. In light of these facts, it is clear that the Venezuelan government was correct when it said that the US latest measures are directed against the people of Venezuela.

The US has broadened its attack from government targets and is now even threatening the private sector, leaving many companies in fear of being backlisted simply for doing business with Venezuela.

At a rally against the economic blockade, Maduro called for a substantial increase in oil production in the country to help alleviate social problems in spite of the increased foreign pressure.

At the same time, Venezuela has organized a massive petition drive, collecting signatures to showcase popular opposition to the US’ blockade. At least 13 million people are expected to sign.

According to the organizers, the purpose of the action is to break through the information blockade and demonstrate the consequences of economic and other restrictive measures to people in the west.

Internal crack-downs on pro-Western elements in Venezuelan society have also begun – the Venezuelan National Constituent Assembly, loyal to President Maduro, has stripped the immunity of four members of the opposition parliament in order to strengthen its power. Three are being accused of treason and the fourth on suspicion of involvement in the April 30 coup effort.

In total, the constituent assembly deprived almost 20 deputies of immunity.

Meanwhile, international negotiations are at an impasse. On August 8, negotiations between the government and the opposition were held in Lima, but no decisions were reached.

No Agreements at Meeting against Maduro and #Venezuela in Lima https://t.co/Z0AbBzZG1E pic.twitter.com/SyG99fuI2x

The international conference on Venezuela which ended on Tuesday was inconclusive, ending without a joint declaration on the United States’ blockade nor any other formal agreements.

Peruvian Foreign Minister Nestor Popolizio presented a summary of the event saying that participants from nearly 60 countries, including National Security Advisor John Bolton, were in agreement regarding the US blockade, and threatening any who might choose to violate its terms.

In January, the US staged an open coup attempt in Venezuela. Since January 21, after the legitimate election of Maduro, mass protests began. The head of the National Assembly, Juan Guaido, illegally proclaimed himself the interim head of state, and several Western countries, including the United States, announced their recognition as the new president.

After the coup attempt, Maduro openly called Guaido a puppet of the United States, while other states (China, Turkey, Russia and others) supported the legitimate president.

Then, on January 28, Washington announced the imposition of sanctions on PDVSA, blocked the assets and interests of the company in its jurisdiction for $ 7 billion, and also banned transactions with them.

The US did not take into account that many Venezuelan allies (on both state and private levels) are no longer afraid of US sanctions as they are already under extreme pressure. This applies to Russia (under penalties for alleged “interference” in the US elections), Turkey (over various disagreements including the purchase of Russian S-400 missile defense systems), and China (as a result of the ongoing trade war, scandals with Huawei, etc.).

Caracas will continue to cooperate with at least these governments, and perhaps even further integrate into the Eurasian vector. For instance, Russia’s Rosneft will remain a major importer of fuel to Venezuela.

The Chinese, who condemned interference in the internal affairs of Venezuela, have launched a facility that will increase oil production in Venezuela by mixing it with lighter grades. This project will be a joint venture between PDVSA and a Chinese CNPC called Sinovensa.

Maduro and the People

Most importantly of all, the Venezuelan masses remain on Maduro’s side.

Tens of thousands of Venezuelans participated in a march against the criminal economic blockade against #Venezuela. #HandsOffVenezuela #TrumpDesbloqueaVenezuela

It is rather curious that this flare-up is occurring on the eve of new elections in Venezuela – the US’ tactic is obvious: to weaken Maduro’s position before they begin. The Venezuelan National Constituent Assembly will create a commission that will determine the date of the parliamentary elections; it is even possible that elections to the National Assembly will be held this year (or 2020).

In July, Venezuelan President Nicolas Maduro announced that the country’s authorities were ready for the election.

Venezuela is undoubtedly in the midst of a serious crisis, yet, this crisis can also serve as an incentive for Eurasian integration and strengthening ties with other anti-globalist forces.