Who Will American Soldiers Fight With in Saudi Arabia? 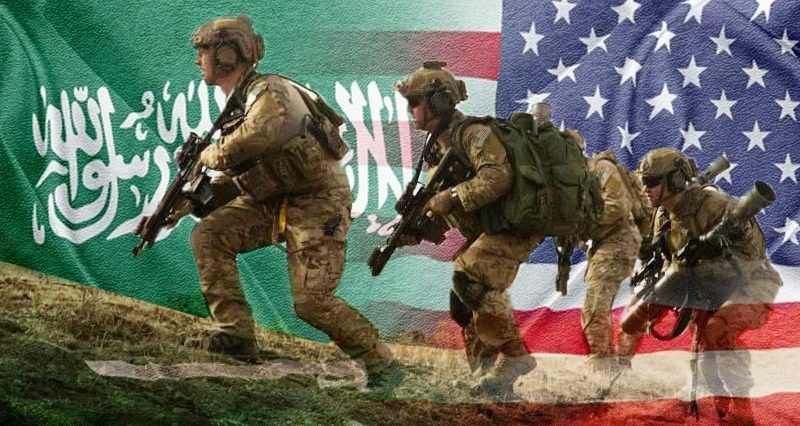 President Donald Trump’s Administration is getting ready to deploy hundreds of servicemen to Saudi Arabia as tensions with Iran are mounting, CNN said in a report quoting a well-informed official at the Pentagon. He revealed that some 500 soldiers would be sent to Prince Sultan airbase to the south of Riyadh.

Sources told CNN a small number of U.S. military and auxiliary personnel and have already arrived at the base to do preparatory works for the installation of Patriot air defense missiles, as well as for improving the runway and the airdrome facilities there.

The U.S. Central Command (CENTCOM) issued a statement later confirming the deployment of a U.S. contingent in Saudi Arabia on the background of the growing risk of a war with Iran.

Specifically, CENTCOM said the deployment “provides an additional deterrent, and ensures our ability to defend our forces and interests in the region from the emergent, credible threats.”

Saudi Arabia confirmed on its part the decision to host the U.S. contingent on its territory aimed “to increase joint cooperation in defense of regional security and stability and to preserve its peace.”

Officials have not specified the exact number of U.S. soldiers heading for Saudi Arabia so far.

U.S. military presence on Saudi soil started in 1991 during the Desert Storm operation that followed the Iraqi invasion of Kuwait. This was an unprecedented operation in terms of the use of airpower, smart and high-guided weapons. To prevent the spread of Saddam’s aggression to other countries of the Persian Gulf, the U.S. used up to 90 percent of its airlifters, particularly the aircraft of civilian airlines chartered by the Military Airlift Command, as well as 180 airliners and civilian passenger jets. Over the five months of the airlift effort, a total of 264,000 servicemen and personnel and 240,000 tonnes of cargoes were delivered to the area of the conflict.

Today, 28 years ago, U.S. forces reminded the world of their strength during Operation Desert Storm. pic.twitter.com/VuAGHqkjUD

Since 1990, the U.S. had active military presence in Saudi Arabia through to 2003 when Defense Secretary Donald Rumsfeld announced a pullout of the greater part of U.S. forces from the desert kingdom. After their withdrawal, U.S. has been using limitedly the Eskan Village base.

And what reasons could the U.S. have for a buildup of its military contingent in Saudi Arabia now?

The current U.S. steps can scarcely be viewed as a measure aimed at Saudi Arabia’s full protection against an enemy. The deployment of U.S. troops reflects the economic aspect of Washington’s foreign policy, in the first place. It is common knowledge that the U.S. and the Saudis signed several agreements on the exports of weaponry worth many billions of dollars to Riyadh since Trump m0ved into White House. The Saudis, however, do not know how to handle these top-notch weapons. They stand in need of training, and that is why one of the possible options is to send U.S. instructors through the missioning of a small enough contingent of 500 men there. 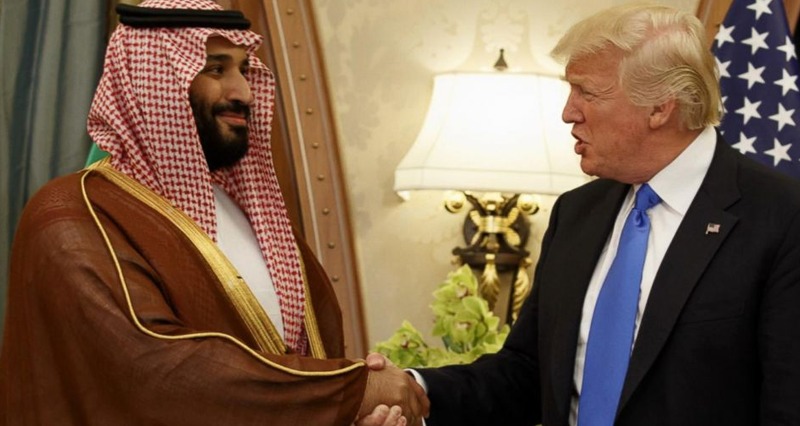 In this way, Washington is showing to Riyadh they will act as a cohesive military and strategic bloc in case of a possible crisis or war.

Trump's $110 billion arms deal with the Saudis only fuels the terrorism they claim to oppose, says @asadabukhalil. https://t.co/ypmSz1bIze pic.twitter.com/XjiUbWlIfe

There is barely any doubt that the deployment of 500 soldiers will not help Saudi Arabia significantly, as it has already acquired a rather deplorable experience in knocking up the military coalitions against Yemen and Syria. The Saudis failed to emerge victorious from struggle against the Houthis in Yemen where the Saudi troops have used advanced U.S. fighter jets and armaments. More than that, the Saudi forces themselves became targets of shelling by the Houthis. Washington will not push the newly dispatched soldiers into a conflict in the Middle East where the Americans have not been engaged so far. The use of U.S. forces against the Houthis looks improbable. That is why the presence of American troops in Saudi Arabia will have a more strategic character.

The majority of Persian Gulf littoral states are reliable economic partners for the U.S. They American armaments but some of the regional actors have been building political and defense cooperation with Russia of late. Washington does not like the rapprochement between its Arab partners and Moscow in the economy and the energy sector. It also cannot stand the possibility of Russia boosting defense competition among the member-states of the Cooperation Council for the Arab States of the Gulf (GCC).

The U.S. will lose billions of dollars should, the Arab countries copy from Turkey’s example and begin buying the Sukhoi-35 fighters instead of F-35’s or opt for the S-400 air defense complexes and other armaments of Russian manufacture.

Washington obviously has apprehensions regarding the possible falling-apart of its alliances in Russia’s favor and therefore it needs total control over the market of defense technologies in these countries and an opportunity to watch them and gather information on Moscow’s actions. For this purpose, it needs stronger military presence there.

THE HORMUZ STRAIT AND PROXY WARS

Beyond any doubt, Iran is the prime target for the U.S. and the missioning of U.S. military to Saudi Arabia is part and parcel of the policy of intimidation towards Iran that consists in subjecting Teheran to maximum pressure as a means of forcing it to begin new negotiations. The latter would embrace its ballistic missile program, among other things.

Besides, Washington is concerned by the tensions in the Hormuz Strait. The tanker war that has broken out between the UK and Iran puts its interests at risk. American tankers are also transporting oil across the zone of tensions today. Saudi Arabia is the main supplier of crude to the U.S. The U.S. Energy Information Administration (EIA) says the American companies import 1.33 mln barrels of crude from the U.S. (which makes up 17.2 percent of total imports). 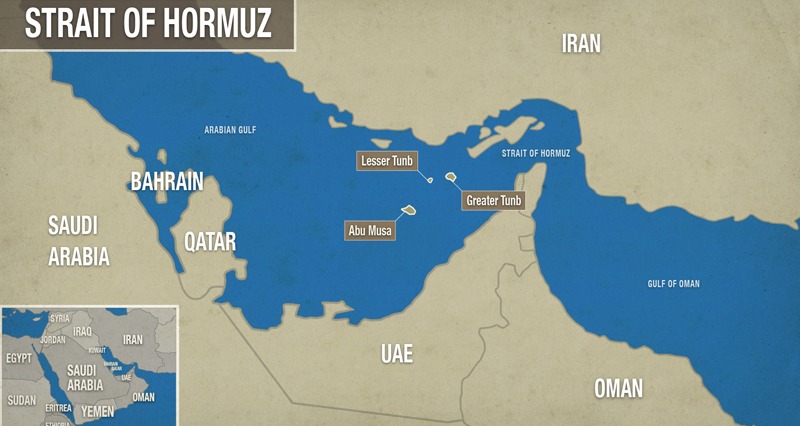 The latter fact explains for why the U.S. needs a maximum increase of control over the traffic of its tankers in the region. And it needs more military resources for this. Besides, the Americans would fancy establishing control over the tankers of their competitors that continue buying Iranian oil in defiance of the U.S. sanctions. China is number one among them.

As still the U.S. will be training the contingent of 500 men on the Saudi territory for direct military operations against Iran does not look plausible. The Americans do not want plunging into an outright military conflict in the Middle East, including a confrontation with Iran, for a number of reasons. The inordinate expenses that the “crushing of the Iranian regime” will require will be hard to make up for, especially if one looks at the huge U.S. government debt. The involvement of the U.S. or its military in any armed conflict in the Middle East is fraught with high risks for the American interests and economy. But the American military can take part in wars indirectly as commanders of or consultants for the armed forces of the countries that will engage in an immediate war with Iran.