The principle governing the world oil market is, simply put, supply and demand. When there is a balance between supply and demand in the oil market, prices remain stable. Based on assessments by geopolitical theorists, an open conflict in the Strait of Hormuz, and even the threat of a possible conflict, can have dangerous consequences for energy security, and, consequently, energy producers and consumers themselves.

The Strait of Hormuz is one of the most important international waterways in the world, and facilitates the export of about one-fifth of the world’s crude oil. Due to reduced Iranian oil exports and instability in the region, the price of crude oil has increased dramatically in recent weeks, and the closure of the Strait of Hormuz will likely continue to spark turbulence in the global energy market.

The control of resources and energy pathways (which play a role role in energy security and economic growth of major energy consuming countries) has always been a priority of world powers and factored in heavily to global political equations. The United States sees an opportunity to control oil trafficking in important export zones such as the Strait of Hormuz to reduce the economic growth of China and other countries.

For China, oil security is the most important issue in regard to energy security, while for other countries it is often gas or other fuels. According to the latest statistics, China is the biggest beneficiaries of the Strait of Hormuz; they receive about 4 million barrels of oil per day from Saudi Arabia, Iran, Kuwait, Iraq and the United Arab Emirates. Around 42% of China’s imported oil passes through the Strait of Hormuz. 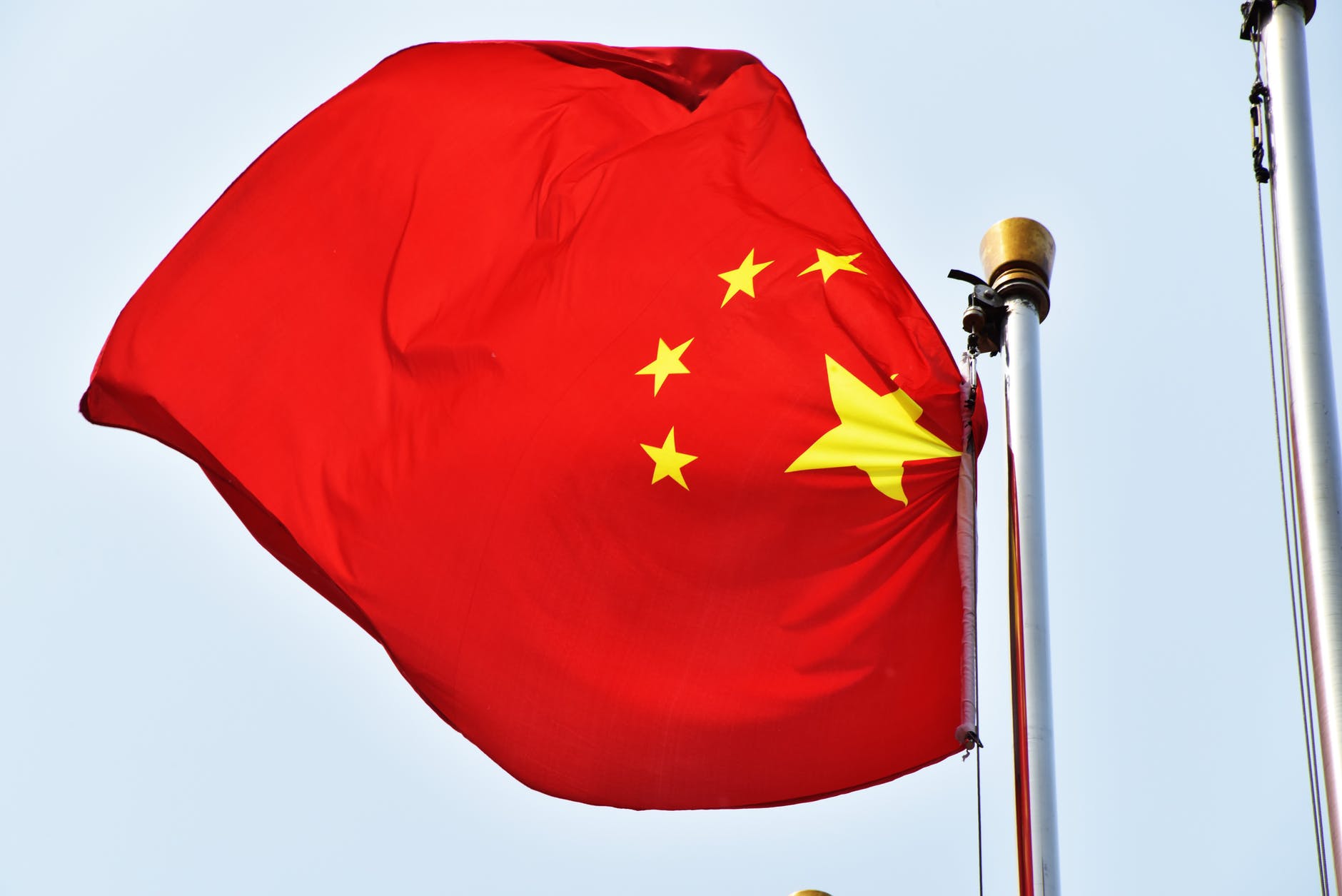 Lowering the importance of the Gulf region’s oil for the United States may reduce the security of their interests in the region. The use of regional markets, the prevelent issue of international terrorism and the prevention of non-peaceful nuclear expansion, along with controlling the flow of oil and energy, are among the major factors compelling US interest in the region. This assures that competition and security questions for China in the Strait will only continue to rise.

THREATS TO CLOSE OF THE STRAIT OF HORMUZ

Iran’s recent threats to shut down the Straight are hardly the first of their kind. Last year, Iranian President Hassan Rouhani said that if the United States continues its efforts to cut Iran’s oil exports, Iran will ensure that no other country can export its oil. Iran’s Supreme Leader Ayatollah Khamenei said that Rouhani’s threats represent the official policy of the government. Unilateral action by Iran to stop shipping ships in the Strait of Hormuz, according to international law, will be considered as the pretext for war for those countries that rely on the Strait and their allies.

The strategic position of the Strait of Hormuz allows Iran to levredge its control in order to achieve specific economic and political goals. If the Straight were to be closed, the flow of oil would spiral into a deep shock, making it very difficult for countries that ship oil from the area, and very costly on their economies.

THE CARTER DOCTRINE AND THE IMPORTANCE OF THE STRAIT OF HORMUZ

In the early years of the Iran-Iraq war, under the aegis of President Jimmy Carter, “Centcom” was established to maintain security and stability in the Gulf region. The principles of the Carter Doctrine in regard to Persian Gulf security are as follows: “Any attempt by foreign forces to attack the Persian Gulf is an attack on the vital interests of the United States. Such attacks must be repulsed in any way that is necessary, including military action.” 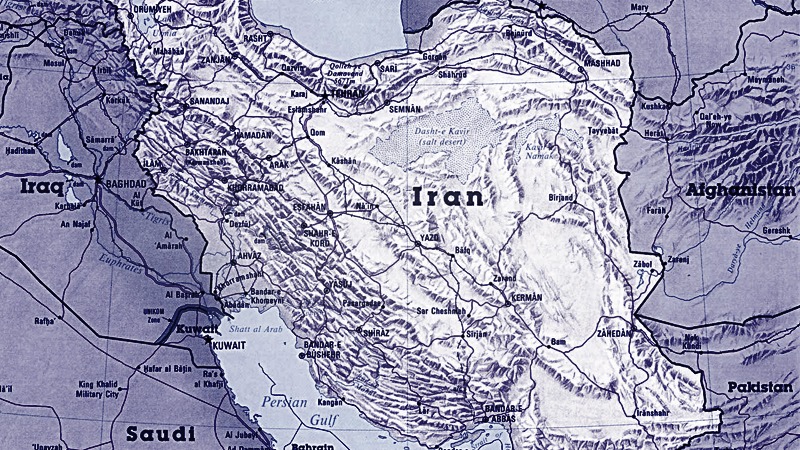 ALTERNATIVE ROUTES TO THE STRAIT OF HORMUZ

Saudi Arabia built pipelines in 2007 that would allow the transit of oil from the Persian Gulf to bypass the Strait of Hormuz. The Saudi Arabia Petroline (East-West pipeline) is 750 miles long, extending from oil fields east of the country to the Red Sea in the west to the port of Yanbu.

Through the petroleum system, the Saudis can go round the Strait of Hormuz or Bab Al-Mandeb and reach tankers in the Red Sea, and from there the Suez Canal and the Mediterranean. The pipeline has not yet been completed. Saudi Arabia also has an inactive pipeline that crosses Iraq, but has ceased Iraqi operations after the Iraqi invasion of Kuwait.

Earlier this year, the UAE, with the intention of circumventing the Strait of Hormuz, signed a contract with a Korean company (SK Engineering and Construction Company (SKEC) to build the world’s largest oil storage facility. The capacity of this warehouse will be 42 million barrels. This oil storage will be built in the Fujairah area of ​​the eastern part of the country (by the Emirate coast of the Oman Sea and the eastern side of the Strait of Hormuz). The UAE has already built a pipeline that can transport 70 percent of its oil production to the international markets without the Strait of Hormuz.

Meanwhile, in the event of a military conflict in the region, plans to bypass the Strait of Hormuz will not provide security for the transfer of oil from the region to the global market.

Along with carrying oil from the Strait of Hormuz, more than a quarter of the world’s LNG is also transported through the waterway. The importance of the Strait of Hormuz for Qatar is more than other countries in the region. As the largest LNG producer and exporter, the country needs the stability and security of the region to deliver LNG to its customers (mainly in East Asia) at a specific time. Given the fierce competition in the global LNG market and the widespread investment of the US, Australia, Russia, Mozambique and in the LNG industry, any conflict in the region will cause not only part of Qatar’s share of the LNG market to be lost, but other countries will be able to replace Qatar as the largest producer and exporter of LNG. In the event of a military conflict in the region, the LNG market will also be damaged. The price of this product will increase and countries that simultaneously import oil and LNG from the region will be more harmful.

Maintaining security in the Strait of Hormuz is vital for all oil-exporting countries. If the Saudi and Emirate pipelines can reach the Red Sea with full capacity, and the UAE’s stockpile will be operational on time, and the need for these countries to use the Strait of Hormuz will be reduced. In this context, the strategic importance of the Strait will be reduced for exporters and consumers in the medium term. This would mean a geopolitical change in energy in the medium term. 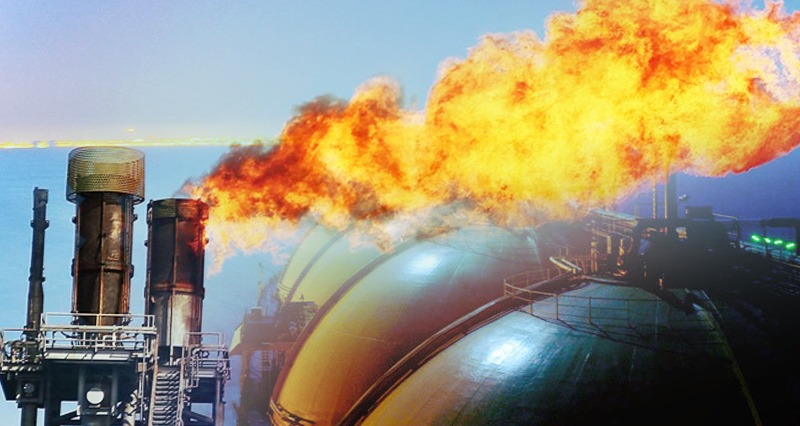 Every country in the region relies on its stability and security in order to export oil and related products in time. Because of this, any conflict in the Strait of Hormuz is against the national interests of Qatar, which exports oil and is the world’s largest LNG exporter. LNG cannot be exported through the pipeline, and the country needs to export its LNG through the Strait of Hormuz, or suffer a decline in its share of the global LNG market and, consequently, a reduction in its foreign exchange earnings.

In a worst-case scenario, the oil market will suffer intensely due to a possible conflict in the region, or as a result of Iran taking action to close the Strait. Oil prices will increase, and energy security and economic growth will be faced with crisis. As a result of these considerations, the possibility of establishing a global consensus against any country closing the Strait of Hormuz will also increase.