Blue Homeland in Libya: What prevents Türkiye from defending maritime sovereignty in the region? 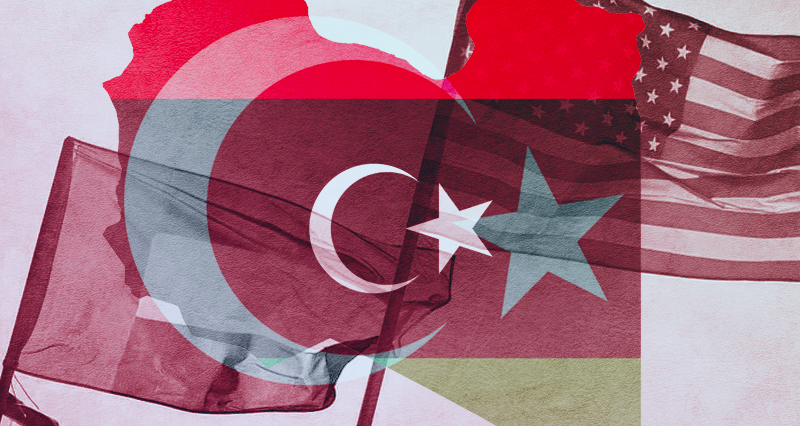 “Blue Homeland” (Mavi Vatan) is a key geopolitical concept for Türkiye to secure its strategic interests and maritime sovereignty. One of the key puzzles of implementing this concept in practice is strengthening Ankara’s influence in North Africa, namely in Libya.

However, Türkiye is facing strong new competition in the region from the U.S. and the UAE. Can something be done to preserve Ankara’s influence?

The U.S. has traditionally acted in economic interests under the guise of diplomacy. For a long time, U.N. representative Stephanie Williams has been doing this in order to keep Washington’s interests in check. It is thanks to this personage that negotiations between the parties in Libya have long been derailed, and long-awaited elections have been postponed and canceled. Williams is acting in concert with her counterpart, the American ambassador to Libya, Richard Norland. And together, they are now playing the role of mediators between the country’s two rivals for prime minister, Abdel Hamid Dbeibeh and Fathi Bashagha. To do purpose? To secure local influence and seizure oil resources in northern Africa.

These same political intrigues are also being pursued by the UAE. Fathi Bashagha is known for his American citizenship and cooperation with the CIA, but also for his ties with the Emirates (he comes from the UAE). The change of NOC head is also related to UAE interests: after Mustafa Sanalla accused Dbeibeh of collusion with the Emirates, Farhat Bengdara, an open UAE agent, was appointed as the new head of the NOC. He is an ex-banker who lived in the UAE for a long time and ran a bank owned by the UAE, Libya and Algeria. With such a reshuffle, the Emirates, like the U.S., plans to ensure its control over local managers, and thus its resources.

The second country in the region of interest to the U.S. and the UAE is Tunisia.

It is important to note that under the pretext of “fighting extremism” and the implementation of technical, economic and infrastructure projects, the U.S. is increasingly intervening into the whole African continent, fearing competition from other states, including China and Türkiye. In an attempt to regain their former influence on the continent, they announced a U.S.-Africa summit December 13-15 in Washington, and engaged their Secretary of State, Anthony Blinken. Blinken will tour Africa on August 7-11 (Rwanda, South Africa, DRC), and will present a new American strategy.

According to the overall U.S. strategy, Libya is one of 9 countries prioritized for conflict prevention. That is, under the guise of “fighting terrorists,” the U.S. plans to strengthen its position on all fronts on the continent.

To summarize, Libya is of key interest to the U.S.: first, it is access to luxurious oil resources. Secondly, oil will make it possible to put pressure on Washington’s two global rivals at once: Moscow (for energy isolation) and Beijing (for difficulties in foreign supplies). Third, the integration of Africa into the NATO system will also ensure military dominance on the continent, preventing the strengthening of rivals.

In a situation of such an expansion of U.S. and UAE influence, Türkiye is obliged to strengthen its activity and presence in Libya. Unlike rivals, for Türkiye, Mavi Vatan is an organic, historically justified strategy to ensure its sovereignty and stabilization.

This article first appeared in the Turkish daily newspaper Aydınlık.