Political and military goals of Russia in Ukraine 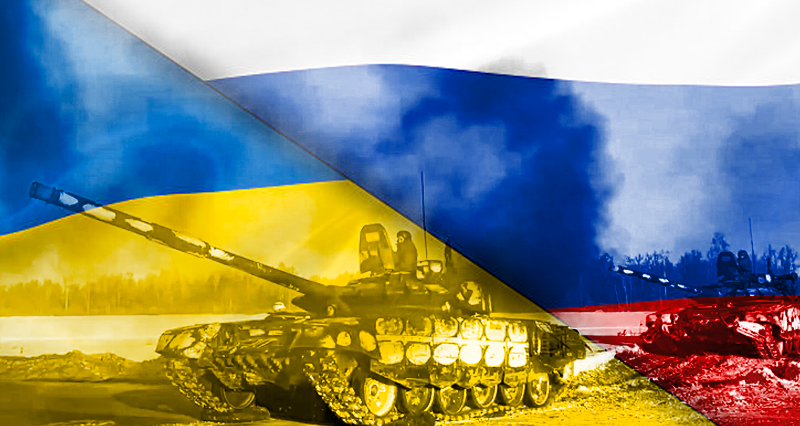 “We can say that the political goal of Moscow is to overthrow the current Kiev administration, which the Russian government describes as “Nazi junta”, and that its military goal is to completely disable the Ukrainian military infrastructure”, said United World International expert Onur Sinan Güzaltan in an interview to the Turkish newspaper Cumhuriyet when describing the Russian military operation in Ukraine.

Below we present the interview as published by Cumhuriyet, the original text can be read here.

“The next step may be a referendum to unite with Russia”

Güzaltan stated that “With this military intervention in Ukraine through the People’s Republics of Donetsk and Lugansk, Russia has halted NATO’s expansion to the east once and for all”. He added Moscow’s retreat in the face of the West since the 1980s had come to an end now.

“We can say that the political goal of Moscow is to overthrow the current Kiev administration, which Russian government describes as the “Nazi junta”, and that its military goal is to completely disable the Ukrainian military infrastructure.”

According to Güzaltan, Russia’s next step may be “to hold a referendum on the union of Donetsk and Lugansk Republics with the Russian Federation, just as they did in Crimea.”

Commenting on the political picture that emerged after the Russian military intervention, Güzaltan said:  “The latest situation shows that Ukraine, which has followed the directives from NATO, has lost a significant part of its territory, and become a politically divided and an economically bankrupt country. Today, Ukraine has become what is described in the international law as a “failed state”. Russia on the other hand has refused to allow NATO enter its hinterland, despite the constant pressure from the West. “

Assessing the international reflections of the Ukrainian crisis, Güzaltan stated: “When we look at this issue from the point of view of international balance of power; We can see that the United States aims to target the developing Russian-European relations through the Ukrainian crisis, and to regain the control of Europe, which the US is about to lose with a new Cold War-like balances of power.

But the developments so far show that the United States, which has pushed Ukraine into a bloody war, does not show the strength to stand behind its ally and is only content to puny economic sanctions.”

While explaining that the incapability of the US is increasing the approval rates of Putin in Russia, Güzaltan said that “the weak attitude of the United States increases the mistrust among the European countries, leads the Paris-Berlin axis to maintain some relations with Moscow despite rising tensions. China’s support for Russia against the NATO expansion, is another reason that led the European countries to be extra cautious in diplomacy. It is likely that Russian diplomacy in the coming period will focus on accelerating policies aimed at rebuilding its relations with European partners”.

“Turkey must be careful with the Montreux Convention”

According to Güzaltan, “As an era in world politics ends, we are entering a new process in which the influence of the United States over Europe decreases more than ever, even losing Europe entirely, while the multipolar world gets more and more apparent with each day.”

While stating that Turkey should be careful about the implementation of the Montreux Convention, Güzaltan stated that “I hope that those who advocate for NATO in Turkey, have learned the necessary lessons from the current situation in Ukraine, and will become aware that a new world is rising.”