Are we still under threat of nuclear war? 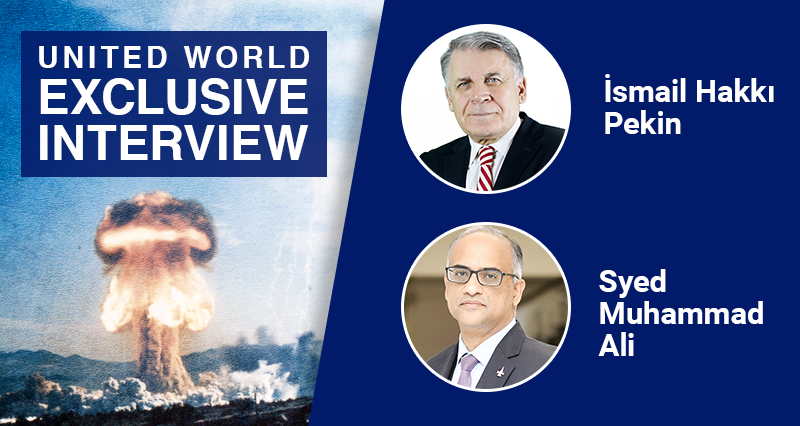 In the first days of the new year, the 5 major nuclear powers (USA, Russia, China, France and Britain) announced in a joint statement that they had agreed on “the need to avoid the proliferation of nuclear weapons and a nuclear war”.

In a statement on behalf of the 5 nuclear powers, the Kremlin said: “We affirm that nuclear weapons must serve the purposes of defense, deterrence and prevention of war – as long as they exist – as they will have far-reaching consequences. We believe that the proliferation of such weapons should be prevented.”

Ret. Lieutenant General İsmail Hakkı Pekin stated that the states that want to have nuclear weapons were the ones being targeted and made the following assessments; “Nuclear talks with Iran continue. It was reported in the media that China and Saudi Arabia were making ballistic missiles. Pakistan and India have nuclear weapons too.”

According to Pekin, “the main thing to do is to renew the Medium-Altitude Missile Agreement and similar agreements and introduce new treaties on restrictions. In addition, a separate organization can be established in this regard.”

Syed Muhammed Ali, the CASS Director, made the following evaluations when asked about the issue: “The emphasis by major powers on avoiding nuclear war in their recent joint statement is appreciable. However, their commitment to general and complete nuclear disarmament seems increasingly doubtful, whereas the mention of safety and reliability essentially represents a diplomatic excuse to justify continued qualitative and quantitative improvements in their own respective nuclear arsenals.“

Syed Muhammed Ali drew attention to the problem between Pakistan and India: “What is, however, needed, is an adequate and proportionate international concern on the less than satisfactory nuclear safety and security of India, a country seeking membership in the Nuclear Suppliers Group (NSG), despite its internationally well-known proliferation history, increasingly poor nuclear safety and security record, the oldest and largest nuclear arsenal in the developing world alongside its huge missile, missile defense and space militarization programs.”