The regional and international consequences of the Gaza Conflict 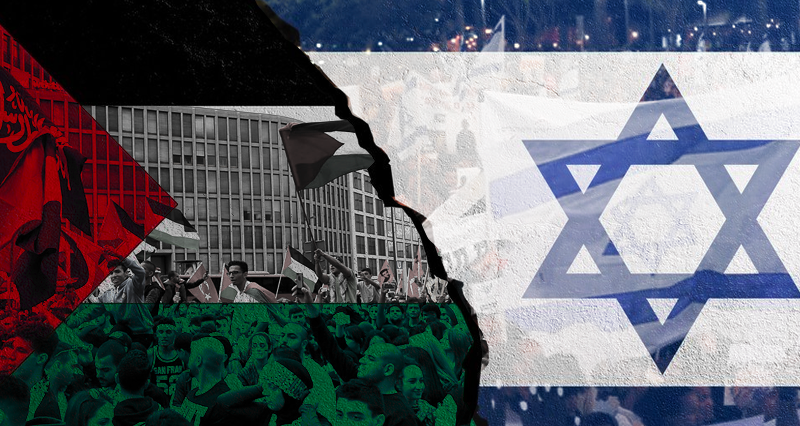 Israeli attacks on Gaza and the Palestinian people, which have been taking place on a yearly basis, resulted in extreme casualties during the latest assault.

As the cabinet of Benjamin Netanyahu imploded while seeking to consolidate its political power by bringing destruction to Gaza, the Palestinian resistance finally gained the psychological upper hand over Tel Aviv government for the first time in years.

The “high-intensity conflict”, which lasted about 15 days and killed more than 300 people most of which are Palestinian women and children, ended with an Egyptian-mediated ceasefire on May 21st, yet, it is still not possible to talk about a final resolution.

When the recent conflicts are observed from a broader perspective, a new situation, not only between the Palestinians and Israel, but also on a regional and even on a global scale, can be seen.

The end of Israel’s absolute dominance

After the dissolution of the Soviet Union in 1991 when the United States was accepted as the sole superpower globally, Israel, Washington’s staunch ally in the region, had absolute dominance not only against the Palestinians, but against all the nationalist Arab countries throughout the region.

But today, with the US losing power on a global scale, we are also witnessing the tides turning against Israel.

1. Israel is revealed to be not invincible

The “33-day war” between Israel and Hezbollah in 2006 was the breaking point for the greater process, whereafter the Israeli military lost its absolute power over the region.

Israeli forces, which suffered heavy casualties in the war and lost their psychological upper hand, were forced to withdraw from the conflict before they could achieve their political goals.

Since then, Israel has not yet dared to engage in an open and a comprehensive operation against Hezbollah.

The recent Israeli-Palestinian conflict emerged on May 6th after attacks over Palestinians at the Al-Aqsa Mosque and East Jerusalem. While the figures still show an Israeli military supremacy, the Israeli withdrawal from the conflict without achieving their political objectives marks a political defeat.

The Palestinian resistance groups based in Gaza, which managed to survive under embargo for many years, being able to pass through the “Iron Dome” systems with their scarce equipment and forcing the vast majority of the Israeli population, especially in Tel Aviv, to hide in shelters, proved that Israel is not invincible.

Israeli ground forces’ hesitance to invade Gaza was another sign of the Israeli psychological defeat.

Perhaps the most important consequence of the recent conflicts between Israel and Palestine was the collapse of the “social contract”, as shown by the internal conflicts within the country, whose population consists of Israeli-Palestinians at about 20%.

The decision to describe the situation as a “civil war” in the Israeli press based on the clashes, lootings and mobbing between Jews and Palestinians especially in the cities of Lod and Haifa, where the Palestinian population is more concentrated, is an accurate description.

We can say that the Israeli state apparatus is far more disturbed and even panicked by the events that are erupting inside the country and breaking social harmony, than it is by Hamas’s missile strikes.

It would not be wrong to say that under the Israeli hesitation to conduct a ground operation to Gaza lies the fear of not being able to handle the pressure inside.

It is clear that a rough process is awaiting Israel, which has been hit hard by its own society.

3. The downfall of Netanyahu government is a proof that Israel is politically defeated

History is filled with numerous examples of governments collapsing after losing a war and coming out stronger after winning one. The rule is very simple: the loser goes down.

The new coalition government is showing the signs that it will take steps to recover the social structure torn apart by the Zionist policies by including the party of Israeli Arabs, while it will still pursue policies compatible with the new US administration on the outside.

But given Israeli contradictions in general, it is hard to say that the new coalition, whose components are barely bound together, will have a long political lifespan.

4. Winner of the conflict is Hamas

Both within Palestine and internationally, the winner of the recent conflict was Hamas:

a) While showing the world that they were still standing despite the embargoes, by tearing through the Iron Dome which Israel considered impenetrable, they managed to lock down the vast majority of the Israeli population in shelters during the conflict, making the failure of the Israeli government and the army felt by ordinary Israeli citizens. Politically defeated, Netanyahu was forced to resign.

b) The organization has branched out from the Muslim Brotherhood, they managed to survive politically by highlighting the national motivations and not the religious motivations during a period in which the political tradition it is based on had suffered major defeats throughout the entire region, from Tunisia to Egypt and Syria.

c) Hamas has also taken the military leadership of the resistance against Israel, while gaining political supremacy over the Fatah movement, which postponed the general elections and struggled with its internal problems.

The Deal of the Century, which we can call the Greater Middle East Project 2.0, launched by the Donald Trump administration, has aimed to open new areas of action for Israel within the Arab world through the Gulf countries.

However, the recent conflicts in Gaza has shown that a process has begun in which Israel has lost its current area of influence, definitely halting efforts to open up to new areas of action within the Arab world.

If we summarize the situation and the consequences of the recent conflicts between Palestine and Israel, in the international arena:

1) The normalization plan between Israel and the Arab world through the Gulf countries has collapsed.

2) Relations between Damascus and Hamas, which were heavily strained at the beginning of the Syrian Civil War due to Hamas’ political stance are being restored today.

3) As the Iranian influence over Palestine continues to grow, Tehran-Hamas relations are likely to strengthen.

4) Egyptian intelligence has played a leading role in the ceasefire between Israel and Palestinian resistance organizations. This situation means that Cairo-Hamas relations, which were heavily damaged after the overthrow of Mohammed Morsi, are back on track.

6) Russia is following a plan of filling the void which the United States had previously occupied. The effort to maintain relations with the Palestinian groups without cutting ties with Israel, and the efforts to mediate between Israel and Palestine, can be considered a part of this policy.

On the other hand, in parallel with the global and regional loss of power of the US, the Israeli search for a new alliance other than the US is likely to accelerate in the near future.

8) Although Turkey has continued to support Hamas, it has lost its significance after the recent events due to the active role of Iran and Egypt. The recently suggested plan for an Eastern Mediterranean-based cooperation between Turkey and Palestine would surely change these balances if implemented. Let us also note that the way to put such plans into reality would only be through concrete steps, and not by “politics of balances and slogans”.

In summary, the multipolar world order which has risen with the recession of the United States, continues to affect the Palestinian-Israeli, which has been going on since 1948, in favor of the Palestinians.

A final resolution can only be reached by the joint efforts of Turkey, Iran and Egypt in support of Palestine.