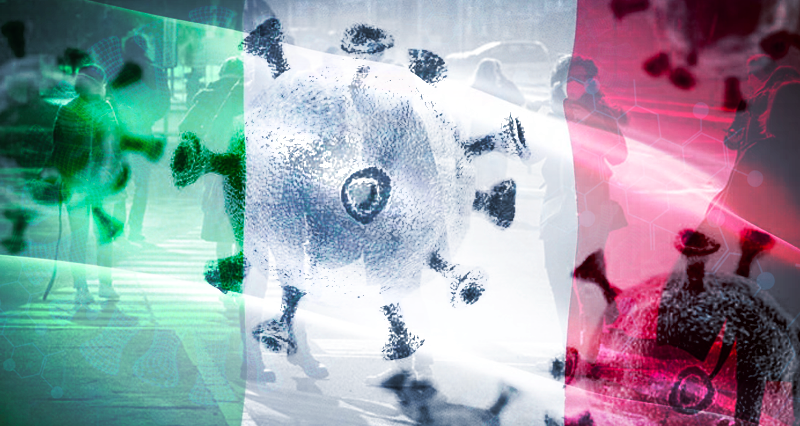 UWI expert Fabrizio Verde has commented on the current situation in Italy.

How is the Covid-19 situation in Italy currently?

Currently the situation appears to be under control. The contagion curve is down and hospitals are starting to empty. The anomaly of the large number of deaths remains. According to virologists, we have also hit peak deaths. It is enough to compare the Italian data with the Chinese to realize the complete Italian failure: Rome has exceeded 100,000 deaths, while the number for whole China is around 4,600 deaths.

Furthermore, strong doubts remain regarding the data, which is communicated badly and with great delay by the Regions. Even the mainstream media is starting to wonder about the Italian anomaly. We face of similar infection rates as other European countries, but we record a much greater number of deaths. Finally, according to some doctors and virologists, the restrictive measures decreed by the government did not affect the spread of infections, as these followed a seasonal trend as in the past year, when Italy was overwhelmed by the first wave of the virus.

Why has the government been unable to find a definitive solution to the pandemic?

The Covid-19 pandemic caused by the new coronavirus has shown the devastation produced in Italian public health. At the outbreak of the pandemic, Italy did not have an updated pandemic plan, there was a lack of personal protective equipment (PPE) for health personnel and in some areas of the country and there was a shortage of oxygen cylinders.

In the last twenty years, the number of total hospital beds in Italy has decreased by more than 30%, falling below the average of the OECD countries. There is also a lack of doctors and nurses. A situation that did not happen for bad luck, but was rather the product of almost 30 years of indiscriminate cuts in compliance with the dictates of neoliberal austerity.

Governments followed governments, of every color and party, but all were united by the liberal ideology and have made severe cuts in public health. Now the government says that the pandemic will end only with the mass vaccination of the population. But even in that, Italy seems to act according the goal of guaranteeing large profits to the multinationals of the drug rather than to ensure the health of the population, as did countries such as China, Russia or Cuba.

Although the vaccination campaign struggles due to the scarcity of available vaccine doses, Italy rejects factually and a priori the vaccines developed by Russia, Cuba and China, on the pretext that they are not approved by EMA, the EU agency for the evaluation of medicines.