Reconciliation between Turkey and Egypt; Vaccination efforts and local normalization procedures amidst the pandemic 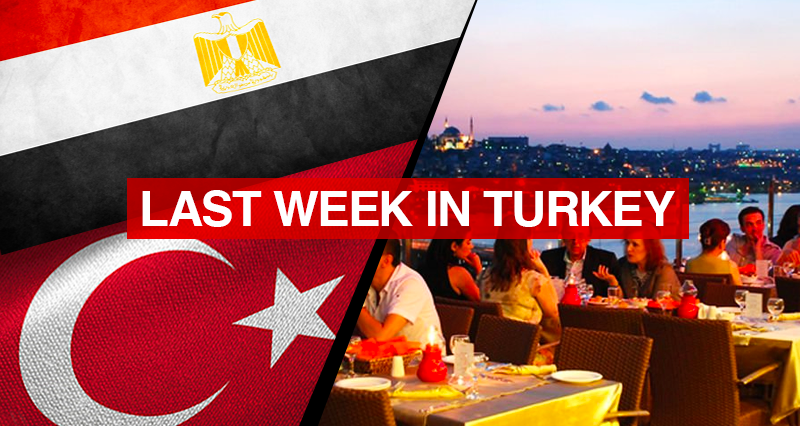 In the last week, Turkish public agenda had been busy with two main topics.

First topic was a possible reconciliation between Egypt and Turkey, two countries that had tense relations over couple years.

Second topic was the ongoing vaccination efforts, the local normalization efforts and the Health Ministry’s ongoing struggle against the COVID-19 pandemic.

Turkey could sign an agreement on maritime jurisdictions with Egypt after taking part in negotiations, the country’s Foreign Minister said on Wednesday.

Reconciliation between Turkey and Egypt

Turkish Foreign Minister Mevlut Çavuşoğlu stated that Ankara could sign an agreement with Egypt on maritime jurisdictions if broader progress can be made in healing their strained relationship.

“Depending on the course of our ties, as two countries with the longest land and sea borders in the Eastern Mediterranean, we could also sign an agreement with Egypt by negotiating maritime jurisdictions,” Mevlut Cavusoglu told during press conference in Ankara.

When Egypt last year signed an agreement with Greece on the boundaries in Eastern Mediterranean, it respected the southern borders of Turkey’s continental shelf, Çavuşoğlu emphasized.

The Presidential Spokesperson, Ibrahim Kalın, has also made statements about a possible reconciliation. “We wish to cooperate with Egypt on the issues of Eastern Mediterranean, Libya and Palestine, which the world seems to forget about. If we can mutually take constructive steps, this could result in some sort of a partnership, ease of tensions in the region and a wave of stability from North Africa to Eastern Mediterranean. Egypt is still both the brain and the heart of the Arab World. There are some concerns over security and economy, and we understand that. A dialogue between the two countries could improve the bilateral and the regional relations.”

The Defense Minister Hulusi Akar said on Saturday, “It is a very important development that Egypt has made a tender on hydrocarbon exploration in the eastern Mediterranean, respecting Turkey’s continental shelf limits.”

“We have many historical and cultural values in common with Egypt. When they are put in use, we consider that there may be different developments in the coming days”, Hulusi Akar said during the Blue Homeland 2021 naval exercise.

He said that Turkey considers working on agreements and memorandums of understanding with Egypt under the maritime jurisdiction according to the borders the country has declared to the UN.

“In this regard, our Foreign Ministry continues the necessary work in coordination with relevant institutions, organizations, and ministries,” he said, expecting to get positive results from these efforts.

Akar followed the Blue Homeland 2021 exercise from the Turkish seismic research vessel Oruc Reis, together with high-ranking military officials. He also addressed the personnel in the ships that took part in the exercise via videoconference.

These statements from Hulusi Akar are especially important, since it is the first statement on the issue that ever came on behalf of the Ministry of National Defense.

On Wednesday March 3rd, our United World International (UWI) expert Onur Sinan Guzaltan has made an interview with the former Vice Minister of Foreign Affairs of Egypt, Rakha Ahmed Hassan, on the related topic.

Former Vice Minister Hassan had evaluated the statements from the Foreign Minister Cavusoglu, with the following words:

“Apparently it is a positive message from Turkey. But I think Mr. Cavusoglu said something similar before too. Still, this time the message is very clear. But I am repeating my question, what is the Turkish position concerning the international law of the high seas? This is the main problem. If Turkish side respects international law, then there will be no problem.” Rakha Hassan told to United World International (UWI).

Vaccination efforts and local normalization procedures amidst the pandemic

As of March 1st, Turkey started to gradually normalize its coronavirus restrictions, in accordance to the number of infections per 100 thousand people, on each and every province.

“The high-risk provinces should be more cautious to reduce their risk. Normalization should be realized in a controlled manner,” Fahrettin Koca said on Twitter.

According to the data, Turkey’s Black Sea provinces of Samsun, Sinop and Giresun along with the majority of the Black Sea region, has recorded both the new highest number of cases and the highest increase rate of infections.

The southeastern provinces of Şırnak, Batman, Mardin, Siirt, and Hakkari have the lowest infection rates, despite still recording significant increases.

More than 34 million coronavirus tests have been conducted in Turkey to date, with 129,299 on Sunday.

9.921 million people have taken vaccine shots, 2.394 million of which have taken their second doses as well, as a result of the nationwide vaccination campaign.