The social showdown in the USA goes by another name: “Democracy” 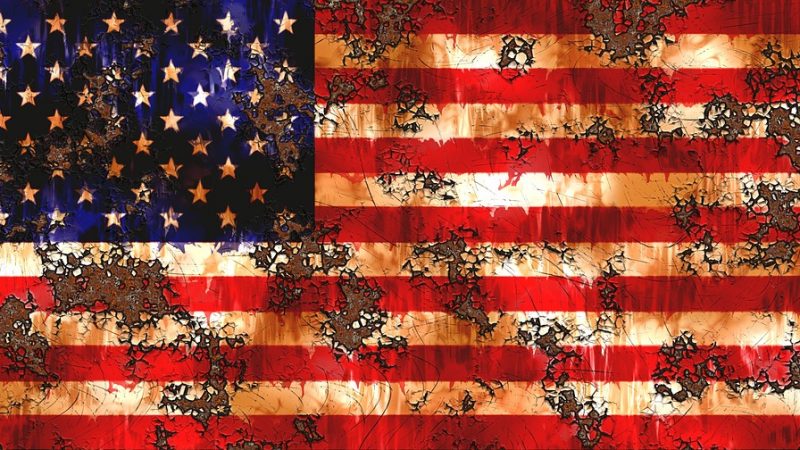 The US is witnessing one of the most fragile periods in its short history. It would not be wrong to say that the country is faced with its third major crisis after the Civil War and the Vietnam War– there is a very thin line between “streets” and “fronts”. Although this determination may seem like an exaggeration to some, those will realize that the crisis of legitimacy of the American system goes far beyond what happened at the Capitol.

It may be useful to dwell briefly on these first two events in order to better understand this third crisis in a more concrete way, and to make healthy analyzes about the possible future of the US. As it is well known, the first two crises (the Civil War and the Vietnam War) were very important in terms of reconciliation within the system and the re-establishment of system (center) – people (environment) relations for the emergence of American power and its continuity. The American Civil War (1861-1865) was an intra-system showdown, the Vietnam war, on the other hand, emerged as a total objection and resistance of the American people to the bloody, dirty war waged by the system. In the first crisis, there was a power struggle within the system, oriented around slavery, and conducted through the discourse of “human rights and democracy”. In the second, the country saw the formation of real opposition to a force that tried to establish ‘democracy’ by force of arms. This opposition was composed of people by using their democratic rights, spilling out to the streets and questioning the decisions of the system, sometimes entering into open combat with it. In the first crisis, the power that dominated became the current American system, consolidating its authority and pacifying the power that opposed it in the South. In the second crisis, there was an attempt to show the limits of the power of this system. As a result of the first crisis, the US became an International Power, paving the way for the States to become the Global hegemonic power after the Spanish-American war (built on the discourse of fighting European imperialism, supporting those who struggle, bringing freedom and democracy, etc.). In the second crisis, there was serious questioning and objection in the American public opinion in parallel with increasing anti-Americanism in the world, leading many to question the alleged invincibility of American Power, much like today.

Yet, there is a striking point here. In today’s crisis, as in the American Civil War, there is a power struggle among white Americans, much to the detriment of black people and other racial minorities. US Congress and the riots in the streets over social justice issues attest to the continued volatility of race relations in the US. What is happening today is an internal power struggle carried out over opposing understandings of “democracy”, and many believe that such actions are the only “legitimate tool” that remains in their hands. Thereby, three basic questions that need to be answered in terms of these crises: Which democracy? What kind of democracy? and democracy for whom? Let us analyse the events of January 6 in terms of these criteria.

As explained above, the power struggle between “globalists” and “nationalists / American nationalists” in the US system is now taking place on the streets around contested notions of the concept of democracy. Those who cannot afford a frontline war or an open war are attempting to seize the system by other means. Such coups have long taken place across the world, but this is the first time we have seen it attempted in US domestic politics. Soon-to-be US President Joe Biden issued the following sentences confirming this determination: “It is not a protest, it is a coup attempt.”
The crisis of democractic legitimacy has now hit the US political system in a way not unlike the protests and coups Washington had supported around the world. At this point, the analogy made by former president George W. Bush regarding these events is very important. He stressed that such events can only happen in a banana republic where the election results are controversial, expressing his horror over the attempted pro-Trump coup. Another remarkable point in Bush’s statement relates to “trust in the ballot box” and respect for “the will that comes out of the ballot box”. Bush’s statement emphasizes a point of inconsistency in American political values. The coup and the questions surrounding the election are tantamount to placing dynamite under the core values of the country: this threatens the legitimacy of the US, the very country that purports to be the arbiter of democracy around the world. The US has lost its credibility and ability to arbitrate and punish others for alleged offenses against democratic processes. The US will likely have a more difficult time in the future attempting to apply sanctions, given that it is plagued by the same issues as the countries’ it is attempting to punish.

TRUMP IS NOT THE CAUSE, BUT THE RESULT OF THE CRISIS

What happened in the US is not the result of conjunctural problems, but structural problems. President Trump is not the cause of this, he is simply the result. In his speech on the day of his election, Trump drew attention to structural problems in the US by emphasizing the following three important points: 1. The main problem of the US is its economy. The US is losing its economic power every day. 2. The main reason for this is China. 3. If the US does not enter a recovery process as soon as possible, these problems will lead to a system crisis and increased social division. The signs of this were clear in the election against Hillary Clinton.

Trump tried to implement a policy that prioritizes US interests with his “America First” policy, and in this context, he wanted to pursue patronage in the economy and a policy that prioritizes American interests in foreign policy, although he accomplished little as far as the latter is concerned. Trump’s decision, although it would eventually lead to his political defeat, led to serious changes in national structures. In this sense, the last elections turned into a showdown between two structures of power, and this showdown did not conclude in the ballot box. The reckoning is instead taking place in the streets today, for the first time since the Civil War, the country divided into two camps. Pandora’s Box seems to be open.

Undoubtedly, the failures of the US in foreign policy after September 11 played a very important role in this process. The determination and resistance of the supporters of the “Multipolar Alliance” are now reflected in US domestic politics, whereas neo-conservative intervention had formerly been unchallenged. These developments will not only deeply affect the global power struggle, it will serve as a challenge to Washington’s absolute leadership over the Western world: it may not be possible for the US to have the same influence in the context of NATO and the EU moving forward. Biden’s hand has weakened in relationship to the EU, Germany and Consider German Foreign Minister Heiko Mass, who responded to the capitol insurrection saying “These images will please the enemies of democracy”, and the statement of NATO Secretary General Jens Stoltenberg, who said “Democratic election results should be respected.”

THE US IS A SECURITY PARADOX ON THE WORLD STAGE

Although what happened in the US is seen as a domestic issue, it is actually a reflection of a crisis in the global system; it is a security problem for all nation-states due to the possible consequences on a global scale. The rest of the world is sending strong signals that it is entering a more unstable period, and that centers of power might be shifting. Crisis in the US would undoubtedly have a tsunami effect, and lead to disasters worse than the geopolitical earthquake experienced after the collapse of the USSR.

Alternative media, primarily on social media, is very important in terms of revealing the polarization in the US. American society seems to be splitting in two. This split is occurring in parallel to the formation of a multi-polar world, and perhaps the path toward a multi-party political system has been opened. The American people now have serious concerns about the two-party system and its legitimacy, i.e., “US Democracy”. If the globalists maintain their current course, American nationalists will continue to seek solutions in the streets, not the ballot box, and weapons will replace votes. Trump’s stance on the struggle and his search for alternative solutions is an indication of this. In this context, it would be a serious mistake to see “Trumpism” as a phenomenon solely based on Trump himself. Trumpism is the current incarnation of an unfinished systemic showdown in the US with roots that go back decades. If the US can not reform itself in relation to newly emerging political realities, it will come to an end worse than that of the USSR.