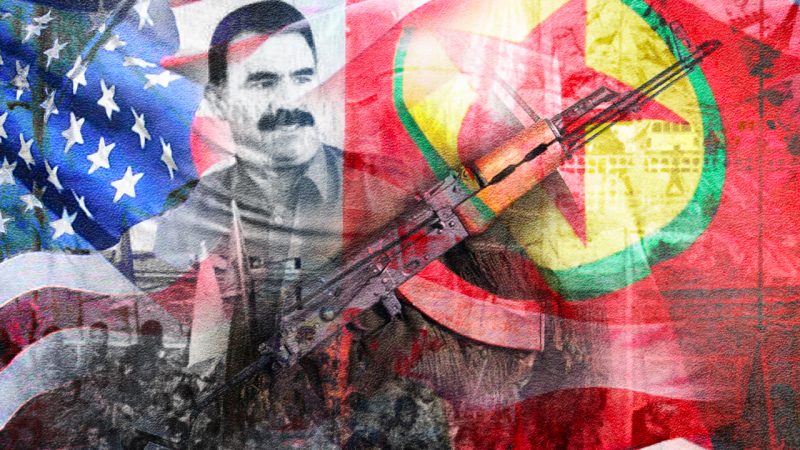 Retired Brigadier General Fahri Erenel drew attention to the fact that a potential agreementnel drew attention to the fact that a potential agreement to be reached between Syria and Turkey between Syria and Turkey has the potential to strike a huge blow to terrorism. The PKK / YPG has been pushed back into Ayn Issa following Turkish operations in the region. The group launched attacks against the Syrian Army, demanding the town be turned over to them. PKK / YPG members surrounding a military zone belonging to the Syrian forces in the district of Qamishli have not allowed entry and exit to the region for three days with the support of snipers, AA reported.

THEIR BACK IS AGAINST THE WALL

Russia and Syria’s insistence on the surrender of Ayn Issa is underlying the attack. During meetings, they demanded the SDF (the front organization of the PKK’s YPG) descend 5 kilometers south from Ayn Issa, and to hang Syrian flags on all institutions. A group of Syrian soldiers were also sent to the contact line with the PKK / YPG, who refused any agreement. Realizing that it cannot protect Ayn Issa, the SDF is now instead looking for ways to stop Russia and Syria. While the SDF is besieging Syria in Qamishli, Huraseddin is attacking the Russian base in Raqqa. Huraseddin, the US operation organization, which is an extension of Al Qaeda, has thus been operating in the east of the Euphrates for the first time.

On December 28, 2020, the PKK / YPG detained a general of the Syrian Army, demanding Ayn Issa. The Syrian Army detained a group of terrorists in return. Tension eased with Russia’s intervention and the release of the detainees.

‘THE SYRIAN ARMY SHOULD COME INSTEAD OF THE SDF’

Retired Brigadier General Fahri Erenel evaluated the recent developments in the east of the Euphrates for us. Erenel said, “There is nothing the PKK can do,” and added:

“There have been serious problems in the Ayn Isa area for about a month. The location of Ayn Isa on the M4 highway and the terrorist organization’s infiltration of the area of Operation Barış Pınarı by using this area makes the region important for PKK. We know that around 20 terrorists who tried to infiltrate the area of Operation Barış Pınarı were captured or killed every day. The terrorist organization also uses this area to regain control of Kobane. Lately, however, they began talks with Russia evaluating that Turkey could organize a ground operation. The PKK is telling Russia to establish common surveillance points in this region, but Russia will not accept it. Russia says “I will not be in the same place with you, you will leave this place to the Syrian Army.”

The contrary case does not suit the agreement between Russia and Turkey. It is not a problem if the Syrian Army comes here instead of the SDF. They are returning to their own land. It is not possible for them to carry out an operation against an area of Operation Barış Pınarı like a terrorist organization would. The PKK has now realized that they cannot find shelter here, but if they retreat to the south, DAESH will gradually begin to take its place. They are at a dead end. Here they have no choice but to make an agreement with Russia and surrender the region to Syria.”

THE AGREEMENT IN IDLIB OPENS THE EAST OF THE EUPHRATES

“Syria-Turkey cooperation must be promoted. In particular, the Russians could not clear the area called Kobane. There are still attacks on the area of Operation Barış Pınarı from there. It is necessary to cooperate with Syria in Idlib. Because reaching a common consensus in Idlib can bring cooperation with the Syrian Army to fight the PKK. The Syrian Army already has limited power, and they are in the west of the Euphrates. They cannot send them to the east, but if an agreement is reached in Idlib, they can shift some of their power east of the Euphrates.”

THE SINJAR- QAMISHLI LINE IS CRUCIAL

Erenel stated that the most critical region in Syria is now Qamishli, and added the following: “The main activity of the SDF in the Qamishli region is to use an important connecting line between Qamishli and Sinjar. All kinds of personnel and logistics pass through Sinjar going in the direction of the old cantons called Kobane-Afrin via the M4 via Kamishli. It is also a place rich in oil. Recently, the US has reinforced this area with nearly 150 special forces soldiers. There is a power struggle here. In fact, the US and Russia are in conflict here.”