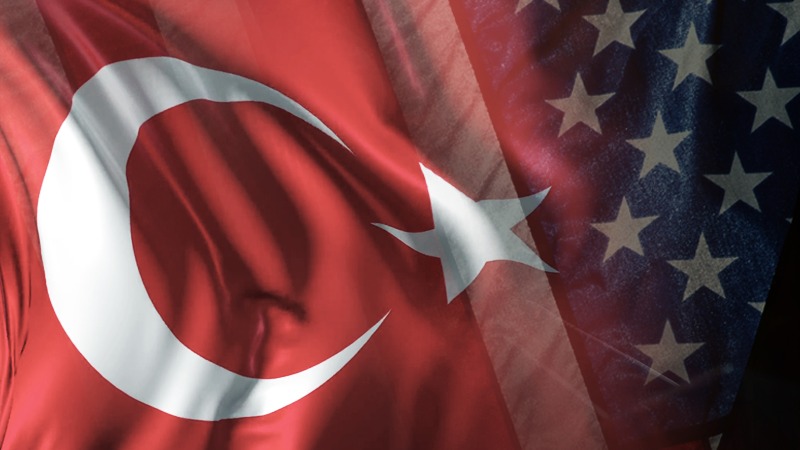 The Rand Corporation is a “research institution” whose main goal is to protect and strengthen US hegemony. Its reports and interests shed light on US politics and its tools developed for their implementation.

Behavioral habits of individuals, which are the basis of consumption decisions, are also reflected in the formation process of their attitudes on political and ideological issues. The individual basis of “perception operations” is based on these behavioral patterns. Social networks are collective communication mechanisms. The width and depth of the domains of “perception operations” depend on the structure and functioning of social networks. Rand Corporation’s interest in these two areas stems from the purpose of developing tools and methods used in the field of “social engineering”.

“Win-win” instead of “mutual benefit”

It is not a coincidence that some of the concepts used by Games Theory have been used frequently in political debates recently. The concept of “mutual benefit” has been replaced by the “win-win” discourse since the 1990s. Although these two forms of discourse seem synonymous, there is an important difference between them. “Mutual benefit” emphasizes the establishment of the ”game” in the shape of mutual benefits, while ”win-win” is a discourse that ensures the established game to be acknowledged by adverse parties.  “Mutual benefit” naturally includes the concern of “equality”, as well. Yet, “win-win” is aimed at ignoring inequality in earnings.

The concept of “initiative” has also been replaced by “playmaking” in political discussions. The “game” reflects situations involving multiple parties and where the outcome is determined by the resultant of the actions of the parties. “Playmaking” means taking the initiative in both creating the game and playing the game. Initiative in the creation of the game means that the performance options of the opponents are trapped in a predicted and relatively narrow cluster. In the game’s play, the “playmaker” aims to ensure that it is shaped in a way that will result in the actions stipulated by the opponents in response to the step it takes.

With the disintegration of the Soviet Union, the USA, which remained as the only “super-state” with “unmatched military power” in the world, took the playmaking monopoly for a while. Before the 1990s, the existence of the Soviet Union restricted the options available to the US. This led to an “Cold War Paradigm”. The steps and counter steps taken by the US were almost tied to an algorithm. With the disappearance of the Soviet Union restriction, the expansion of the options of deeds of the US triggered a divergence in America in the second half of the 1990s whose marks can be traced back to today.

The War Clique, which gathered around the American Century Foundation and came to power with George Bush in 2000, demanded the invasion of Iraq immediately from President Clinton in 1997. The goal was to transform the unprecedented military superiority of the United States into de facto world domination without wasting time. If the war was delayed, the difference would be reduced even if the United States remained the world’s top military force. At that time, it would be difficult to directly use the US military power in establishing world domination. The War Clique also proposed an “attack criterion”. According to this criterion, if the US would find only the forces of that country and the weapons that were already available in that country, it would be necessary to attack without hesitation.

The Soros Wing was in complete agreement with the Battle clique that America’s most important advantage in consolidating world domination was its unmatched military power. But they believed that this superiority would contribute to the achievement of America’s goal with a deterrent effect alone, without being used directly for a while. They also had a “game theoretical” criterion. As long as every step taken by the US was accepted without questioning in the rest of the world and causing re-confrontation accordingly, direct military force should not be used. Direct military intervention should only be used to pave the way for the United States when this road began to become obstructed.

Hegemony is based on military power. But hegemony cannot be sustained solely on the basis of military power. Based on military power, you burn, destroy, and kill. But if a system that is accepted, albeit compulsively, cannot be established in place of the destroyed, hegemony cannot be continued. Military power aims to make the attacked country’s options unavailable not to maintain its existence independently. The fragmentation of the country contributes to this goal of imperialism. The destruction’s weakening the country facilitates the acceptance of hegemony, yet it is not enough to achieve the result. Hegemony is not sustainable if a permanent system cannot be established for the goals of imperialism, but it is doomed to be historically temporary.

The “soft power” of an imperialist state pursuing hegemony is based on the perception that “it is the only power capable of shaping the future”. The wear of this perception gradually makes the floor on which “soft power” rises slippery. The weakening of soft power makes pro-independence options available, expands the scope of anti-hegemonic forces, and strengthens their hand.

The frame that reflects the process that our world has been going through recently under the roof of game theory is the concept of “repeating games”. In such a series, each of which reveals a new game in the next stage, the key to success lies in having the opportunity to punish the opposing party or parties if they do something other than desired, and to establish the perception of “determination of seeing something through”. Since the 2000s, the US has lost its power of “deterring with the threat of punishment” step by step. Today, the image that describes the position of America is “trying to see, but cannot see something through” rather than “seeing something through”.

The Great Middle East Project (MENA) was not just a map for the United States. Besides the map, the factor that constituted the other pillar of the project was “Moderate Islam”. The published MENA map did not only determine the final goal of this project, but perhaps more importantly, it aimed to re-confront the forces in West Asian countries with the “carrot and stick” factors it contains. “Moderate Islam” was an approach that, according to the United States, “makes the country look socially and culturally an Islamic State when viewed from the outside, but purifies Islam from all its elements that will prevent the integration with the capitalist world market”. This project saw the “Muslim Brotherhood” as the main means of establishing a sustainable social order of US hegemony in West Asia.

The US’ biggest mistake

Thanks to the resistance of the regional states and nations, the MENA has been more or less defeated. The US’ biggest mistake is that it does not take into account the power of nations and national states sufficiently. These powers are not included as independent players in the US game plan.

Today, America is not the one who plays games in our region, but is the power that tries to hold onto the games set by the countries of the region who have taken the initiative. Today, the common strategic goal of West Asian countries has been to end the military presence and influence of the USA in the region. The “Muslim Brotherhood”, in which the MENA imposes the function of establishing the social order of the US hegemony, is now included in the list of America’s terrorist organizations.

July 15 leaves the US in the role of “game breaker”

The fact that the attacks on Afghanistan and Iraq were recorded as “military failures” by the US itself is not the inadequacy of the destruction power that emerged in these attacks, but it is because this destruction could not be carried out in a way that would also consolidate US hegemony. The US is still trying to sit down with the Taliban to negotiate an “honorable” retreat in Afghanistan. The Iraqi Republican Assembly, which was established with the Constitution imposed by the US in Iraq it occupied, demands the end of the US military presence in its country.

The most important turning point in this process is undoubtedly the defeat of the pro-American FETÖ coup attempt by the resistance of the army, the nation and the state, the anniversary of which we are currently celebrating. The crushing of the US-NATO Gladio in our country dealt the US’  plans for our region a death blow.

The most crucial point of the ”repeating games” process we discussed is undoubtedly the tasks of Turkey and other countries in the region during this process, as well as the circumstances into which the United States has fallen. We will continue to address this problem within the framework of Game Theory and politics.

Alliance of contradictions: Turkey has no place in NATO