A glance at Egypt: Egypt and Ethiopia at the brink of war as the #MeToo movement erupts on Nile banks 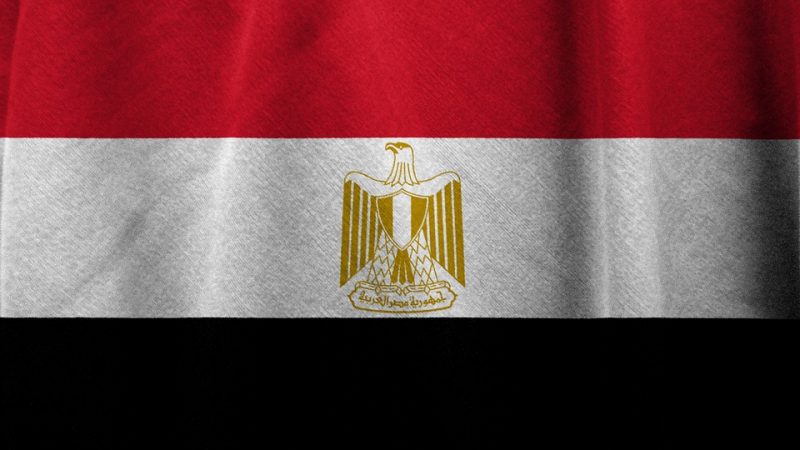 The women of Egypt have spoken up about years of sexual harassment and assaults. The recent wave of the movement has been caused by the allegations of several women that a student of the upscale American University in Cairo (AUC), Ahmed Bassam Zaki, sexually assaulted them and blackmailed them to continue their relationship with him. The victims, reportedly over 100 women and men, have documented their narration through social media, Twitter and Instagram, where they encouraged survivors to share their testimonies without a name, until one of the women has filed a lawsuit against the student, and several women followed her steps. The prominent university denied that the administration has received any complaints about the “former” student’s behavior, condemning the “defamation campaign” against it, according to Masrawy.

The wave has caused outrage across social media platforms, where activists launched a hashtag called My First Sexual Harassment Experience Was ((#أول-محاولة-تحرش-كان-عمري to encourage more people to share their experience and get rid of the trauma they had experienced, which was in most cases in a very early age.

Some public figures and celebrities have participated in the movement, whether by recalling their harassment experience or by supporting the survivors and calling for tighter punishment against sexual predators, according to Almasry Alyoum.

One of the cases included a Coptic Orthodox priest who molested children in the US and Egypt, after one of the victims opened up about her experience with the priest while she was 11 years old in Florida, according to the Cairo 24 website. The Coptic Church has recalled the priest from his service abroad to open an official investigation into the alleges.

The harassment complaints hit several NGOs in Egypt, as numerous women reported harassment and rape incidents committed by key managers and researchers at NGOs, which led one of the harassers to publish a public apology about his behavior with women, as reported by Youm7

In response to the society outrage triggered by women’s testimonies, the Egyptian government issued  a new law on July 8, stipulating to keep the harassment victims’ names anonymous to protect them and encourage more women to report their harassers to the authorities, a step hailed by women rights’ NGOs and the National Council for Women (NCW), according to Shorouk news, which calls for tighter steps to protect women.

War drums bang in Egyptian media, but not in real life

On July 16, President Abdel Fattah Al Sisi met with leaders and sheikhs of Libyan key tribes, vowing to mobilize the army’s capabilities to protect Egypt’s national security and to restore the peace in the Libyan territories, conditioning the military interference in Libya with the request of the Libyan people, represented by the Libyan sheikhs and elders.

The Egyptian President stressed that Egypt always backs the political solution between the warring parties of Libya, nevertheless, it will firmly defeat any direct threat to its national security, stressing that Sirte and Al Jufra are red lines.

“Egypt has suffered from terrorism, we will not allow militias in Libya to come closer to our country,” Al Sisi said during the meeting with the tribes’ leaders entitled “Egypt and Libya… One people, One Destiny.” He renewed his call for training the Libyan youth to become the cornerstone of the Libyan army at the request of the Libyans.

“Egypt will not enter Libya except upon the Libyan people’s request, and will leave the country under their request,” Al Sisi added.

In their daily op-ed, Egyptian columnists began banging the war drums, describing the Egyptian intervention in Libya as a “must.”

In his op-ed at Youm7 on July 15, Dandarway Al Hawary, an Egyptian journalist and columnist, said that the latest conflict in Libya represents a “golden chance” for the Egyptians to teach Turkey’s Erdogan a lesson for insulting Egypt and its leadership.

“We know that the bill for war is costly and prohibitive, and Egypt has never initiated evil, but when we are forced to fight, we are up to it,” Al Hawary concluded in his op-ed.

In the same newspaper, the Egyptian politician Moataz Abdelfattah expressed his hopes in founding an Egyptian military base at the borderline of Sirte-Al Jufra, saying that it is a must given the time and the geographic-political situation, asserting that it would be a chance to tighten the relations between Egypt and its neighbor, Libya.

The writer concluded his op-ed “Libya’s Eastern State” by saying that we all should work on seeing a unified Libya, but if it is not possible, the least we can do is to save Eastern Libya from a Turkish occupation with the permission of Western Libya.

In Almasry Alyoum, journalist Hamdy Rizq stressed that Egypt’s army is an army of peace, but if it has to, it will confront any threats coming from our borders, and that it is time to put limits on the Turkish dream of expansion and limiting Egypt’s ability to defend itself.

Columnist Mohamed Amin explained in his op-ed entitled “Al Sisi’s Authorization“that the authorization to Al Sisi from the Libyan parliament and the tribal sheikhs does not mean a declaration of war, but is rather a call for return to the negotiations’ table to restore peace in all Libyan territories.

Ethiopia announces the filling of the Grand Dam

In an unilateral step on July 15, Ethiopia announced commencing the filling of the Grand Ethiopian Renaissance Dam (GERD) reservoir a day after announcing the failure of the last round of negotiations between Ethiopia and the basin countries of the Nile River, Egypt and Sudan.

The move was met by condemnation of both countries, while Egypt has not announced a clear response. Egypt’s foreign ministry released a statement demanding an explanation from the Ethiopian authorities.

On July 16, Ethiopia’s charge d’affaires in Khartoum told a senior Sudanese foreign ministry official that his country did not close the dam gates nor begin to retain water inside its reservoir. The Ethiopian party explained that the swelling of the dam’s reservoir is caused by rains flooding the Blue Nile.

The contradictory statements came amid satellite captured images of the Ethiopian dam showing its swelling reservoir amid other reports that Sudan has recorded a decline in the water level of the Blue Nile coming from Ethiopia, according to Al Ahram.

In an op-ed published on Shorouk News, the independent newspaper’s editor-in-chief Emad Eddin Hussein warned from ِEthiopia’s intransigence, saying that it leaves Egypt no choice but to defeat Ethiopia’s aspirations if they will negatively affect the Egyptian people and lead to drought.

However, the writer argued in another article entitled “No Electricity for Ethiopia If there’s No Water for Egypt,” that Egypt would not risk actually striking the dam, which could end up drowning a number of our Sudanese brothers, and that the army would instead bomb electricity plants to thwart the Ethiopian dream.