Is China a globalist state? 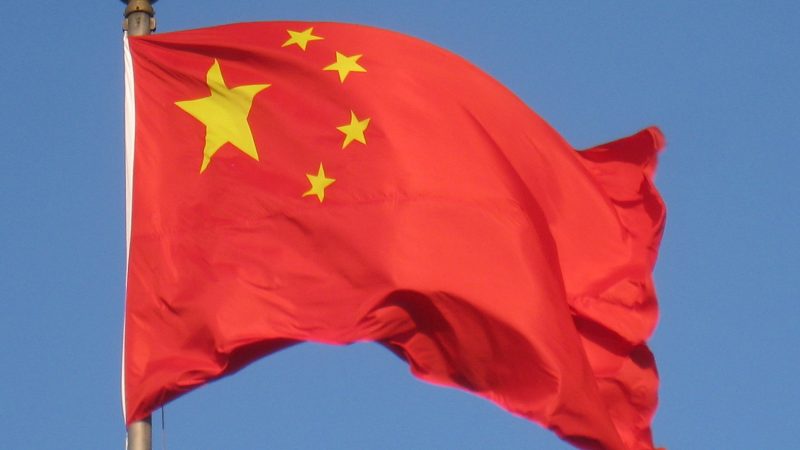 Onur Sinan Güzaltan
China has managed to draw the world’s attention throughout the course of modern history, beginning with Mao Zedong’s “Long March” in 1934. Even in the West, predictions for a future that exclude China’s leadership are increasingly scarce, as China’s economic, social and political rise has had a tremendous impact on the masses, particularly in light of the coronavirus pandemic, something which Henry Kissinger himself described as “extraordinary”.

The 🇺🇸#US and 🇪🇺#EU are destroyed by the #Covid19 outbreak. The fact that 95% of factories in China are already open drives them mad. Op-ed by @Adnan_Akfirat https://t.co/jbJUc7nH2e #Coronavirus #UnitedStates #Europe — United World International (@uwidata) April 10, 2020

In the very heart of neoliberalism, New York’s Governor Andrew Cuomo’s gratitude to the Beijing administration for its assistance, a sign of his ignoring the federal government, was a historical breaking point that came at the same time China drastically increased its influence in Europe, especially in Italy and Spain. Cuomo’s gratitude should be considered far beyond an appreciation, and might better be described as submission to China’s transition from a defensive to an offensive stance, rendering it capable of interfering with the United States’ internal affairs as Washington further falls away from its role as the world’s singular superpower. The coronavirus is a milestone of history, and the history books will describe the post-pandemic era as the “Age of Asia”. The dialectic and the unity of the opposites. Although China has used its own models in its domestic economy to outplay the Atlantic Empire, it was able to successfully make use of the primary tool of the former global system, globalization, to succeed in foreign policy and trade. As we enter the post-pandemic new era, the fundamental question humanity needs to ask is whether or not the Beijing administration will maintain oppressive mechanisms of the old system? China has used globalist strategies, but how deep does the globalist mentality actually run within the government itself? More clearly put: is China a globalist state? And if it was, will it now continue to be?

The coronavirus pandemic can only be defeated on a global scale, and the calls for a global solution are coming from two different sides. On one hand, there are politicians such as Henry Kissinger, Gordon Brown and the modern faces of international capital such as Bill Gates. On the other, there are Chinese government officials. At first glance, this situation may cause confusion, creating the impression that representatives of the global order and Chinese officials are teamed up on the subject; many of the evaluations and assessments made on the subject point in this direction. At the Davos Summit in January 2017, Chinese President Xi Jinping paved the way for the claims that China is in support of the ongoing global system when he said: “It is true that economic globalization has created new problems, but this is no justification to write economic globalization off completely. Rather, we should adapt to and guide economic globalization, cushion its negative impact, and deliver its benefits to all countries and all nations.” In his speech, Xi continued; “Some blame economic globalization for the chaos in the world. (…) The international financial crisis is not an inevitable outcome of economic globalization; rather, it is the consequence of excessive chase of profit by financial capital and grave failure of financial regulation. Whether you like it or not, the global economy is the big ocean that you cannot escape from China must have the courage to swim in the vast ocean (…) China’s development is an opportunity for the world; China has not only benefited from economic globalization but also contributed to it.” Xi made a similar speech at the Boao Forum in April 2018, adding that “China is the defender of the international order.” After seeing many such statements and assessments from the Chinese authorities, we would be avoiding the truth to claim that China is fully against globalization. However, when we follow China’s attitude and approach in foreign policy and trade, especially in the Belt and Road Initiative, we find that the globalization that China encourages is totally different from the Western-centered example that exists to this day.

Chinese globalization according to the US

Unlike Western globalists, China is taking an approach in foreign policy that avoids interfering in the internal affairs of other countries, and is rather cooperative with the country’s centralized government instead of separatist/reactionary organizations through the Belt and Road Initiative. In terms of trade, as we have seen in the example of the African countries where, at least so far, a “win-win” model has been in effect, wherein raw materials are generated for China while the supplies the needs of the country are met in turn. On the issue of cultural interaction, China has followed a respectful approach to other cultures instead of the Western globalists desires to make the other nations of the world adopt their own values. In order to grasp, what China understands when it talks about globalization and its foreign policy, it is worth mentioning the report presented to the US Congress on March 13, 2020, under the signature of Nadege Rolland;

“Beijing’s objection to the existing international order grows out of two main complaints; 1.The perceived discrepancy between China’s power and its international status, and “unfairly” perpetuation in favor of the U.S.-led West (…) 2.The existing order is rooted in norms intrinsically antagonistic to the organizing principles on which the China Communist Party system is based and are thus an enduring threat to the regime’s legitimacy. Whereas the West believes that the promotion of liberal democracy can help achieve global peace and prosperity, the CCP blames the global promotion of “so-called universal values” for conflict and disruption worldwide (from “color revolutions” in the former Soviet Union to chaos and violence in the Middle-East) – an obvious reflection of its own survival anxieties.”

The report continues to assess China’s outlook and objectives, in brief; As it is stated clearly in the US reports, there are differences in economic, political and cultural ways between the Chinese and the Western globalization models. While China emphasizes cooperation, we see enforcement of the Western model. Professor Korkut Boratav, one of Turkey’s prominent economists, makes the following statements in an interview, in which he shares his predictions on the world politics after the Coronavirus pandemic:

“They called the system “globalization” to hide the concept and phenomenon of “imperialism”. Is it possible to maintain a world order like this? Imperialism cannot be tamed. This international order affiliated with a dirty history, it is unsustainable… The best option would be a possible Chinese hegemony to spark a new international order, similar to the Golden Age after 1945. Otherwise, decay, disintegration and collapse will be imminent… We have returned to the decision that had come up in 1917-1918, on the international level: socialism or barbarism…”

As Boratav has stated, we are currently going through a revolutionary process, and the decisions of the Beijing administration will not only determine China’s fate, but will also have an effect on the course of humanity.

One response to “Is China a globalist state?”