Why does the US want to attract Brazil to its orbit? 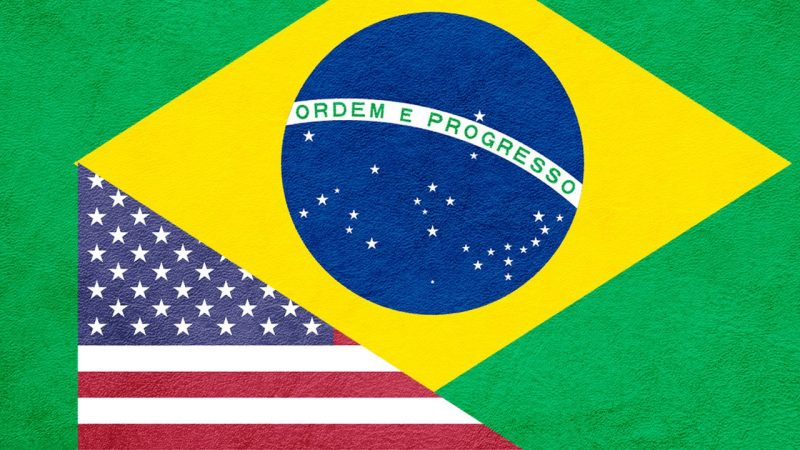 Recently, the President of Brazil Jair Bolsonaro, traveled to the United States to meet with political and economic figures who will in some way demarcate the future of the country. The objective is to sign a military agreement between Brazil and the United States that seeks to strengthen ties between the two countries and join forces, among other things, against the Venezuelan regime. According to various sources, the presidents were going to seek to maximize pressure against the Nicolás Maduro regime in Venezuela, a pressure that was currently supposed to be around 60% of its capacity actually. In this regard, the Trump administration is promoting an alliance that encompasses Brazil and Colombia as the maximum drivers of the pressure that the White House is seeking.

It is necessary to remember that the interest arises because Brazil has the most important armed forces in all of Ibero-America and has become a regional benchmark. Brazil has even carried out proposals for Security and Defense agreements with the rest of the regional countries (and even with African countries with a Portuguese colonial past), whose main manifestation is the ZPCAS (The South Atlantic Peace and Cooperation Zone).

Brazil is one of the most industrialized Ibero-American countries in the region, as well as one of the possessors of an important military industry that provides direct and indirect employment to nearly of 300,000 people. Brazil has been promoting military industrial development from the State, as well as its innovation and competitiveness vis-à-vis the exterior. It is certainly a relevant and competent growing industry, which unlike other regional countries that were dismantling and neglecting their military industry (such as the special case of Argentina), the various Brazilian governments and political changes knew how to maintain and enhance this strategic sector.

Brazil, in addition to having a very important military industry in the region, has demonstrated in recent years to carry out geopolitics applied to strengthen regional ties with all of South America, while at the same time carrying out a commercial expansion in the Portuguese-speaking African countries. This, of course, also derives in an important important influence as a result of the presence of Brazilian multinationals and investments in different sub-Saharan countries. Brazil, for aspects such as those mentioned, is already considered a global actor that is part of the emerging economies that make up the BRICS (Brazil, Russia, India, China and South Africa), being the country with the greatest political weight in South America, and which makes of him an essential actor when analyzing regional geopolitics. Brazil has established itself in recent years as the sixth world economy, a position that debuts with the United Kingdom annually due to its continuous economic crises. Brazil constitutes itself as one of the largest countries in Ibero-America and in the entire world, controlling a space of more than 8 million square kilometers where 210 million inhabitants live. Undoubtedly, the desire of the United States to add this country to its bloc is an important desire that seeks, among other things, a powerful partner to subtract the “anti-American” influence on the continent, both from Venezuela and Cuba, as well as also from Russia and China.

Since 2019 Trump had been increasing interest in Brazil, especially since Bolsonaro was a great ideological sympathizer linked to the conservative evangelical right. This is how in 2019 Donald Trump communicated to the US Congress his interest in declaring Brazil as a strategic US military ally outside on NATO. But this is not something new, the approach of the United States with Brazil has been taking place for some time since the government of Michel Temer, even if today closer thanks to Bolsonaro. This shows that the United States is especially interested in attracting Brazil to its side in order to generate strategic alliances through sweet commercial offers that are difficult to reject by Brasilia.The United States certainly has already realized that the world is no longer unipolar, so it urgently needs to adapt to multipolarism trying to form blocks of alliances with other actors to achieve greater strategic and defense cooperation.

This treaty will have special commercial consequences with the United States, since the bureaucratic processes between both countries would be streamlined allowing them to introduce their products more easily. This, of course, carries with it other strategic commitments that the United States needs in the face of deterrence and international support.

This agreement has been described as historical because it makes it try to bring Brazil closer to being a future link in NATO as Colombia already is today. According to various american Think Tank’s the rapprochement between two giants of the American continent carries with it agreements that range from the economic to the military, including technological safeguards between the two countries that gives access to the launch of US spacecraft and satellites at the Alcántara base in Brazil.