US military plane crash in Afghanistan: A ‘downed’ craft with a lot of question marks 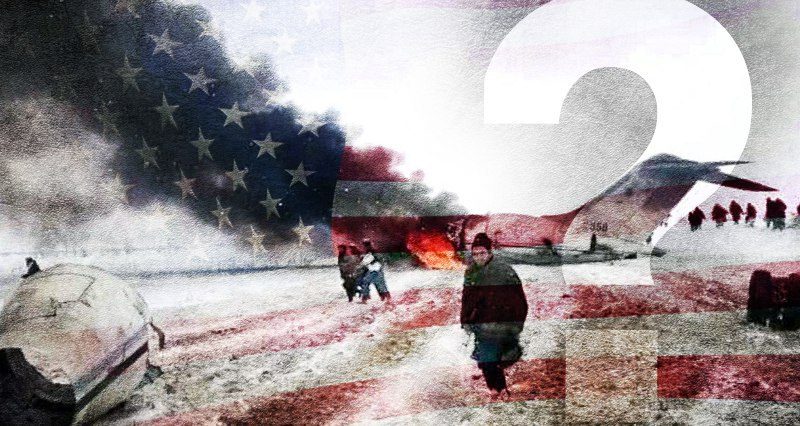 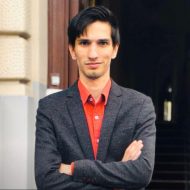 The crash of an American plane in the Afghan province of Ghazni has raised rumors, debates  and doubts in Afghanistan over who actually controls the country’s airspace.

At midday on Monday January 27, Afghan media outlets began to report that a passenger plane had gone down in the Deh Yak district of Ghazni province (an area which has been controlled by Taliban militants for years), not far from the capital Kabul.

Within minutes of the crash, a police officer from the province confirmed the information in a phone interview with news reporters. The breaking news was swiftly spread across Afghan media outlets and social networks.

Afghanistan’s Second Vice-President, Sarwar Danesh, gave a speech at a gathering in Kabul on Monday where he revealed that the ill-fated aircraft had belonged to the state-run company Ariana Afghan Airlines and was flying from Herat city to Kabul. Danesh said there were 83 passengers on the board at the time of crash.

However, a few minutes later, Ariana’s acting chief Mirwais Mirzakalwal corrected Danesh’s report, saying the Ariana only had two flights on Monday and that both planes reached their destinations safe and sound.

The Ghazni governor’s press office later confirmed that the crashed vessel did not belong to the Ariana Afghan Airline.

Although top Afghan political sources confirmed that one plane had crashed Ghazni province, paradoxically, no one in the Afghan media was able to report the most important information about the incident, such as what kind of aircraft (civilian or military) had crashed and why.

Mr. Aref Rahmani, the Ghazni province’s representative in the Afghan parliament, tweeted that the crashed aircraft was not a passenger plane and that there had only been fifteen passengers on board. Of course, Mr. Rahmani did not say anything about Americans being involved at the time.

More than three hours after the crash, the Ghazni government’s press office released a video of the destroyed aircraft which was then revealed to be a US military plane.

IS THE TALIBAN RESPONSIBLE?

Purported Taliban spokesman Zabiullah Mujahid turned the story into an international sensation with a single tweet.

Mujahid wrote on Twitter that “an intelligence aircraft of US was shot down in Sadokhil area, Deh Yak district of Ghazni at midday Monday,” pointing out that an “enemy intelligence aircraft crashed in Sado Khelo area of Deh Yak district in Ghazni province noon on Monday resulting in all crew & high-ranking CIA members killed; wreckage & dead bodies laying at crash site.”

Colonel Sonny Leggett of the US military tweeted on Monday that while a US Bombardier E-11A had crashed, “there are no indications the crash was caused by enemy fire.”

The Taliban’s statement about this incident was published in three languages: Farsi, Pashto and English, but with some substantial idiomatic differences between all three versions. However, the important thing is that the Taliban did not say directly in any version ​​that the US aircraft was shot down by their militants. The differences in phrasing between all three texts of statement shows that the Taliban is very skeptical of this plane crash.

Nonetheless, the mainstream media swiftly published fake news that the Taliban movement had claimed responsibility for the downing a US military plane in Ghazni province.

Multiple people were confirmed dead in the crash. The Taliban said in its statement that high-ranking CIA members were killed.

On the one hand, the statement suggests that the Taliban wants to indirectly claim responsibility for the incident, but refuses to express it directly for some reason. Perhaps the Taliban does not want to get on the wrong side of the United States at the height of the Afghan peace talks, especially when they are so close to making an agreement.

Mujahid told the Guardian that the purported downing of the plane had “no impact” on the negotiations for a US withdrawal from Afghanistan: “No agreement has been reached yet, and the Americans are continuing their attacks as well.”

AYATOLLAH MIKE AND AN IRANIAN FOOTPRINT

Some un-official Iranian and American sources spread the story that, according to military intelligence, Michael D’ Andrea, the head of US intelligence operations against Iraq, Iran and Afghanistan (also known as the “Dark Prince” or “Ayatollah Mike” for his role in the killing of Osama Bin Laden and the murder of top-Iranian general Qassem Soleimani) was killed in the crash:

Murderer of #Soleimani Killed in US Plane Downing in Afghanistan: Sourceshttps://t.co/1km1nYIUYB#Afghanistan pic.twitter.com/7X8AwyyIeK

VERSIONE ORIGINALE IN ITALIANO
The news is so big that we have to write it running the risk of a denial, … pic.twitter.com/7Da2jmkHug

In June 2017, the New York Times published an article by Matthew Rosenberg and Adam Goldman entitled “CIA names the Dark Prince to run Iran Operations…,” about D’ Andrea. The authors of this article introduced the man who, according to Iranian security officials, had been behind the unrest in Iran.

Unconfirmed reports that the CIA head of anti-Iran operations, Michael D'Andrea aka Ayatollah Mike, was on board the plane that crashed near Ghazni, Afghanistan this morning.

D'Andrea also masterminded the murder of Imad Mughniyeh, former Hezbollah Chief of Staff, back in 2008.

The Iranians vowed to take vengeance on the United States for the assassination of national hero and IRGC General Qassem Soleimani. Iranian military officials had said that the missile attack against the US military base at Ein-al-Assad in Iraq was little more than “a slap in the face” for the US, and the real revenge would come later.

The circumstances further complicate the idea that it was the Taliban who shot down the American plane in the Ghazni province.

The Iranian authorities have yet to make any statements about the assassination of the ‘Dark Prince’ or their participation. However, do not forget that in spite of their polar ideological positions, Taliban delegations have visited Iran numerous times over the past year and held closed talks with Iranian political and military officials.

It is perhaps worth noting that in a conversation with the Daily Mail, an unnamed American official denied that the ‘Dark Prince’ had been killed.

Moreover, 48 hours after the plane crash, the Pentagon identified two US soldiers who had been killed in the incident. They were Lt. Col. Paul Voss, 46, of Yigo, Guam, who served at Headquarters Air Combat Command at Joint Base Langley-Eustis, Virginia, and Capt. Ryan Phaneuf, 30, of Hudson, New Hampshire, who served on the 37th Bomb Squadron at Ellsworth Air Force Base, South Dakota, the Pentagon said in a statement.

The Pentagon identifies two airmen who died in a US military plane crash in Afghanistan on Monday https://t.co/yd5wxDd8Uj pic.twitter.com/l25jloCTun

At the moment, the technical details of the plane crash in Afghanistan have yet to be published. Given the conflicting version of events and the lack of any official confirmation regarding responsibility by the Afghan officials, the crash could have a serious impact on the situation in the country.

Musadiq Parsa
Musadiq Parsa is a freelance journalist born in Afghanistan and expert in the political and social Afghan problems. His writings have been featured on top Afghan and international media-outlets like BBC Persian, Deutsche Welle, 8Sobh, and elsewhere. He has appeared on Iran International to talk about the current political climate of Iran and Afghanistan. On Twitter: @MusadiqParsa