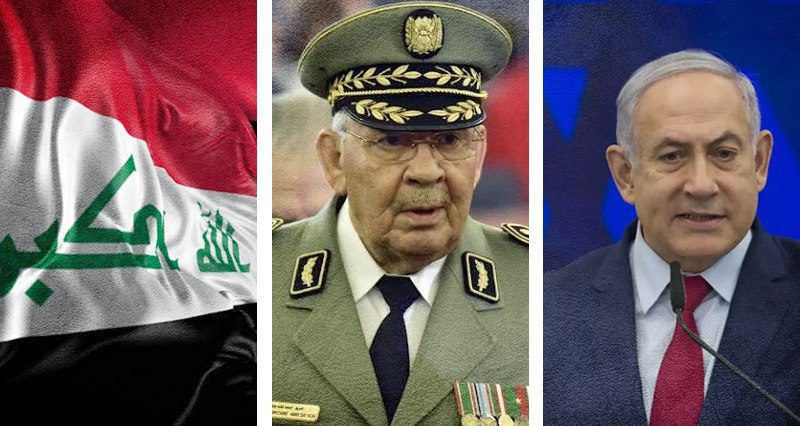 The death of Salah in Algeria

In Algeria, Ahmed Gaid Salah, the 80-year-old head of the Algerian armed forces and a veteran of the Algerian war of independence, died of a heart attack. Formerly a supporter of President Abdelaziz Bouteflika, he opposed his nomination for a fifth term during major protests.

After Bouteflika resigned in April, Salah de facto served as Algerian leader, was actively involved in preparations for the December elections and supported the candidacy of the man who did win the presidential elections.

Elections took place in Israel. Benjamin Netanyahu won re-election as head the Likud party. On December 27, according to the official voting results, Netanyahu received the support of 72.5% of his party members. Israeli Prime Minister’s rival, Gideon Saar, received 27.5% of the vote.

According to Netanyahu, this was a “big victory”.

Formerly, Netanyahu and the head of the opposition Kahol Lavan bloc, Benny Gantz, had both tried to form a government within 28 days of the last elections, but failed.

Democrats in the US did not rule out that they might consider bringing new charges against President Donald Trump.

The probability is low, experts say, but the Democrats’ lawyer in the US House of Representatives’ Judiciary Committee used the argument in court in an attempt to get the testimony of former White House counsel Don McGahn.

The domestic political situation in Iraq has recently deteriorated even further. The Pentagon said that the US had hit five sites of the “Kat`ib Hezbollah” movement in Iraq and Syria.

The military department argued they were preventing “attacks in the future” against coalition forces. The US accuses Iran of sponsoring Hezbollah and their attacks are an attempt to weaken Tehran’s influence.

Block Al-Fatah, led by former Iraqi Transport Minister Hadi Al-Amiri, called on parliament to make an urgent decision to withdraw all foreign forces from the country after US’ strikes, according to a coalition statement. Iraq has not approved the decision so far.