The Geopolitics of the British Election 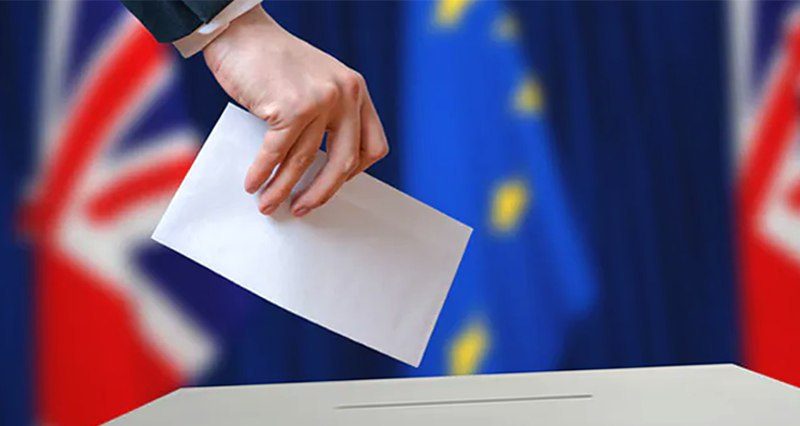 The British elections scheduled to take place on December 12th constitute a milestone for the evolution of the European and global situation. They are the most important elections in Europe after those in Greece in 2015, which brought a radical, anti-systemic force to the EU and NATO– or, at least, a force pretending to be such, and voted in because it was understood as such.

Ιn the British election the forces of a quasi-far-right quasi-“radicalism” oppose the left-wing “radicalism”, something that is far from the usual clash between right-wing conservative and social-democratic parties. This fact by itself is absolutely revealing of the depth of the crisis western capitalism (and the European Union) is facing in the wake of 2008, with no easy exit in sight. Both the establishment and the popular classes can no longer serve their interests and seek solutions to their problems by the usual political tools they were using after WWII. In Britain they did not create new ones, as happened in Greece and to a large extent in France, they transformed the old ones. 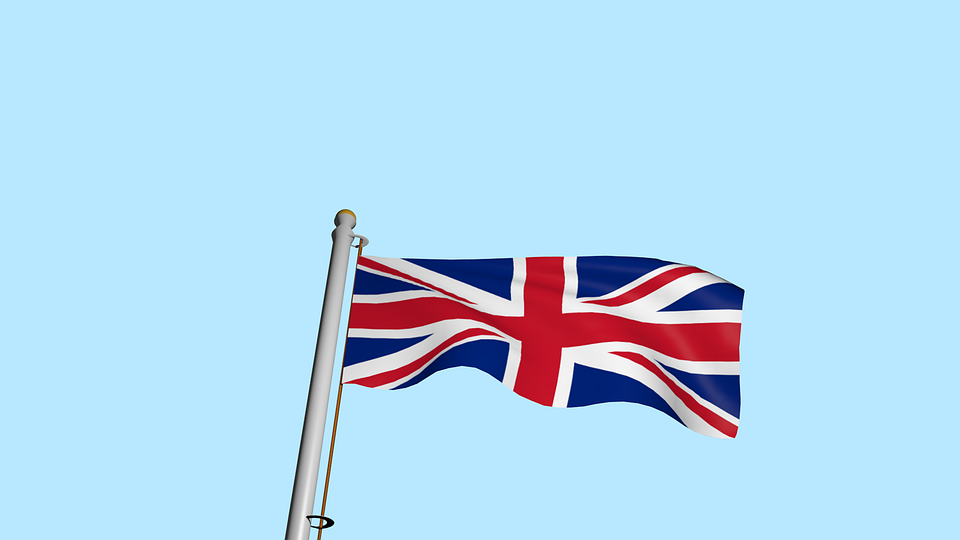 As this article is written, polls seem to indicate a large victory for Boris Johnson’s Tories, but also demonstrate a rise of Corbyn’s Labour Party, thus making any prediction risky. Given that there is not much time remaining, we cannot rule out the electoral results imposing an unstable balance between these two forces and thus moderating somehow, but only temporarily, both right-wing and left-wing radicalism in British society and politics.

However, whatever the outcome, it must be assumed for certain that Britain, like France, is now entering a period of very important political and social conflicts that will have a major impact on the European and global situation.

Even in its decline, Britain remains a great power, it possesses nuclear weapons, it is a permanent member of the Security Council and it has some international influence of its own through the Commonwealth and its “special relationship” with the US. It has lost its empire, but it has the imperial know-how and an almost atavistic tendency to use it at every opportunity, as demonstrated, among other things, by London’s enthusiastic involvement in the destruction of Iraq and Libya. The “imperial syndrome” is deeply entrenched into the British “state DNA” and it is useful to remember it was Churchill, not Truman, who started the Cold War with his Fulton speech in 1946. Of course, Britain has, at the same time, a great socialist tradition, being the motherland of modern workers movement.

Johnson’s victory will bring with it the danger of a new, big war in the Middle East that could turn into nuclear. Under Johnson, Britain will keep supporting the very dangerous and destabilizing attempt to encircle Russia by NATO and its nuclear weapons, it will probably favor escalating tensions with China and it will support Washington in its policy of imposing new right-wing authoritarian regimes in Latin America. Johnson’s victory will be a serious blow to efforts to save humanity from the fast-moving and highly threatening climate change, a problem of life or death for humanity today, not in ten years.

Johnson’s victory will also reinforce the forces of international financial capital and neoliberalism which are seeking an exit from the crisis by a) intensification of austerity policies, leading to a kind of “social genocide” of the poorest classes in western societies, accompanied by serious limitations of what remains of social and democratic rights in the West, b) by intensifying the war of the multinationals against nature (the “physical and biological capital” of humanity) c) by continuing and launching new wars against the “external enemies” of western capitalism (Islam, Russia, China, the Third World), making thus more difficult the already very difficult task of achieving a peaceful, social, democratic and ecological exit out of the post-2008 economic crisis. This crisis, which began in 2008, is deep in the history of capitalism, along with the 1870-80 and the 1929 crises. Such deep crises were directly responsible for the emergence of modern Imperialism on a massive scale, and for both world wars, the Russian and the Chinese revolutions, Nazism and huge reform projects like the New Deal in the US. 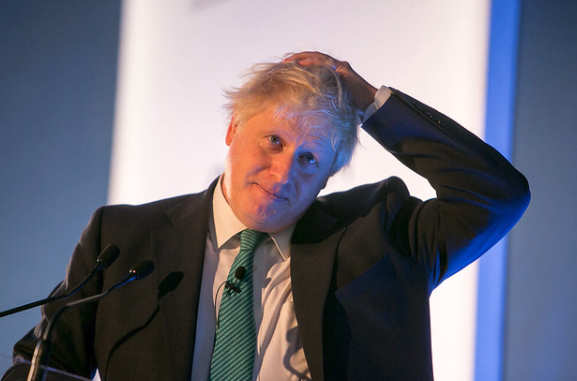 All the most extreme think tanks in the United States, where Neoliberalism and Neoconservatism were born, where the wars in the Middle East and the new Cold War were designed and continue to be planned, have now become deeply entrenched with the British Conservative Party, drafting his policy, a Party that is no longer conservative, but it has now adopted a radical, almost far-right posture.

The fact that the dangers of a Johnson victory are the ones we have outlined above is proven with certainty by the unprecedented Israeli lobby attacks against Corbyn’s Labour. Those attacks are not due, of course, to the non-existent “anti-Semitism” of the Labour leader, but to the fact that Corbyn is an anti-nuclear and anti-war activist since he was 15 years old, expressing the best anti-imperialist traditions of the British socialist and workers’ movement. His victory over Johnson would be a formidable obstacle to the re-emergence of neoconservative-Netanyahu’s  plans for new wars in the Middle East, which, if realized, risk to blow to the air what remains of the Middle East and of the world peace.

“Anti-semitism”, Russia and the new McCarthyism

A new McCarthyism is in force across the West, with anyone who develops a critical political view accused immediately of being anti-Semitic, pro-Russian or both. Global media, concentrated as they ever have been in History, in the hands of big financial Capital, play in this respect the role of a post-modern Holy Inquisition, essential to the rise of modern day Totalitarianism. Like the old McCarthyism, the new one seeks to prevent any rational and democratic debate by spreading guilt and fear while isolating as much as possible the bearers of any un orthodox, critical or alternative view. Such an intellectual and political atmosphere is absolutely necessary because it is only in conditions of real absence of critical thought and democratic debate, that it is possible to justify monstrous political choices of Western governments, like the wars launched in the Middle East or the destruction of the western welfare system and even of whole countries, like Greece.

It should be noted at this point that the widespread use of the accusation of antisemitism against anyone who disturbs will eventually and paradoxically lead to the development of a real new and powerful antisemitism. It was people who shared Corbyn’s ideas and morals who gave even their lives to save Jews during the Holocaust, rather than the fascist and imperialist international friends of the present leader of Israel. It is very frustrating, a source of deep skepticism and disappointment for the very future of Humans, to see the majority of the elite of a people who have played a leading role in the development of modern civilization, a people with the historical experience and the accumulated knowledge Jews possess, to prove themselves so completely unable to use them in a positive way, in order to escape from their perennial swing between the roles of the victim and the offender.

Stop Corbyn by any means

But it’s not just the Lobby which presents Corbyn as a terrible threat, thus supporting indirectly but clearly Johnson. It is also the Generals and a former MI6 leader who openly threaten even with a military coup, in the event of Corbyn’s victory. They have now even established a legal base for such a coup, by claiming the ultimate source of legitimacy in the country is the Queen! It is also Tony Blair, one of the protagonists of the criminal invasion of Iraq, which opened the chain of catastrophic wars and interventions that tore down half of the more advanced Middle Eastern states, provoking an enormous refugee wave and terrorism (when this terrorism was not created directly by Western, Turkish and Israeli services).

All of them know that Corbyn’s rise to power in one of NATO’s most important countries means very big difficulties for their various war plans. If, on the contrary, the hope that Corbyn stands for is lost, the road to a War is wide open in all fronts. Boris Johnson has not kept his international views a secret, to the point of comparing Putin’s Russia with Hitler’s Germany. We cannot know if the donations of Russian oligarchs to the Tories have influenced his ideas on Russia and in which direction. Anyway views are a very secondary factor for persons like him. It is a devastating, potentially deadly delusion to think that the move to war and imperialism depends ultimately on personal views, likes or dislikes of one or another leader, be it Trump, Macron or Johnson.

Since the time Hobson analyzed Imperialism as one of the two possible outcomes of the 1870-80 crisis, we know that this phenomenon is not an accident but the possible result of a system at an impasse. Lenin, in his book on Imperialism, based his analysis on Hobson’s ideas. His book remains a useful and interesting read even today, likely more useful and interesting to read than it is to visit the author’s mummy which is still entombed outside the Kremlin walls. Let us keep in mind that Lenin’ had a keen interest in Keynes’ ideas.

The War danger and the fight for a multipolar world order

To avoid a new war, and possible a nuclear one, deterrence is necessary, but hardly seems sufficient in the long run. Agreements between world powers may be useful or harmful but they are also not sufficient.  This is because, as Brzezinski noted once, the weapons are more the symptom and the result of the underlying geopolitical conflicts than their cause: an idea Clausewitz would rather agree with. The history of the 20th century is full of agreements signed to avoid a war, whose result was only to facilitate it. Stalin believed that by signing the Ribbentrop – Molotov pact he would avoid a German offensive against the USSR; Andropov, Gorbachev and Yeltsin believed their personal communication with Western, in particular American leaders would end for good both the Cold War and the nuclear arms race. Now, NATO is deeply in the territory of the ex-USSR, in spite of all promises made and there is no more the structure of nuclear arms control. NATO wants to extend its enemies, now also including China. We would not like to seem so “retrograde”or “backward” or “old-fashioned”, but one wonders if all that is not but a quite a blatant confirmation of Lenin’s understanding of imperialism as the highest stage of capitalism.

The only way to face the long term probability of a conflict, including a nuclear conflict, in a really stable way, is by changing the material and even civilizational fundamentals of a world system which is producing expansion, tendency to dominate, imperialism and wars. You may say such a goal is utopian and unrealistic… perhaps it is. Even so, it is ten or a hundred times more unrealistic to believe humanity will survive this century by sticking to its present habits.  This is exactly what makes political forces like Corbyn’s Labour Party of strategic importance in advancing towards a deeply, radically different world order. Multipolarism can be a first historic stage in that direction and the Labour Party is now moving toward it. Accepting the existence of other powers, instead of consuming all our forces in a potentially mortal competition between them, we can take the first step toward attempting to solve the existential threats facing humankind.