What is really happening in Bolivia? 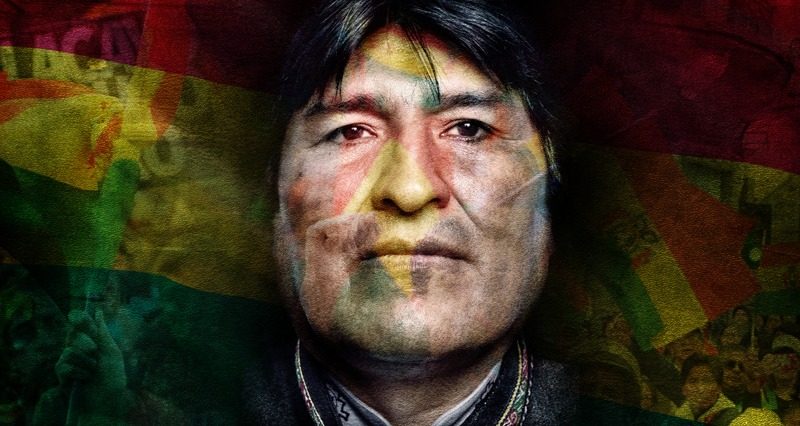 FROM ACCUSATIONS OF FRAUD TO RESIGNATION

The latest Bolivian elections were held on October 20, resulting in Morales’ victory by for little difference of less than ten points. Opposition forces claimed the elections were laden with irregularities, accusations which were echoed by national bodies such as the Supreme Electoral Tribunal, trade union bodies such as the Central Obrera Boliviana (the largest in the country) and international entities such as the OAS (Organization of American States).

As the votes were tallied, there was heavy scrutiny around nearly 83% of the votes. Almost 24 hours later, the final results were published indicating that what had initially been a small gap had widened in favor of Morales, who had achieved an absolute majority and was consequently proclaimed president for the fourth time. The results were hotly contested by opposition forces who came out into the streets in protest. These groups claimed that the elections were “vitiated by nullity” and that “they cannot attest to the integrity of the election results”, denouncing the decision as a result of electoral fraud. The protests in many areas turned violent, with destruction and looting reported in the main cities that left 346 injured and 3 dead.

Before the social chaos and the declaration of the Supreme Electoral Tribunal, Evo Morales called for new elections to try to calm the unrest. Despite this, the situation continued to worsen. Violence continued on the streets as state security forces rioted in their barracks and refused to quell the rioting protesters.

On top of all of this, Williams Kaliman, a Commander of the Bolivian Armed Forces loyal to Morales, released a statement calling on the President resign in order to bring a strop to the violence, simultaneously appealing to the groups on the street to remain peaceful. Morales, numerous leftist political movements and a large portion of the international press consider what occured to be a “coup d’etat.” Numerous politicians, both government officials and opponents, suffered attacks and looting on their property, including Morales’ own home being ransacked. Morales then announced his resignation in order to ensure peace and put an end to the ongoing violence against his political partners. At the same time, he denounced what had happened as a coup d’etat organized by the military and police. Morales has boarded a plane bound for Mexico where he has been granted asylum.

THE GOVERNMENT AND THE INTERNATIONAL SITUATION

In recent years the situation in Latin America has shifted radically. The leftist parties that had dominated South American have been losing successive elections, with socialist governments only maintaining their hold on power in isolated cases such as Venezuela, Cuba and Bolivia.

The Morales government in Bolivia experienced a very different reality from that of socialism in the rest of the countries of the region, increasing its GDP annually by around 6% and doubling its GDP per capita between 2005 and 2013, becoming the fastest growing country in the South American region. Bolivia benefited from an increase in raw material prices, particularly (alongside Chile and Argentina) having one of the largest Lithium deposits in the world. The country was also a large exporter of natural gas, its biggest buyers being Argentina and Brazil. At the same time, it managed to achieve food self-sufficiency (with the notable exception of sugar), and generated savings from increased taxes that, according to the IMF, were invested in the public sector and social spending, contributing to stability and forming a “financial cushion”.

Unlike the socialism of Venezuela where the State had majorly interfered in the private sector, in Bolivia a mixed economic system was in place that did not harm the private sector but still empowered the State, allowing them to reduce poverty in the country by 1/3. However, political exhaustion with the ruling party came as a result of Morales’ alleged attack on the Catholic church (which has a massive presence in Bolivia), his promotion of promotion of indigenism and hispanophobia, accusations of corruption (although these remain unproven) and his attempt to maintain his grip on power. Morales’ had been gradually tightening his influence on different sectors of society over the course of his 14 year rule. Since 2017, Morales had faced serious political obstacles for trying to modify the constitution in order to allow him to be re-elected indefinitely, something that was eventually ratified by the supreme court.

On an international level, Bolivia has positioned itself as an “anti-imperialist” nation, promoting regional socialism, defending Maduro’s government in Venezuela and maintaining its presence in USAN (Union of South American Nations) despite the fact that most member countries decided to leave the organization in protest of its left-leaning ideology.

Morales’ presence in South America was uncomfortable for Washington because of his support for Venezuela and opposition to United States’ influence. His government was also a dangerous example of a relatively successful model of socialism that might have been adopted by other countries in the region.