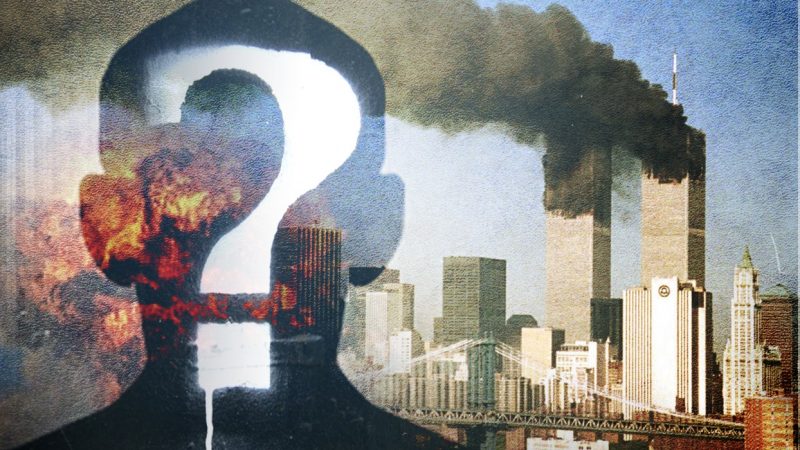 It is impossible to ignore today’s tragic anniversary: ​​exactly 18 years ago, the events took place that would forever after be associated with the date 9/11. On this day in 2001, horrific terrorist attacks of monstrous proportion shook the world. At the time, the attack was attributed to a small group of hijackers led by the international terrorist Mohammed Atta of Egypt. At least 2,977 people died in the initial blasts, while thousands more are dying to this day as a result of upper respiratory diseases sustained in the aftermath of the collapse of the World Trade Center.

Since that day, however, inquiring minds have been haunted by questions about what really happened. Their questions are not a result of simple curiosity: the official version, according to data collected by independent researchers and the commission assigned to investigate the crime, hardly even corresponds to the laws of physics, and asks us to believe things that are patently absurd. Here are a few examples.

According to the official version:

1. It was aviation fuel that caused the buildings’ 90-floor metal support structures to melt simultaneously in less than three hours, at which time the building collapsed at free-fall speed without encountering any obstacles.

2. Aircrafts made of duralumin cut through the buildings’ metal structures (including numerous steel-beams and concrete walls) like a knife, perforating them completely.

3. The combustion temperature was so high that the entire office building was crushed into little more than deadly dust.

These absurd allegations have been repeatedly refuted, or at least called into question, by a number of independent international experts, including engineers and bomb designers. One can endlessly point out contradictions which expose the US government’s lies and the role the media played in covering up these crimes on an international scale… however, it is far more important to understand who benefitted from this deception, and what exactly doesn’t add up in the official version.

On this tragic date, UWI has curated opinions from a variety of experts who have called the official version into question. We ask our readers to respect and honor those who died and to continue to offer remembrance and prayers.

“The fact which most critically refutes the US government’s version of what happened on 9/11 is the way all 3 buildings collapsed into their own footprints within seconds. 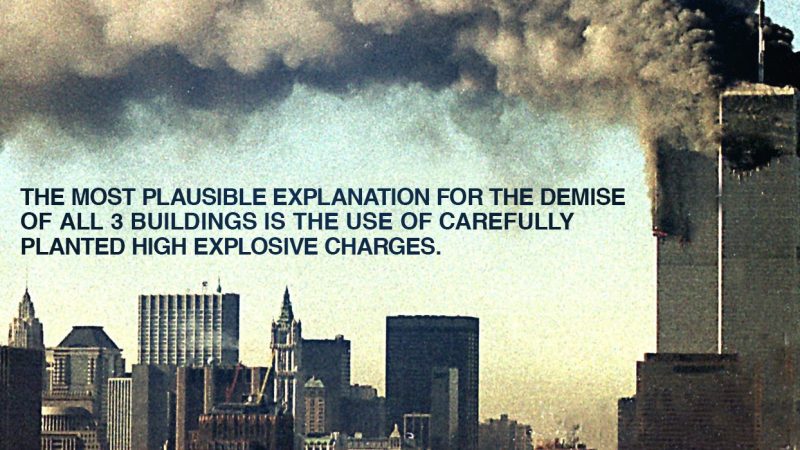 The two Trade Towers were skyscrapers made of concrete and steel, specifically designed to withstand a crash by a large passenger plane. The jet fuel in the aircraft burned for only a short time, and, like the flames from the furnishings in the buildings, it didn’t burn hot enough to weaken the steel framing at the core of the towers.

Building 7 which was not hit by any aircraft, yet it too collapsed after 1700 hours on September 11; 7 hours after the other buildings fell. According to a University of Alaska study, this could have occurred only if all the internal pillars supporting the structure failed simultaneously.

The most plausible explanation for the destruction of all 3 buildings is the use of carefully planted explosive charges. All three structures fell straight down in the exact manner of a controlled demolition.

This is, however, only speculation, since no real examination of the events of 9/11 has ever actually been undertaken by any official body.

It should be worth noting that in 1945, a B-25 medium bomber crashed into New York City’s Empire State Building. The skyscraper was open for business the next day”.

“As a high ranking executive-branch official with top security clearance, I know for a fact that if a few terrorists had caused such enormous humiliation to “the world’s only superpower,” the president, Congress, and the media would have been demanding to know how every aspect of the national security state failed simultaneously on one morning. Heads would have rolled.

But no one was held responsible. No one had to resign or was fired. The White House resisted every effort to mount an investigation for one year. No forensic investigation has ever made. Instead, the White House convened a political group who produced a report that contained little more than the government’s assertion that Osama bin Laden had attacked America. The government’s official story has no evidence behind it, consisting of little more than the government’s assertions. For example, there are numerous video camera recordings of whatever it was exploded at the Pentagon. 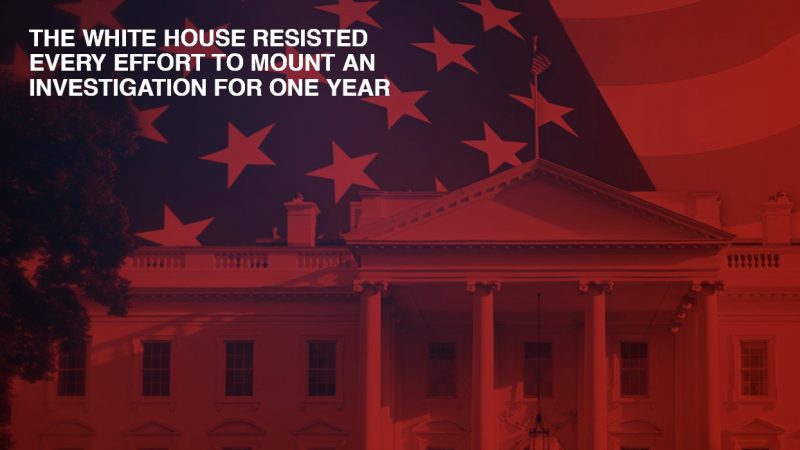 The government says it was a hijacked airliner, but refuses to release the videos that prove its assertion. Obviously, we can conclude that the videos do not support the government’s version. Neither does the damage to the Pentagon which is nowhere close to the kind of damage an airliner would make. Forensic investigations of the 9/11 attacks have been conducted by private scientists, engineers and architects. They found conclusive evidence that nano-thermite was used to destroy the three World Trade Center buildings in controlled demolitions. Instead of confronting the independent evidence, the government dismisses there claims as “conspiracy theories.”

Experts familiar with the actual evidence and the actions of the US government that followed have concluded that 9/11 was a false flag attack on the US organized by Vice President Dick Cheney, his stable of Zionist neoconservatives and Israel in order to drum up public support for the US military to invade and reconstruct the Middle East in the interest of Israel and the US military-industrial complex”.

“It seems to me that it is the arms manufacturers who have benefited the most from the September 11 tragedy. As is well known, following the September 11 attacks, the United States invaded Afghanistan in 2002, and Iraq in 2003. Bombs, shells, missiles and other weapons used during this period helped arms manufacturers earn tremendous profits, at the expense of nearly everyone else.

In addition, following the attacks, high-ranking figures began to work for and sign contracts with security companies, security agencies, and other companies, such as those which supply bomb-detectors and x-ray machines for airports.”

It is for this purpose that the United States, having received approval from some states in the Middle East, entered the arena and intensified military conflicts. Among them were the eight-year Iran-Iraq war, as well as the Gulf War. The terrorist act of 9/11 was only a cover to justify the presence of the United States in the Middle East and the mobilization of the American military contingent in a number of countries in this region. We can say that the terrorist attack of 9/11 was the culmination of the globalist elites’ policy in the United States to strengthen its position in the international arena. If the United States really wanted to punish the perpetrators of the 9/11 terrorist attack, then it would not have been necessary to invade Afghanistan or Iraq and occupy those countries for several years.

It was enough to punish the militants and supporters of al-Qaeda, whose names and whereabouts were known. The United States had another goal, which was to change the political map of the Middle East for the sake of its globalist interests, as well as for its Israeli and Saudi allies. In addition, the terrorist attack of 9/11 became a kind of political weapon for pressuring the enemies of the globalist forces in the Middle East, specifically Iran. To justify the “rationality” of introducing severe political and economic sanctions against Iran, the United States falsified the facts about the perpetrators of the terrorist attack of 9/11.

Iran, without irrefutable evidence having been provided, was accused of violating human rights, supporting terrorism, and creating a nuclear bomb, and its government was also accused of being involved in the development, implementation, and concealment of traces of the 9/11 attacks. In addition, such a fraud was the reason for the legalization of the theft of Iranian assets frozen in American-based accounts. In general, there is great disagreement between the United States and the opposing globalists of the United States on the definition of “terrorism.”

Globalist structures in the USA regard any actions of their opponents as terrorism. This applies to countries such as Russia, Iran, Lebanon, Syria, etc. While, according to international law, it is the actions of the United States, in the form of economic and political restrictions, unauthorized UN Security Council military airstrikes, and support of certain forces in different countries for carrying out coups, that’s actually considered terrorism.

In reality, sanctions against Iran, the economic war with Russia and China, the invasion of Afghanistan and Iraq, the support of terrorists in Syria, Libya and Yemen, as well as the coups in Venezuela and Ukraine, are called examples of such terrorism. It was these actions by globalist-oriented American politicians that turned the United States into the number one terrorist in the world”.

It is important to add that, according to many experts, it was under the pretext of 9/11 that American forces carried out the invasion of Afghanistan, killing innumerable people (according to some estimates, more than 50,000 civilians), ostensibly hunting for the mastermind of the attacks, Osama bin Laden. US military incursions have become the norm, most justified under the rubric of ‘combating terrorism.’

We live in an insecure world where our own government can no longer be seen as our ally. We are confronted with the same “insecurity” at home and abroad. We live in a world of pervasive, all-embracing lies that kill both physically and mentally. Mankind has been betrayed and assailed by transnational corporations and other agents of the globalist elite.