How many countries and forces are participating in the war in Syria? 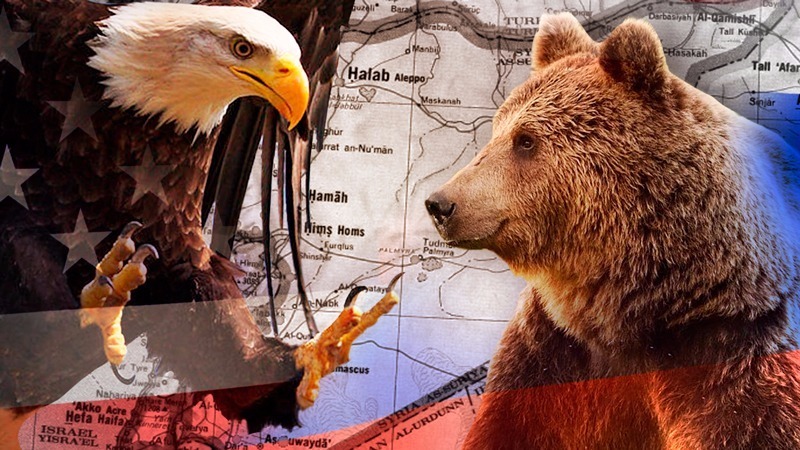 In 2011, a civil war in Syria began which would continue for the next 7 years. The country became a geopolitical conflict zone for the confrontation of various states around the world. The number of countries involved in the actual conflict is difficult to account for.

Experts started to characterize the conflict as a proxy war between regional powers rather than as a civil war.

The extreme increase in ISIS members and the enlargement of ISIS-controlled territories in Iraq and Syria brought the US into the conflict. In the autumn of 2014, the US started to bomb the positions of Islamists in Syria as well as openly supporting the moderate opposition to al-Assad. Russia entered the war in September of 2015 to provide support for Bashar al-Assad.

Since September 22, 2014 the USA and its coalition (Great Britain, France, Turkey, Australia, Canada) and an assortment of Arabic countries (Saudi Arabia, Morocco, the UAE, Qatar, Jordan, Bahrain) have staged military interventions in Syria under the pretense of the fight against the Islamic State terrorist organization, Al-Nusra Front and the Khorasan groups connected with Al-Qaeda. The operations are performed without the official consent of the Syrian leadership via bombing campaign against settlements and bases controlled by the specified organizations. The airstrikes have also regularly targeted the Syrian Arab Republic itself, including the Syrian air force.

In 2016, a lot changed thanks to Donald Trump’s electoral victory. The American agencies in the Middle East on which the previous administration leaned were partially dismantled. Obama had developed an ideology which attempted, at least ostensibly, to strike a balance between support for Palestine and support for Israel. With the recognition of Jerusalem as the capital of Israel, the United States position changed to one of unwavering support. As Trump considers Obama to have been a supporter of the Palestinians, he has taken up opposing policies.

In reality, Trump has done at least one irreversible positive thing: he has objectively strengthened the positions of antiglobalist forces in the Middle East (including Turkey, Iran and Russia). He gave the world hope for alternative policy of peace and a multipolar world. Of course, he acted not in interests of the Ankara-Tehran-Moscow axis, but for the benefit of neocons and Israelis against the “swamp”, but he nonetheless moved the world towards multipolarity by creating its objective prerequisites.

Trump pushed Tehran further away from Washington, leading Iran into a closer relationship with Ankara and Moscow. Erdogan’s turn to Russia in 2016 and 2017 reached is now reaching the level of a strategic partnership. Regular negotiations between Erdogan and Putin have allowed the two leaders to construct a general strategy in north Syria.

Unfortunately, the American globalists are becoming all the more active in Syria in their continued attempts to destabilize the Middle East, exemplified in the latest US coalition and Israeli led attacks in Syria.

A serious contribution to destabilization of Syria has been made by Israel. Syria and Israel have been  in a de jure state of war since 1948. Since the beginning of the Syrian war, the Israeli military has regularly struck blows on Syria and sought to claim territories in the Golan heights for themselves. The latest example was extremely obvious for all involved- the Israeli Air Force came in from the Mediterranean Sea and struck Syrian sites near the city of Latakia (the attack was made on September 17 at around 22.00). Following the attack, there was an open provocation in the form of the downing of a Russian IL-20. The Israeli forces have intentionally created a dangerous situation in the area – first of all, for surface ships and aircrafts. Tel Aviv carried out the attacks in close proximity to the location of the French frigate “Auvergne” creating a very dangerous situation for the ship.

According to the UN, by 2015, about 220,000 people had already died in the conflict. The war was one of the main causes of the European migration crisis, triggering a massive exodus of refugees from Syria. The conflict is characterized by fierce fighting, indiscriminate shelling of populated areas, massacres and numerous war crimes against civilians: the economy and infrastructure of the country has suffered immense damage. Sharia law and slavery are legalized in the territories controlled by Islamists, religious minorities are persecuted, and objects of cultural heritage are being destroyed.

The main event of 2016 was the success of government troops and their allies (Russia, Iran, the Lebanese Shiite group Hezbollah) in the battle for Aleppo. Opposition detachments, four years in control of the eastern half of this strategic city in northern Syria, suffered a crushing defeat. Unlike other Syrian cities controlled by the opposition (primarily Homs and Hama), where the sieges of dragged on for months and the government forces achieved their goal only by military blockade (deprived of food, reinforcements and ammunition, opposition detachments agreed to leave the city), the assault of Aleppo passed swiftly, according to a fundamentally different scenario. The outcome of the battles in Aleppo decisively changed the alignment in the confrontation of the Syrian government troops with the opposition forces.

In addition to the successes of the government army, 2016 brought two more fundamental changes. Firstly, a new participant joined the Syrian conflict – Turkey sent troops to the northern territories of Syria. While the official goal of the operation was to fight terrorists of the “Islamic state”, in fact, the main enemy of Ankara in the area is the Syrian Kurds, who attempted in March 2016 to create an autonomous state along the border with Turkey. Secondly, in 2016, the positions of the “Islamic state” itself was significantly undermined, a symbol of what happened in May after the liberation of government troops Palmira. In neighboring Iraq in 2016, the “Islamic state” suffered huge territorial losses: government forces and their allies liberated ISIS’ key cities – Fallujah and Ramadi. The international coalition led by the United States, however, failed to complete the assault of the Iraqi “capital of the caliphate” – Mosul – before the end of the year. The attack of the US-backed “Syrian Democratic Forces” on the Syrian “capital of the caliphate” – Raqqa – slowed down. Taking advantage of the fact that the main Syrian government forces were diverted to the siege of Aleppo, the formation of the ISIS in the beginning of December managed to repulse Palmyra and the surrounding territories. This, however, became only led to temporary and localized success.

2017 brought radical changes to the situation in Syria. The main result of the year was the defeat of the grouping “Islamic State”, which as early as 2015 controlled vast territories in Syria, as well as in Iraq. It is too early, however, to begin talking about the complete physical elimination of terrorist forces. As of mid-2018, ISIS militants still control small areas in the Daraa province of southern Syria, as well as several settlements on the eastern bank of the Euphrates between the cities of Abu Kamal and Deir ez-Zor. The presence of ISIS persists in two enclaves in the Syrian desert at the junction of the Homs and Deir ez-Zor provinces and on the border of the Homs and As-Suwayda provinces.

The defeat of ISIS allowed Russia to announce in late 2017 that they would be winding down the operations of Russian military security services. Meanwhile, the completion of the active phase of the fighting did not lead to the establishment of peace – the Syrian opposition and the outside forces supporting it have shown that they do not intend to participate in the post-war reconstruction of the country if Bashar al-Assad continues to lead it.

In answering the question of how many different forces are actually participating in war in Syria, it is possible to mention dozens of actors – The Syrian government, the internal opposition, various terrorist organizations, Kurdish troops, the USA, Israel, Jordan, Iraq, Turkey, Russia, Iran,Hezbollah, Lebanon, also Saudi Arabya, Bahrain, Katar, and the United Arab Emirates, to name just a few.

Considering the difficult geopolitical quagmire where each participant has its own interests (the USA, Israel and Gulf States are aligned, yet have completely different reasons for wanting the destruction of Damascus), it is possible to predict that destabilization will continue. The only forces struggling for the preservation of peace in the territory are Turkey, Iran, and Russia. Only such coordination is capable of protecting Syria and stopping the chaos in the Middle East.