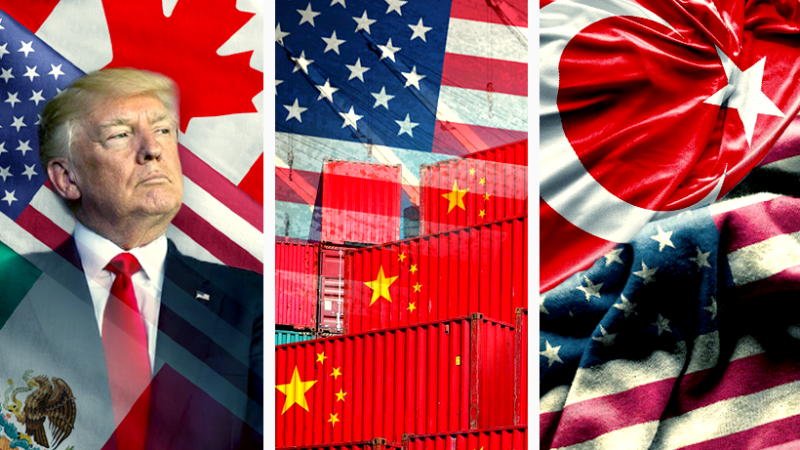 On the 2nd of September US President Donald Trump  made an appeal to Congress, threatening to withdraw from the North American Free Trade Agreement (NAFTA) without a new agreement if legislators interfere in trade negotiations with Canada.

….Remember, NAFTA was one of the WORST Trade Deals ever made. The U.S. lost thousands of businesses and millions of jobs. We were far better off before NAFTA – should never have been signed. Even the Vat Tax was not accounted for. We make new deal or go back to pre-NAFTA!

Earlier, Canadian Foreign Minister Hristia Freeland arrived in Washington, but the leaders could not reach an agreement. Negotiations were extended.

Donald Trump previously announced that the US and Mexico have entered into a deal designed to replace the North American Free Trade Agreement, which was signed in 1992. The revision of NAFTA or the complete abandonment of this agreement was one of Trump’s main campaign promises.

US President Donald Trump confirmed his plans to introduce additional tariffs on Chinese goods. According to Bloomberg, the amount will total $ 200 billion. The edition forecasts that this step “will become a serious escalation” in the trade war between China and the United States.

The US leader responded, saying that Bloomberg sources “are not very mistaken” and after September 6, additional duties will be imposed on Chinese goods, which will apply to a wide range of goods from monopods for selfies to semiconductor materials. In addition, the head of the White House sharply criticized the Chinese authorities for deliberately undervaluing the renminbi exchange rate.

Escalation of conflict between US and Turkey

Turkish President Recep Tayyip Erdogan said that it is time to end the domination of the US dollar in international trade. According to Erdogan, linking virtually the entirity of international trade to the US dollar is becoming a big problem. “Trade wars and protectionism force us to use new strategies in various spheres,” Erdogan said at a business forum in the Kyrgyz capital.

Erdogan also pointed out that the manipulations with the exchange rates, which resulted in the Turkish lira becoming much cheaper, were committed in order to make the whole world doubt that Turkey’s economy is strong and healthy. But thanks to the position of the Turkish people and the measures taken by the government, this attempt has failed, Erdogan claimed.