Would Blacklisting Iran’s IRGC and Increasing US Military Presence in the Persian Gulf Lead to Hostilities in the Strait of Hormuz? PART 1 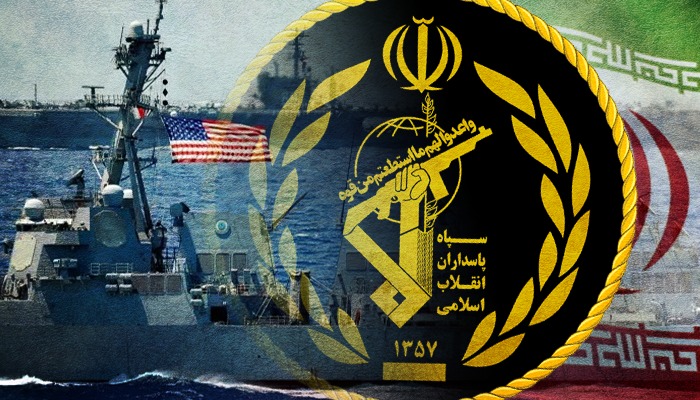 The recent Washington’s designation of Iran’s elite, 125,000-member IRGC (Islamic Revolution Guard Corps) as an FTO (Foreign Terrorist Organization) was overlooked in the Western media as a typical story with the short attention span of the everyday news cycle. I am not an alarmist in my work, but it is now completely ostensible, perhaps more than ever before, that the Washington-Tel Aviv-Riyadh axis of chaos is pushing Iran, the world’s fifth largest oil producer and fourth largest natural gas producer, into a dangerous corner in the geopolitical boxing ring, if you may, and laying one punch after the other with the sole purpose of goading Iran to respond and punch back. Certainly, the Iranian shooting down of the $222 million RQ-4 Global Hawk drone a couple of weeks ago in what Iran claims was its territorial waters, confirmed by Russia, sends a chill up Pentagon’s spine. The Iranians achieved this with a surface-to-air missile that we are told didn’t cost more than $30,000 or $40,000m depending on various estimates. Welcome to the age of asymmetrical warfare, not just theoretically, but on full display, a war scenario that the Iranians have anticipated and planned for decades which is literally playing with fire where there is a lot of oil.

Some argue that in Syria, the Iranians have practiced “admirable restrain”. Otherwise, it would have given Israel even more of an excuse [and a pretext] to further justify their F-16 Falcon fighter jet bombardments of some of the most strategic locations within Syria where it is reported that Iranian Army’s 65th Brigade Commandos and IRGC Quds Force Special Forces [and military advisors] are present within 10 Syrian military bases with the T-4 Base being the most important and active. The Israelis claim that within some of these bases, there are missile productions facilities and even uranium enrichment although that hasn’t been verified and could be dismissed as psychological warfare. Nevertheless, what is of special concern to Iranian policy makers (and military rank and file) is the possibility of a limited aerial bombardment of the most strategic military and nuclear facilities WITHIN Iran’s territory itself by Washington, similar to Israel’s surprise air struck on Iraq’s Osirak nuclear reactor on June 7, 1981, better known as, “Operation Opera” (Hebrew: מבצע אופרה ), aka “Operation Babylon”, except this time it will be against the Natanz Nuclear Facility near the fabled ancient Iranian city of Isfahan and the Fordow Fuel Enrichment Plant which is a uranium enrichment facility located 20 miles northeast of the city of Qom.

The replication of the Osirak air strike might be possible, especially now when the much-awaited Iranian policy shift is finally manifesting in going back to enriching uranium, re-opening Arak’s Heavy water reactor, and quite possibly Iran’s refusal to stop selling its yellowcake in a reciprocal act to the US’ withdrawal from the 2015 nuclear deal. On the same token, Iran’s President Rouhani also stated that Iran will continue its efforts to stay in the JCPOA (Joint Comprehensive Plan of Action, AKA, the Iranian nuclear deal) despite their enemies’ wishes.

Now add to this quagmire, Trump and his Neocon henchmen’s highly reckless [and dangerous] global policy approach in creating wars and conflicts in various parts of the world and his anti-democratic personality of disfiguring what’s left of our American democracy and you have the real potential of war in the Middle East. This is no longer in the realm of conjecture but reality, one that I personally don’t forecast to happen.

With the Iranian economy tanking and their currency losing four-fifth of its value since 2016/ 2017 time period and after much foot-dragging and what President Rouhani has described as Iran’s “strategic patience” running out since Trump broke the deal in 2017, this time there seems to be somewhat of a consensus within both the liberal as well as the conservative camp within Iran in dealing with President Trump’s reneging of the JCPOA. So far, the Iranians have given a 60-day moratorium, soon to end, to the five superpowers still remaining in the JCPOA to come up with a solid plan to ease the draconian Trump economic sanctions in order to preserve Iran’s interests enshrined by JCPOA.

Also, this time, the Iranians seem to no longer validate any European false promises, much at the dismay of Europe. The recent German Foreign Minister’s visit to Iran and his harsh threats of taking Iran’s dossier back to the UN Security Council and the infliction of further sanctions wasn’t exactly reassuring to Iran. Even the liberal hoodwinks in Tehran have finally realized that Europe can definitely not be counted on and feel Iran should also ignore all EU’s requests, especially France’s ridiculous demands on curbing Iran’s deterrent missile capabilities which according to Iran is the country’s only effective way of defending itself. The EU and the three European JCPOA signatory nations, i.e. UK, France, and Germany, have only supported Iran in rhetoric and nothing more. It is too late for the Iranians, even the neo-liberals in Tehran, to hope their European counterparts to develop some testicular fortitude and moral backbone in acting according to their JCPOA obligations, especially when it comes to trade and commerce and actually standing up to the Trump Administration beyond empty words and foot-dragging unfulfilled promises.

Also, as long as the NATO framework [and expansionism] remains in place accompanied by the neoliberals’ evermore fashionable Russiaphobia, nothing will change for the better. Interestingly, President Trump was openly challenging the continued existence of  NATO, in its current formation, in the beginning of his presidency before the globalist new world order reality struck him down with Vice President Mike Pence’s NATO speech three years ago. I have always been on record that as long as the Transatlantic Alliance remains in place, politically and economically, and carried through militarily (vis-à-vis NATO), Washington and her European vassal and client states’ ships will sail in the same direction. The rest is dangerous wishful thinking, something that should have no room in the intricacies of international relations and geopolitics with its three principles and derivatives, i.e. national interest, mutual interest, and most importantly, geo-economic leverage. The mess we are in today is a direct violation of a system of politics or principles based on practical rather than moral or ideological considerations, i.e. realpolitik as defined by the Merriam-Webster Dictionary.

With a chaos president like Donald Trump and war-mongering colonialist neocons such as Mike Pompeo and the infamous John Bolton instigating one crisis after the other around the world, we now need, more than ever, problem-solving, practical-minded, and realistic adults conducting these Herculean affairs instead of the1960s hippie liberal remnants such as Former Obama Secretary of State John Kerry, et al. and his copious liberal Iranian counterparts. As President Vladimir Putin summed it up well, “Liberalism is obsolete.” To this, we should also add the eminent death of neo-conservatism which if you ask me isn’t conservative at all.

With all due respect and admiration to the great Dr. Zarif, a career UN diplomat, a respected academic, and Iran’s foreign minister during the past six years under President Rouhani, and his amazing shuttle diplomacy and tremendous hard work, it would have been in the Iranian national interest if a Teflon-tough career negotiator was in charge rather than a weak and appeasing human rights professor, as remarkable as Dr. Zarif is. Let’s face it, the Third Reich was never really defeated. It only morphed into what Washington has unfortunately become with its tremendous (but unsustainable) bullying nuisance. Consequently, it gives me no pleasure to remind our Iranian counterparts of the major judgement errors and strategic error committed by the British Prime Minster Neville Chamberlain during his three years tenure in office (1937-1940) when he tried to appease Hitler which resulted in a miserable failure for British diplomacy. Similarly, the Rouhani Administration’s entire line of reasoning to push for the JCPOA, as well as to mislead and convince their domestic liberal Iranian constituents, was not only a strategic blunder, but worst, it weakened Iran’s position for many decades to come when it comes to their nuclear advancements. Iran should have NEVER put itself in that position by playing directly into their enemies’ hands. But then again, maybe that’s what the liberal faction in Iran always wanted in order to weaken the Islamic Republican system, the power of their supreme leader and most notably the IRGC. Much discussion and compelling feud has been going within the internal Iranian politics on this exact topic.