China: A coherent strategy that encourages Africans to turn their backs on the West 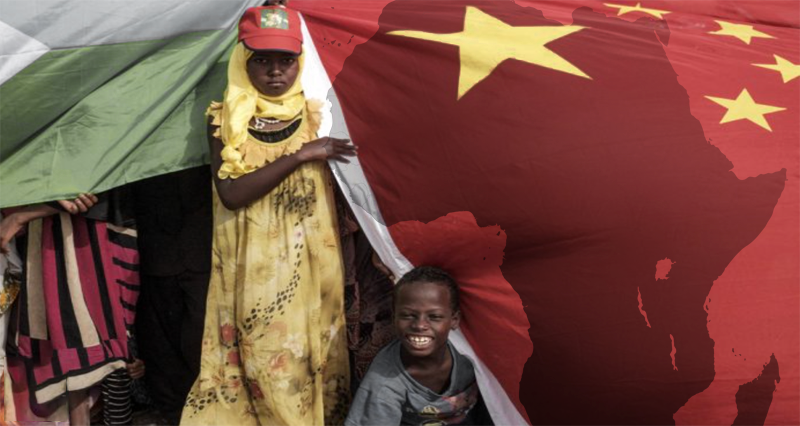 Qin’s visit started on January 9. The trip included Ethiopia, the headquarters of the African Union, Gabon, Angola and Benin, Cairo and the headquarters of the League of Arab States. It was a repeated message from Beijing through which it acknowledges through the highest Chinese diplomat the importance that it attaches to this part of the world. 33 years ago, any new Chinese foreign minister made the continent the destination of his first foreign tour.

Qin’s visit was the third one by a Chinese foreign minister to Egypt and the headquarters of the League of Arab States in 4 years, which reflects the importance of China-Egyptian and China-Arab relations in Chinese diplomacy in recent years.

According to Ali El-Hefny, Egypt’s former ambassador to Beijing, the visit of the new Chinese foreign minister to Africa is an old Chinese tradition that indicates the importance China attaches to its African relations in the battle for global influence in the face of the United States.

In the view of a number of analysts, the visit of the Chinese minister comes as an exploratory trip as part of Beijing’s efforts to expand its influence abroad, in light of the new cold war with the West and in light of the rush of major countries to win Africa’s resources and to search for a foothold in it.

China is Africa’s largest major trading partner, and a prominent investor in infrastructure and mining projects in the continent. Trade between China and Africa reached $254.3 billion in 2021, an increase of 35.3% year-on-year.

Although the visit aims to emphasize the friendship between those countries and China, however, in light of the criticism directed at Beijing’s diplomacy, which some describe as a “debt trap” by which China lures poor and developing countries to win their valuable assets, it seems that this is an exploratory trip and a great opportunity to maximize Beijing’s political influence.

According to an Egyptian source, the visit of the Chinese official to Ethiopia and Egypt as part of his African tour raises speculation that Beijing may play an important role in one of the most important fateful conflicts in the continent, which is between Cairo and Addis Ababa over the dam that Ethiopia is building on the Nile.

The source indicated that despite Beijing’s inclination to Ethiopia’s position, the Chinese leadership does not want the conflict to reach an explosive state, and therefore it may play an important role in bringing the two countries closer to an agreement that takes into account the interests and concerns of both parties.

The source explained that China has large investments in Egypt, whether in the new administrative capital, or in the Suez Canal area, which represents an important part of its large project “Belt and Road Initiative”, which is one of China’s most important initiatives in the battle for global influence.

According to the source, Egypt is suffering from a major economic crisis and Beijing cannot turn a blind eye to it or its repercussions on its projects, or even the valuable opportunities that these crises can provide.

“Beijing would lose if the Egyptian economy collapsed, given the level of trade between the two countries, because China is the largest user of the Suez Canal, an important link for shipping its goods to Europe”, the source added.

“The visit of the Chinese official to the Arab League is a Chinese confirmation of what was agreed upon a month ago after the successful Arab-Chinese summit, and after the first Chinese-Gulf summit, which enhances China’s role in the region”, he said.

According to specialists in African affairs, the continent is extremely important to China as it seeks to assert unrestricted access or monopoly to rare earth minerals and other natural resources in Africa, which are important to China’s economy and military interests, especially confronting the West.

Although there is agreement between Russia, Iran, Türkiye and China in the face of Western influence regarding Africa, we find each of them seeking to achieve its independent interests individually and without coordination. Even within the Western camp, each country works alone to achieve its goals.

It is expected that China will succeed in dominating Africa in the coming years, because it is the only one that has a coherent vision, resources and political will to pursue its agenda, and focuses on effective economic influence through effective relations with African governments and generous support for the construction of the infrastructure that the continent desperately needs.

The Egyptian source indicated that the United States is focusing on establishing individual relations with African countries to achieve specific interests, especially security, without having a grand strategy to increase its presence or achieve its economic goals.

According to the source, France has a strong vision to continue its political influence, but it is only limited to West and North Africa.

“The Chinese are accepted in Africa because they have no colonial past, as is the case with French and British influence. Besides the neutrality of the Chinese moral position towards African societal and political values contrasts to Western policy that seeks to impose its values”, he said.

In my opinion, China is well aware of the large economic market that Africa represents, in addition to being one of the largest voting blocs in the United Nations.

Beijing needs to ensure the support of that bloc, or at least neutralize it, in the event that it decides to annex Taiwan – a decision that the world knows that China is determined to do and that it is only a matter of time.

China’s success in achieving this will guarantee it broad economic and strategic gains that guarantee its hegemony in Asia as a prelude to a further step in the battle for global influence.

What confirms the nature of the conflict in Africa is that Washington, before the end of the Chinese minister’s visit to the continent, announced that US Treasury Secretary Janet Yellen would meet with another high-ranking Chinese official in Zurich, before heading to Africa.

There is an American concern about the increasing influence of the major countries in the continent, especially as Washington is witnessing the turning of African countries towards Russia, China and Türkiye in light of the state of discontent among the African peoples towards the old and new colonialists.

Africa turns its back on the West

Over the past few years, several African countries have witnessed coups against political regimes supported by France. The new regimes sought to strengthen their relations with Russia, China and Türkiye.

At the same time, many African political regimes found great dangers in their economy’s association with Western companies or financial institutions, so they resorted to diversifying their economic relations with other major eastern countries.

Recently, Egypt has sought to join Eastern groupings and forums, in which it may find what it needs in terms of formulas for cooperation and coordination that are more balanced, such as the Shanghai Cooperation Organization.

Despite the presence of South Africa as a member state of BRICS, some other countries have requested to join the organization, such as Algeria. Regardless of the possibility of joining the organization, it maintains strong relations with China and Russia.

On the possibility of Egypt joining the organization, the source indicated that Cairo is seen as an important partner for the United States, as it receives from Washington military aid worth $1.3 billion annually.

“For this reason, in addition to the limited role of Egypt’s economy, it may be difficult for it to join the organization”, he added.

However, according to the source, Cairo, which did not submit an official request to join BRICS and none of its officials announced any desire to do so, will continue its keenness to strengthen its relationship with China and Russia and the economic organizations linked to them in an attempt to boost the Egyptian economy, which is facing one of its biggest crises.