Faced with the war in Ukraine, France must take up the challenge of the coming world 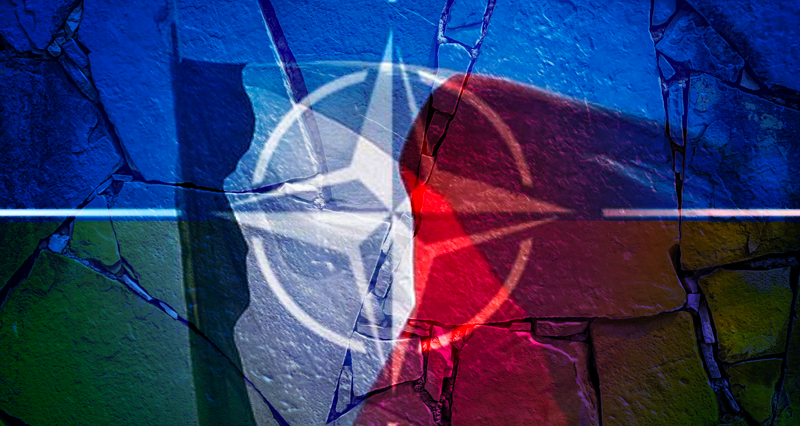 The policy of the French government towards the war in Ukraine is based on a contradiction in principle. On the one hand French government proclaims, along with other EU member states and the US, the need for Ukraine to win this war, fully participates in the sanctions against Russia and sends arms to Kiev. On the other hand, Emmanuel Macron affirmed that Russian concerns about their security must be taken into account and he maintains his talks with Vladimir Putin. In reality, his role as an intermediary and independent partner cannot be credible at a time when France has accepted the recent development of NATO since the Madrid Conference at the end of June of this year, and when the EU has become practically a military and economic annex of a North Atlantic Treaty that has turned into Global NATO. This is the context in which the current political and military situation in France must be assessed. Obviously, the sanctions condemn Europe to energy dependence on the US or, more precisely, on the globalist financial oligarchy that has taken Western countries hostage. Moreover, for more than twenty years, France has sacrificed its nuclear power which had made it one of the most advanced countries in the world. Yves Bouchet, former High Commissioner for Atomic Energy, and Henri Proglio, former head of EDF (Électricité de France), both denounced this abandonment before the National Assembly’s investigation commission on “French sovereignty and energy independence”. French officials have admitted two things: that 20% of French nuclear electricity is sold by EDF at a knock-down price of 42 euros per MW to its own competitors -the intermediaries who do not produce electricity! Especially since the US has imposed on EDF to add an extra 5% to this amount (to reach 25% in total), the fact that the price will rise to 49 euros in 2023 does not change anything to reduce the burden of the price increase on households. That is all at the expense of an already over-indebted public company and in the name of the “free and undistorted competition” of the Brussels’ regime! Worse still, while nuclear power ensured low costs for France, previous governments gave in to pressure from the EU to fix the European electricity market price in relation to the last producer connected to the network, namely that of gas. However, with the sanctions imposed on Russia, the price of gas rose to levels that have become unbearable for households and businesses. Thus, France, which could have obtained the lowest prices, is forced to suffer an increase in an absurd system! In April the Spanish and Portuguese asked to leave the European electricity market and that they did so in August! In this context, no nuclear power plant has been planned for 20 years with the exception of the EPR in Flamanville, which has been disastrously managed because of the financial priority imposed and the dramatic loss of competencies in the entire sector. In conclusion, we have to import American liquefied natural gas which costs three to four times as much and suffer from the lack of maintenance of our existing nuclear power plants of which more than a third have had to be temporarily shut down due to maintenance constraints and corrosion in the control and safety networks.

Thus, the energy crisis that has erupted since the beginning of this year as a result of the sanctions could not have taken on a large scale because of four things: since 2002, the “liberalization” of the major public services accepted by Lionel Jospin’s left and Jacques Chirac’s right, their adherence to the European electricity market, the concessions made to environmentalists by François Hollande in his 2012 electoral program and the continuation of this disastrous policy by Emmanuel Macron and his government and worst of all, the abandonment of our projects to recycle the waste, first that of the Super-Phénix super-reactor and then that of Astrid, with its fast neutron technology where France was in the lead!

It seems, both in our international policy and in our national policy, that the gravediggers of our national sovereignty have been and are in charge. In this sense, the war in Ukraine is only a revelation of their guilty incompetence. It should be added that the data of our Ministry of National Defense are under the control of Microsoft, those of the services of the Ministry of the Interior were entrusted to the CIA-controlled American company Palantir, and that the main public studies like the one concerning the public management of the Covid pandemic were entrusted to private consulting firms like MacKinsey, not to the State Administration.

The economic result is already catastrophic and by all accounts could rapidly become worse. On December 7, the Minister of Energy emphasized on television that “the decrease in energy consumption is growing, less 8.3% compared to previous years.” She was pleased with this “restraint ” while the report of the Réseau de Transport de l’Energie (RTE) emphasizes the seriousness of the situation: “the decrease in consumption concerns mainly the industrial sector, particularly under the effect of the increase in prices ” […] between minus 11% and minus 13% for large industrial sites“. In order to survive the winter many companies have already announced the suspension of their activities for several months as they cannot afford the increase. The President of the Cofigeo Group, for example, said that “with an annual bill for energy rising from 4 to 40 million euros, this temporary closure is inevitable.” Energy prices have risen by 5% to 20% everywhere, and if this trend continues, many small and medium-sized companies will go bankrupt, especially since they will now have to repay the exceptional PGE loans they received during the Covid, without being able to make any profit in return. Hundreds of thousands of employees will first be forced into partial unemployment and if the situation does get better, into total unemployment. The government chose to reduce the duration of unemployment insurance benefits and is preparing a reform on pensions. That will bring together all the unions against it, and they will organize demonstrations all over France that could paralyze, at least partially, the production mechanism. It is to believe that the government is looking for a confrontation or even a disintegration with which it believes it can control the economy.

Under these conditions, the people will directly experience the consequences of government policy in the context of what the government calls a “war economy.” Food shortages are already threatening. Not only has the proverbial price of a baguette gone up, but bakeries, which are major consumers of energy, could soon be forced to close and. In the event of power cuts, cold chains could be shut down, with the consequences one can imagine, but also and especially for the entire frozen food cycle: hospitals, schools, prisons… A “consumption sociologist “, Patrice Duchemin, speaks very clearly in the newspaper Le Parisien: “We are changing our model. Provocatively, I would say that we are almost returning to the model of communist East Germany. At that time, families went to the grocery store without knowing of what they were going to find there and adapted to that day by day. We come back to this type of daily life. The lack of certain products is becoming the new normal.”

In these conditions, a majority of French people think that “everything is going wrong”: lack of food but also of medicines, decrease of purchasing power, difficulty for hospitals due to Covid, flu, bronchiolitis and the departure of overworked and underpaid nurses, increase of transport fares and degradation of the service (delays, breakdowns, cancellation of trains…), cold in the houses against which the Minister of Economy is only able to propose to put on turtleneck sweaters! Competition and the market (a market controlled by financial algorithms and bureaucrats) have thus become a real religion in a State which is gradually being abandoned to collapse.

What is being proposed under these conditions? Instead of tackling the causes, the government is trying to fix the effects. It distributes checks, small sums paid as a lady boss would, but without a global overhaul of the system to at least eliminate the inequalities. Since 2018, a classic energy voucher, whose duration has been extended, an exceptional energy voucher in 2023 for low-income households, a fuel voucher in 2023, an inflation compensation in 2021, and an exceptional value-sharing and purchasing power bonuses paid by companies since 2021 and 2022… These numerous remedies can in no way cure the disease that the Ukrainian crisis has accelerated.

The decision of the European Central Bank (ECB) to raise its key interest rates by 0.50 points makes things even worse. Especially since its president Christine Lagarde, revealed against all odds that the ECB, given the risks of inflation, would even be ready to continue raising rates after the U.S. Federal Reserve (Fed). Lagarde expects a 0.5% hike in February, perhaps followed by another and another after that: “We are determined. We are not slowing down. We have further to go than the Fed.” Thus, access to credit will become increasingly difficult for both households and businesses, which are already facing great difficulties. In France, despite the fact that we borrow at a fixed interest rate and not variable as in the US, the crisis will be terrible. It is interesting that the Bloomberg agency is convinced that the Central Banks are ready to promote a recession to “cut the dead branches”. However, all value and production chains are now involved, and the poorest households will be the most affected. In fact, those responsible for the crisis want to make their victims pay the price, imposing on them an economic and social austerity although they are preparing the repressive organs to deal with the coming demonstrations of anger and to spread fear against any attempt to resistance.

However, both in international policy – with Angela Merkel’s admission that she and François Hollande, as well as their respective successors, had put in place the Minsk agreements to buy time and arm Ukraine – and in national policy – with an absence of vision and a cynicism whose consequences will be brutally evident from this winter onwards – the King is naked. The only weapon left to the government is the old formula of all empires: divide and conquer. In the face of this, the National Assembly and the party system are devoted to their positions and particular interests rather than dealing with the causes of the crisis. The division of the opposition, between Rassemblement National and Nupes and within each of them, prevents the emergence of a majority popular bloc to organize an alternative to leave NATO, the EU and the euro.