Missiles in Poland: An “unfortunate incident” or a deliberate provocation by Ukraine? 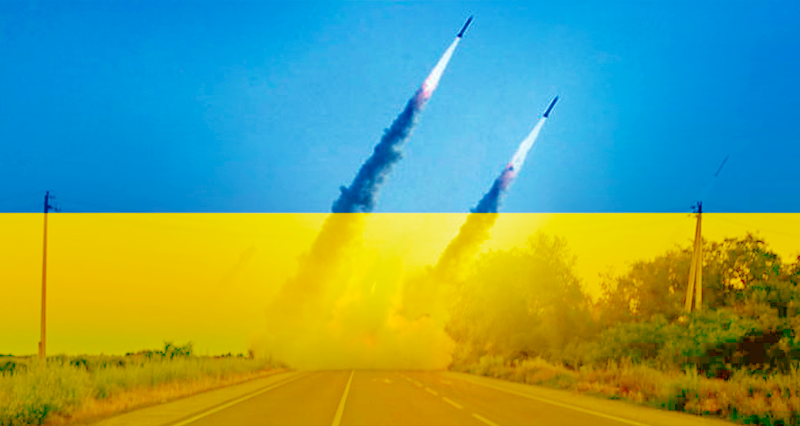 The conflict at the border on the territory of Poland, November 15, 2022, was about to trigger the Third World War, judging by the hysterical headlines in the media. There was an incident in the east of the country in the village of Przewodów. Objects fell to the ground, which were mistaken for “Russian missiles” even before any examination. Two people were killed.

The Russian Foreign Ministry immediately assessed the incident as a gross provocation and an example of Russophobic reaction. But the headlines – not only in Ukrainian and Polish, but also in English-language newspapers – were full of accusations of Russia of target bombing of Poland.

It is interesting that the headlines are now innocuous enough, but the URL shows the original ones. For example, first it was “Russian bombs kill two…” and after transformation it became “The West plots response to Poland bombing…”

Or: “Russian missiles crossed into Poland killing 2” was replaced with “US and NATO investigate blast in Poland that killed 2; Biden says missile unlikely to have been fired from Russia”.

Even before the circumstances were clarified, the Polish Foreign Ministry had already announced that a Russian missile had allegedly hit – or at least “a missile of Russian origin”. Already in the evening of the same day, there was talk about using Article 5 of the NATO collective defense, which implies that an attack on one NATO member would be considered an attack on the entire alliance and entail retaliation.

However, the truth was already revealed on November 16 through the Associated Press agency and other sources that the fallen missiles were the result of the Ukrainian air defense systems. The U.S. President Joe Biden confirmed this version, informing the G7 and North Atlantic alliance leaders and later the Polish President Andrzej Duda. Poland’s president has said a missile blast that killed two people near its border with Ukraine appears to have been an “unfortunate accident”, not an “intentional attack”.

NATO Secretary General Jens Stoltenberg also spoke and stressed that there was no confirmation that the incident in Poland was the result of deliberate action. The incident had no characteristics of an attack, he stated.

Turkish President Recep Tayyip Erdogan of the NATO bloc also displayed a firm stance, saying that the country considered Russia not to be involved in the incident and that he himself “respects and believes” in Moscow’s position.

Thus, questions arise: Was the information attack that almost unleashed the war really an accident, or was it still a deliberate provocation by Ukraine against Russia? Kiev had promised to the last minute to “present evidence” of Russia’s guilt, but only when absolutely all countries were convinced of Moscow’s innocence, did it admit by the evening of November 18 that it had itself engaged air defenses yesterday near the missile drop site in Poland. When you’re cornered, it’s hard to deny the truth indefinitely, and it looks like clownery in the eyes of coveted Western partners.

So, who would be the beneficiary if Ukraine’s provocation had succeeded? First and foremost, of course, Ukraine counted on Russia’s accusations and the unleashing of a full-scale war on the NATO bloc. Ukrainian President Volodymyr Zelensky said even before the circumstances were clarified that Russia was to blame and that NATO should invoke Article 5 by hitting back. “Hitting NATO territory with missiles… This is a Russian missile attack on collective security! This is a really significant escalation. Action is needed”, he said on his page.

Now Ukraine finds itself in a very awkward position. In fact, it is caught in a lie. It was its missiles that somehow hit the territory of Poland.

Another beneficiary of the information hysteria, according to The Guardian, was Poland itself. The publication talks about the division of the “collective west” into three blocs (“the English-speaking, the western European and the eastern European minus Hungary”), which side with Ukraine. This includes Poland, known for its historical hatred of Russia: the country may have hoped to draw attention to itself, to help Ukraine unleash a war and gain status in Europe itself by moving from a peripheral state to a weighty one. Defeating Russia by any means necessary, according to the publication, would have been a double jackpot for Poland. But Warsaw was also forced to acknowledge the fake missiles, as much as they would like to believe it.

And the third beneficiary, of course, is the US and the UK. In this case they were obviously afraid to rock the fake missiles in Poland, preferring a grueling war and a smooth approach to Russia’s borders to a head-on collision. Besides, it’s pretty hard to fabricate a case quickly and replace some debris for others. But in any case, the United States and Britain benefit from hysterics and local conflicts, which increase the general nervousness, create a situation of chaos and make Russia look bad. However, in this case, it was more the other way around to make Ukraine look like clowns and unreliable partners of the West. In fact, it was Ukraine that was responsible for the deaths of two Poles near its own borders, and it was its leadership that lied for all those hours when Western experts had already proved Kiev’s guilt.

It begs the question, was it all an accident?

Ukraine is equipped with the air defense systems S-300 in modifications S-300PT and S-300PS, which have the mode of firing at ground targets. The strike on the target on the Polish territory could have been carried out on purpose to cause a global crisis. Kiev would have received guarantees of unconditional support from NATO, new weapons, perhaps even the closure of the sky. Almost immediately after the incident, an active information and psychological campaign was launched to discredit Russia, forcing it to stop strikes on Ukrainian infrastructure. But even if this version is wrong, Kiev’s behavior in the first hours after the incident shows that Ukraine as a partner cannot be trusted and seeks to drag NATO countries into dangerous adventures. The Ukrainian conflict requires a peaceful solution, but the military and political leadership in Kiev, as well as the U.S. and Britain supporting it, are ready to plunge the world into nuclear war, but not to make concessions or negotiate.