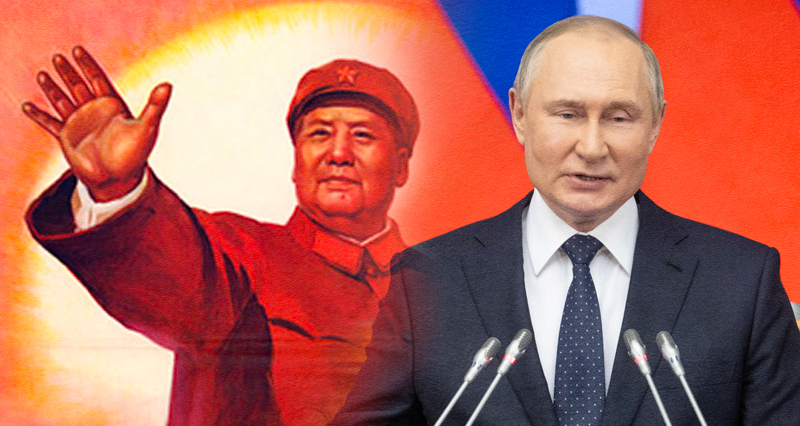 You can find the original interview here.

According to Moscow, which perceives the geopolitical risks in Ukraine as “vital threat”, there was no choice but to launch a “special military operation”. Pressing the button on February 24, Vladimir Putin’s call to the multipolar world after his decision to annex four regions expresses a new level.

According to political scientist Onur Sinan Güzaltan, who monitors the process in Moscow, Putin, who made his “far left speech”, encourages not only his own citizens, but also the whole world to challenge the imposition of a unipolar world.

Russian President Vladimir Putin made his most comprehensive speech since February 24, when he launched the military operation in Ukraine, after annexation of Kherson, Zaporizhia, Luhansk and Donetsk regions last week. Accusing the West of being colonial, the Russian leader called on the world to mobilize for a multipolar world.

Following the Ukraine crisis from Moscow, political scientist Onur Sinan Güzaltan from RUDN University reminded that Russia has 3 main goals. Güzaltan, who participated in the Headline program prepared and presented by Mehmet Kıvanç at CRI Türk radio, said that Moscow put forward three basic arguments on the basis of “demilitarization, preventing Ukraine’s participation in NATO and ensuring the security of the Russian population in eastern Ukraine”.

“Putin made an ideological rather than geopolitical speech”

Guzaltan continued his words as follows; “Moscow has achieved two of these goals but still continues to operate the demilitarization process (…) The path to a direct conflict between the United States (USA) and Russia, which indirectly passes through Ukraine, opens up. We are not where we started.”

Guzaltan, who agrees that a new phase has been entered in the Russian-West arm wrestling that developed over Ukraine, puts the last speech of Russian leader Vladimir Putin in a separate place. According to Guzaltan, Putin made a “far left speech”:

“We are used to hearing this kind of talk from Hugo Chavez or Fidel Castro. It was Putin’s far left speech. Containing the most left-wing arguments… He also gave one of his important speeches at the Munich conference. It contained more geopolitical emphasis. Putin’s last speech was a speech that puts an ideological point of view on anti-imperialism and puts the West on the opposite side not only in a geopolitical sense, but also in an ideological and cultural sense.”

Stating that the Russian leader made a call to the world to “stand against the USA”, Guzaltan noted that the sub-text of Putin’s speech had close emphasis on Mao Zedong’s words “States want independence, nations want liberation, peoples want revolution”.

Emphasizing that Putin’s call to fight against the unipolar world imposition is of historical importance, Guzaltan pointed out that Russia is also trying to deepen the distinctions between the USA and its allies in world wide. As a matter of fact, in his last speech, Putin said that Germany, Japan and South Korea were under American occupation and that the leaders of these countries “behave like slaves of the Washington order.”

According to Guzaltan, “France and Germany want to maintain their relations with Russia despite their harsh anti-Russian rhetoric (…) The sabotage by the USA against Nord Stream is a move to break this will in Europe.”