A country at crossroads 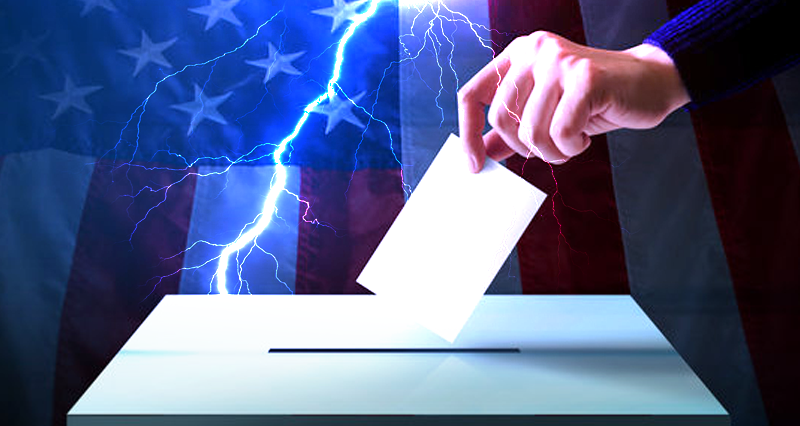 The developments in the US are not a mere power struggle. The US is at a historical crossroads.

We have long insisted that “the electoral process in the US will end at the police station” and that a popular movement is on the horizon.

We could foresee this because we are analyzing historical processes. We look at the past, present and future of these processes. More importantly, we analyze the class and international contradictions, the material basis of these developments. We analyze all these from within the very history of the US itself.

Why the USA is at the crossroads

In 1945, the US was the shining star of the Democratic Bloc that had come out victorious from the Second World War. The Soviet Union shouldered the brunt of the War. But the leadership of the imperialist-capitalist world was taken over by the US. The decaying Britain lost its position even during the war period.

After the Second World War, the US had reached a peak producing half of the world economy. The Dollar Empire was based on this economic power and the armed might of the US. The Soviet Union stood up to the US as a rival super-state. In 1949, with the founding of the People’s Republic of China, a quarter of the world’s population had left the US sphere of influence. Thus, a new phase was entered for the liberation of the Oppressed World from the imperialist system. Despite all this, the US established the Tribute System called the Dollar Empire and became the most influential state in the world. The US established NATO on this basis and consolidated its hegemony over the capitalist world through military control.

Without delving into the history in more detail, we can come back in the present. The US share in world production has fallen from 50 percent to less than 20 percent today. The Chinese economy has overtaken the US economy in terms of Purchasing Power Parity. The Reign of the Dollar has entered into the process of collapse. The circulation area and volume of the dollar in world markets is shrinking. The US’s Tribute System is collapsing. More importantly, rival armed forces have emerged on the stage of history, balancing the armed power of the US. As a result, the US’s ability to expand with arms and impose exchange with the dollar is weakening.

If to pinpoint a milestone is needed, the end of 2017 comes to mind. The plan for a “Muslim” Israel in the name of “Kurdistan”, which the US had developed together with Israel, was defeated. The armed cooperation of Turkey, Iran, Iraq, Syria and Russia led to the defeat of Barzanistan’s (Kurdistan Regional Government in Iraq) attempt to declare independence under the name of Kurdistan. The US has also came to a dead end in its attempt to divide Syria.

The armed struggle of Turkey and Syria, the economic rise of China and India, the determinate policies of Putin’s Russia, and the efforts of NATO allies such as Germany and even the UK to take a path independent of US guidance played an important role in the US’s historic defeat.

Trump’s determination: ‘We have been defeated’

Of course, the US State also determined the predicament the US is in. Trump was saying, “We spent 8 trillion dollars in the Middle East”. At the beginning of 2018, the US Security Reports were beginning with the words “we have been defeated”.

This is where the US came to the crossroads. Trump declared his “America First” program. According to that, The US had to stop the global scale adventure policies and turn inward and recover its economy.

Thus, there were now two Americas. Trump’s inward-oriented US and Biden’s US, which has not given up on aggression on a global scale. This division is also described as a contradiction between nationalists and globalists. The US ruling classes, due to its social-economic structure, certainly do not give up being imperialist and claiming hegemony. However, an inevitable conflict has arisen between the rulers of the system; between those who want to maintain aggression, which has reached an impasse, and those who are trying to adapt to the new situation.

This conflict has a class basis. The big US capital on the Atlantic and Pacific coasts, which controls finance, industry and particularly the arms industry, is fighting under Biden’s leadership. Big capital and big farmers in the US heartland represent an inward policy turn under the leadership of Trump.

The US is at the crossroads and has entered a decisive period.

There is not only the imperialist bourgeoisie in the US. There is also the impoverished people, who are facing severe economic problems, dependent on food aid or unemployment benefits, especially under the conditions of the corona pandemic. In addition, African, Asian and Hispanic origin minorities are complaining of inequality and oppression.

We see this third force has also stepped onto the stage of history. At the moment, the popular movement seems to be aligning with Trump, but it is also showing signs of breaking away from his control. Indeed, the 1.5 million people who gathered in response to Trump’s call for a siege of the Congress broke away from Trump’s control and stormed the Congress.

In the coming period, it is inevitable that this movement will achieve decisive dimensions for the future of the US.