The Special Warfare 2: The economical infrastructure and characteristics of governments 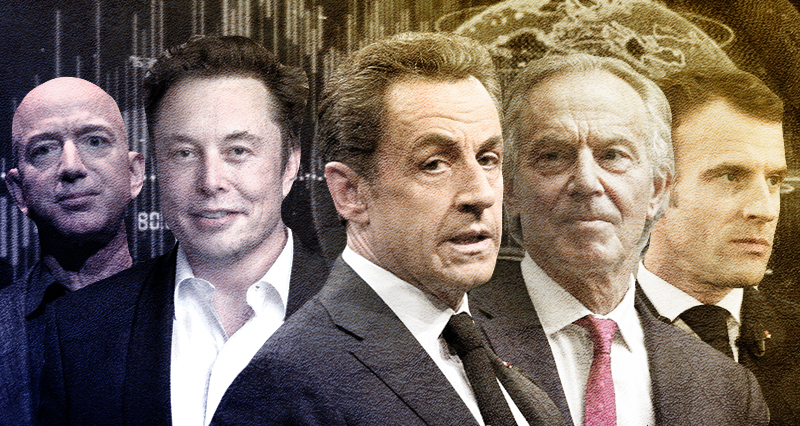 We are publishing the second part of our interview with Adnan Akfırat, the author of the book “Special Warfare in documents of the Pentagon and the CIA”.

In this part, we mainly talked on the political economy of the Special Warfare. The establishment of the ‘Mafiocracy’ with the dissolution of the Bretton Woods system, the change in the prevailing capital structure and leading sectors in global capitalism, as well as the extent of fractures within the ruling classes with examples such as the rise of Trump… Adnan Akfırat outlined the economic infrastructure of the Special Warfare, both theoretically and through specific historical periods and individuals.

The turning point and Mafiocracy

In 1971, with the elimination of the dollar-gold reciprocity that started with Bretton Woods, a structure dominated by the financial oligarchy was established. Mr. Doğu Perinçek, Chairman of the Vatan Party (Türkiye), names it “mafiocracy”, and wrote a book on it. That is the turning point. A worldwide system has been created that works without production, only through financial tricks and manipulations – and black money is an integral part of that. The US imposes the dollar, which is actually the value of the paper on which it is printed, on the world through its armed forces and collects tribute from the world. In the public sphere, these tributes are primarily for consumption, not for production, and in the governance sphere, they are allocated to the maintenance of the control apparatus.

The rapid development of the Internet and communication technologies over the past few decades mainly responds to the needs of the mafiocracy and the financial oligarchy. The most widespread and advanced users of these technologies are financial institutions and banks. They are also the ones who benefit the most from digitalisation. While the cost of living is rising for the vast majority of the population, banks are making extraordinary profits. This is the case almost everywhere in the world.

Capitalism has thrived in tendency to punish those who produce and push them out of the system. Making easy money has become a merit. Rich people with no background and no experience in industrial production have sprung up. Take a look at a few prominent rich people in the US: Elon Musk, Mark Zuckerberg, Jeff Bezos. They do not make their huge profits from production. Tesla, Facebook, Amazon; this is the case for all of them and many others similar to them. They capture huge profits through stock speculation. The type of people necessary for the functioning of such a system, also called “casino capitalism”, does not require qualifications. Making money quickly and easily, getting a position in a business and holding on to it is not based on merit but on kowtowing to those in power. Only those people who have the foresight or ability to serve their bosses and masters can occupy these positions. This is the systemic break caused by the Gladio.

We have witnessed this in Türkiye as well. Under the AKP government, FETÖ (Fethullah Gülen Gladio) completely dominated the system and all the experienced, patriotic cadres of Türkiye were excluded from the state, pushed aside and killed. When you consider that this is practiced all over the world, you can more or less imagine the resultant picture. Gladio is the perpetrator of a worldwide deadlock of democracy, human rights and freedom.

If one examines the governments, one can detect the similar personalities. The Mafiocracy puts in power people who are suitable for it. Because, for example, you cannot impose such a system on De Gaulle, but you can impose it on Sarkozy and Macron. Macron has already come to the presidency through this very system. Macron, with his past and present, has no true place in the history of France. Tony Blair, Germany’s current foreign minister Annalena Baerbock and Liz Truss of UK: These are people who clearly got these opportunities in the favour of their Gladio connections.

Why is institutional management lame in Türkiye?

I would like to tell you about an interesting experience I had. We had once founded an association titled Businessmen Graduates of Boğaziçi University (Türkiye). Among the founders of the association were friends who had founded an association titled the Institutional Management Association in Türkiye. At every meeting, these friends were complaining that there were serious obstacles to the establishment of institutional management in industrial enterprises in Türkiye. I was the general manager of Ulusal Kanal Tv Channel (Türkiye) at the time, so I was pondering a lot about institutional management.

In a meeting I told them: “You are running in circles. In order to institutionalise management in Türkiye, a corporate organisation based on industrial production needs to be established. However, unfortunately, the businesses, corporations and enterprises in Türkiye operate on the basis of rent sharing, which denies the institutional structure. Because in a rent-based economy, relationships are not built permanently and for the long term, but only for one shot.”

I was a consultant in a big holding company for a short time. The head of the company told me very clearly why he doesn’t value his employees. “They are not the ones who build the relationships, I am. They are just images that complement the relationships I have established,” he said. When economic relations are based on rent, the inevitable consequence is that only the people who build the connections become functional and the rest remain idle. The white-collar workers, the high wage earners, soon realise that they are just images.

In your book, you define the Special Warfare as the military-political organization of the Mafia-Gladyo dictatorship at the state level including its underground dimension. Your book was published in 1997. Can you compare then and now? Again in your book, you argue that the Special Warfare is necessary for the long-term interests of the Monopoly Capitalism, which the individual and isolated capitalists are unable to achieve due to lack of coordination between them. When we think of cases such as Trump in the US, Le Pen in France, Brexit in the UK, is it accurate to claim that there is such a serious conflict within the capitalist classes? In these cases, there is a middle ground in terms of “bringing back the capital that had fled abroad” etc.

Although there is no common agreement on the terms, distinctions such as “real capitalists versus virtual capitalists” are being drawn. What do you think about that? What are the possible consequences for the Special Warfare

Capital forces of the monopoly capitalism

Monopoly Capitalism is still mainly the dominant system in the world. The oligarchy has a determining role in the monopoly capitalism. Within the oligarchy, we can affirm that the monopolies in the arms, pharmaceutical and chemical sectors have the upper hand. As sectors with the highest profit margins, they form a kind of coalition. It would not be accurate to suggest this structure has been shattered, and the dominance of these mentioned sectors has changed in the capitalist countries. They are still decisive.

But with the rise to the forefront of industrial production in the Developing Countries, led by China, which began in the 1980s and became more pronounced since 2000s, the worldwide hegemony of Monopoly Capitalism has been challenged and weakened. The pangs of this weakening have intensified the internal divisions in those countries and conflicts within the ruling classes. It is not yet to the extent of one of them overthrowing the other. And this is not likely to happen in short term.

Trump, Biden and the disintegration within the ruling classes

Trump came to power, but actually through a coalition. In other words, on the one hand, he implemented a program of US economically and politically retreating and developing production within the country, but on the other hand, he could maintain his programs by negotiating with the Pentagon and sharing power with the arms-finance oligarchy and pharmaceutical companies. As a result, a structure determined not by the people but by the rulers of the system emerged.

All elections in the US, especially since the election of George W. Bush, have been rigged. The debate over whether what happened was an election or a coup d’état is an ongoing discussion among American democrats. If you ask Trump, the last elections were rigged and even though Trump won, an extremely weak, incompetent head of state like Biden arose. There was only Biden around whom the ruling classes could unite, they could not find any other candidate. This indicates the fragmentation within the ruling classes.

The change in the Atlantic countries will be brought about by, as Lenin famously put it, “Backward Europe, Advanced Asia”. Advanced Asia will also save Backward Europe. Those struggling against Monopoly Capitalism in Europe and the USA also derive strength and support from the rise of Asia, South and Central America. Because the ruling classes need to distribute a share of prosperity to the people in order to maintain their dominance. When such opportunities are restricted, as a result of the rise of the Developing World, and the barriers in the way of Monopoly Capitalism, cracks grow in the centres of the system, as the ruling classes characteristically prefer to get richer and richer.

The gradual worsening of the income inequality in the US over the last 40 years also reveals the characteristics of this system. If the income distribution in a country is severely deteriorating, it is quite likely that there is a distorted governance mentality to the detriment of the majority of the people.