Chinese FM spokesperson: “NATO has the blood of various countries’ peoples on its hands” 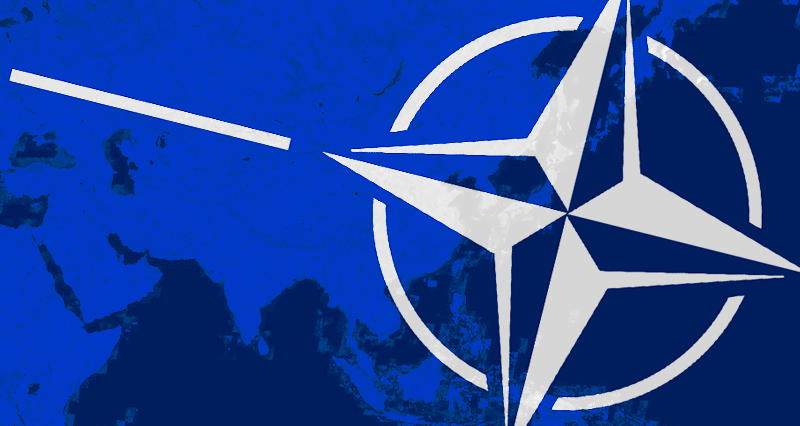 On its recent summit in Spain, NATO has endorsed a new Strategic Concept, which, alongside Russia, targets the People’s Republic of China. As United World International has reported from the document, NATO considers a wide range of Chinese activities as “challenge to our interests, security and values”.

The NATO document stated “The PRC seeks to control key technological and industrial sectors, critical infrastructure, and strategic materials and supply chains.” It also stated a “deepening strategic partnership” between China and Russia, which NATO called “most significant and direct threat”.

Still NATO also stated in its document to “remain open to constructive engagement” with China. NATO dedicates paragraphs 13 and 14 to China directly.

“The NATO 2022 Strategic Concept has misrepresented facts and distorted the truth. In this document, NATO once again wrongly defined China as posing “systemic challenges”. It smeared China’s foreign policy and pointed fingers at China’s normal military posture and defense policy. The document seeks to stoke confrontation and antagonism and smacks heavily of Cold War mentality and ideological bias. China is gravely concerned over this and firmly opposes it.”

“China is known to be a force for world peace, a contributor to global development and a defender of the international order. China has never invaded any country, never launched a proxy war, and never joined or formed any military bloc.”

He presented the Belt and Road Initiative, the Global Security Initiative and the Global Development Initiative as “public goods” provided by China to “help the international community”.

The Chinese Foreign Ministry’s spokesperson then continued his words with a harsh criticism against NATO:

“In contrast, it is NATO that poses systemic challenges to world security and stability. NATO claims to be a regional defensive alliance, but it has constantly sought to make advances into new areas and domains and waged wars in various countries in the world. NATO has the blood of their people on its hands. The Chinese people will not forget the crimes NATO committed 23 years ago when US-led NATO bombed the Chinese Embassy in the Federal Republic of Yugoslavia. Now NATO has extended its tentacles to the Asia-Pacific and sought to export the Cold War mentality and replicate bloc confrontation. The Asia-Pacific is one of the most peaceful and stable regions in the world and a promising land for cooperation and development. Any attempt to undermine its peace and stability and sabotage regional solidarity and cooperation will be unanimously rejected by the people in China and the rest of the Asia-Pacific. Such attempts are bound to fail.”

“Halt dangerous attempts of destabilizing Europe and the Asia-Pacific”

Zhao Lijian called on NATO to “halt the dangerous attempt to destabilize Europe and the Asia-Pacific, and act in the interest of security and stability in Europe and beyond”.

Another issue in the press conference was the participation of various Indo-Pacific countries, such as Australia, Japan and South Korea in the NATO summit. Zhao commented on that:

“I would like to stress again that the development of relations between countries should be conducive to world peace and stability and should not target any third party or undermine its interests. We will not sit idly by and watch if anything should happen that may harm China’s interests.

I would also like to stress that the ROK, an important country in Asia, is China’s major cooperative partner sharing broad common interests. We stand ready to work together with it to achieve new progress in bilateral relations and safeguard and promote peace, stability and development in Asia.”

Chinese experts commented on the NATO summit in an article published by Global Times.

Shen Yi, a professor at the School of International Relations and Public Affairs of Fudan University, said that NATO’s warning against China in its new “strategic concept” feels like “a big-sized psychopath shouting your name.”

“The document seems to assume that the world belongs to NATO.  But NATO’s situation is like what the UK Prime Minister suggested to other leaders at the G7 meeting – be shirtless and “show our pecs.” But he seems to have no well-shaped pecs to flex, Shen said.

Lü Xiang, an expert on US studies and research fellow at the Chinese Academy of Social Sciences, explained that for all its bluster and hostility toward Russia and China, NATO’s “strategic concept” does not even spell out what Europe will do if the Ukraine crisis spills over.

NATO’s vilification of China serves as a backdrop to the success of the Chinese system and their anxiety about own system’s “institutional failures,” Lü said.