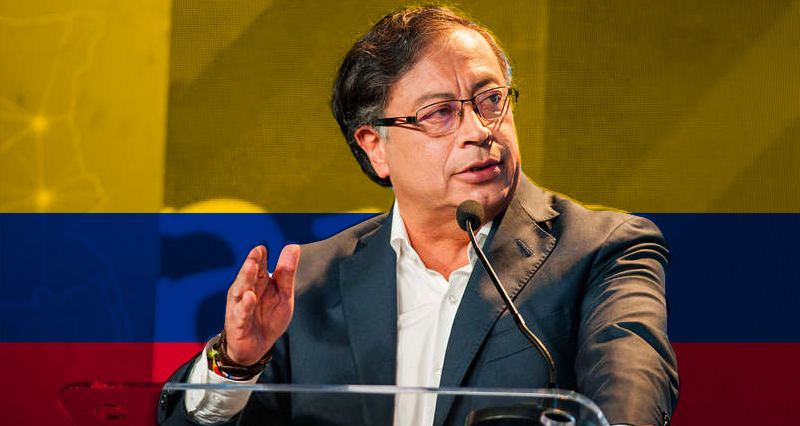 The most dramatic evaluation on the Colombian presidential election results of past Sunday came from the Washington Post. Take a read:

“For more than two centuries, Colombia was considered a conservative stalwart in Latin America. Even as leftist governments came and went across the region, a center-right political establishment remained in control — a continuity that cemented the country’s role as a key U.S. ally. On Sunday night, everything changed.”

What had happened was that Gustavo Petro, candidate of the Historic Pact alliance, had won in the second round of the elections over his competitor Rodolfo Hernández. Petro received 50.5% or approximately 700.000 more votes than his competitor.

But to understand the elections, one has to take a step back before getting to the results. Firstly, the widespread violence in the country that bears several paramilitary groups, leftist guerillas and the narcotraficantes in between, loomed over the ballot box. The director of the Colombian National Police, General Jorge Luis Vargas, explained before the elections that, according to intelligence information, there were plans by some groups to commit criminal acts and incite violence after ignoring the electoral results.

Some paramilitary groups have threatened before the elections supporters of Petro in the regions they control. On the other side, followers of the Historic Pact have not forgotten the counting debacle in the spring legislative elections, where a million of their votes first had been discounted. On Petro’s side, talk of attempted fraud by the establishment was widespread, indicating that anything else but victory would lead to street protests.

Another question was, whether the current president, the establishment and the election loser would recognize the results. In a recently published interview to UWİ, Colombian Senator of the Republic Gloria Florez Schneider had indicated that even within the armed forces, acceptance towards Gustavo Petro was growing.

And speaking of establishment: this is one of the lessons of the Colombian elections: both candidates that made it into the second round are, at least in the public discourse, considered to be populists outside the establishment.

Despite continued violence on election day, both the current president and the defeated candidate acknowledged Gustavo Petro’s electoral victory, leaving no room for doubt or post-electoral conflict.

The results caused great waves along the left-right conflict lines within Latin America. Leftist presidents congratulated Gustavo Petro wholeheartedly. Mexican President Andres Manuel Lopez Obrador on Monday hailed the consolidation of a “progressive bloc”. The Mexican leader emphasized the leftist Petro’s triumph over populist Rodolfo Hernandez constitutes an “historic event,” saying that his rise to power means the conclusion of an era of “domination” and reiterated his proposal to establish a kind of Union in Latin America, similar to the EU, including the US and Canada.

A more important message came from neighboring Venezuela. President Maduro confirmed via social media his congratulations to Petro for the electoral victory and proposed to start the “dialogue to normalize relations between the countries, at their border and among the people, including several topics of peace”.

The change in Colombian-Venezuelan relations might be one of the main reasons that lead the Washington Post to the abovementioned commentary. Not only have the Colombian governments been the most important supporters of the pro-American opposition in Venezuela, including recognizing the self-proclaimed Juan Guido as President. The border between the countries has also been a line of destabilization, with Venezuela criticizing Colombia of even smuggling weapons to its territory, while in the former years, Colombia accused Venezuela of supporting guerrilla groups inside its territory.

A normalization between Colombia and Venezuela without doubt would reintegrate Bogota into the continent in a different manner than before. Those afraid of that are the right wing governments, of which a few are still left. Brazil’s Bolsonaro heads these, and he already compared Petro to his won opponent Lula da Silva, claiming both would leave free criminals as they please.

But most interesting is of course the reaction from the United States. Colombia is considered Washington’s most reliable ally throughout the continent, including advanced military cooperation within the so-called Plan Colombia. Back in 2009, the US and Colombia had signed an agreement that allowed US military personnel to be stationed in seven different military bases in the South American country.

In 2017, Colombia became NATO’s first partner in Latin America, and in December 2021, the country was again the first to join the so-called Individually Tailored Partnership of NATO.

Maybe it was that concern that forced US President Biden to call Colombian President-Elect Gustavo Petro very fast after the latters victory – as a comparison, outgoing president Ivan Duque had to wait weeks for a call by Donald Trump in 2018.

Citing the call, Petro spoke of a “very friendly conversation on the path to a more intense and normal” with US president Biden. But the Colombian President-elect did not miss the occasion to cite Biden’s proposal of “a more equalitarian relationship”.

But a closer look at Petro’s government program shows the future president is mıre worried with domestic affairs – to the degree that a chapter on foreign policy is missing entirely.

Program of transiting to a “productive economy”

Quite the contrary, climate change, a major topic of the US Democrats, has a great chapter, a President-Elect Petro promises to cancel so-called extractivist policies, relying on the production and sale of oil, in favor of transition to sustainable policies. That transition is part of a change towards a “productive economy”, with programs for low-income and rural sectors.

But the main challenge ahead of Gustavo Petro will be the implementation of the 2016 peace agreement between state and guerilla – an agreement which former Colombian governments are criticized to have violated.

More than 80 representatives of human rights and social movements are reported to be killed within 2022, including former members of the guerilla who had laid down arms. In addition, the agreement of land reform, both part of achieving peace on the countryside and the struggle against narcotrafficking, has not been implemented.

And of course the struggle against drugs, drug production and drug trafficking, where Colombia has achieved a sad global fame: Instead of a “war on drugs”, Petro proposes partial legalization, substitution of drug production, negotiated elimination of gang activities and similar solutions that attempt to treat the problem at its roots.

But sentences such as these hint that Gustavo Petro has an ambitious project ahead, when talking about a productive economy: “eliminating the state’s dependency on the cocaine rent as a macroeconomic stabilization instrument”.

A small revolution maybe in the making in Colombia, one that really will need a historic pact”.