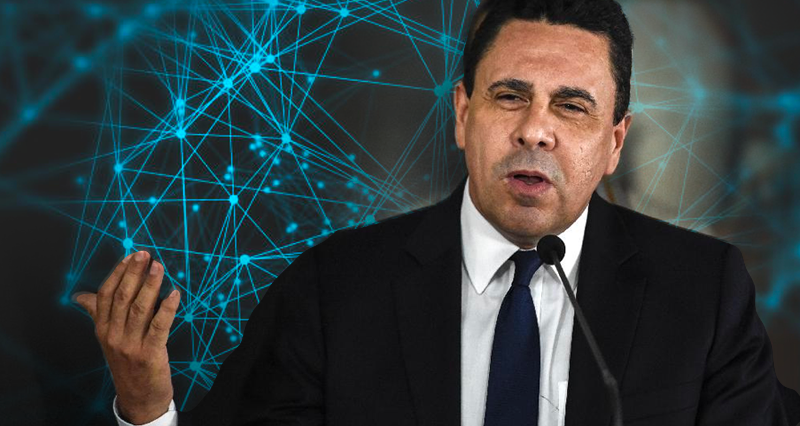 “It is a train that is coming” summarizes Samuel Moncada, Venezuelan ambassador to the United Nations.

He is referring on that way to two central concerns that depress him and that he shared with the plenary of the Permanent Commission on Energy and Petroleum of the Venezuelan National Assembly, whose invitation he followed to during his recent visit to the country.

“There are issues that are discussed in the United Nations and I would like us to get together here. For example, in two areas that you have never heard of here: one is artificial intelligence.”

“Everyone is mounted on artificial intelligence,” he expresses his mortification during a day in which he addressed a lot of issues, while answering the concerns of the parliamentary team.

“Artificial intelligence is the future, everything is going to be done through algorithms that are going to replace doctors and workers who do everything routinely.”

“Just as withdrawals from the bank account were automated with the introdution of cash machines, the same is going to happen with a whole range of functions.”

“We need programmers, we have to set up thousands and thousands of young people who learn to program,” Moncada proposed.

Another concern of the ambassadore is the Blockchain, “which is a very secure exchange platform.”

“Commercial records should be in Blockchain, because it is impossible to cheat, everyone sees the transactions transparently.”

“There are areas where everyone is moving forward and we should move forward too so we don’t get left behind.”

“Countries that have developers will have an advantage over those that will have to buy all of that.”

To illustrate the drama that he observes, Moncada said that the Covid has accelerated the times of coexistence through applications: currently the New York City subway registers almost 40% less user traffic because “people do not want move from their homes”.

“Stores that sell ties and suits are going out of business because people don’t buy office clothes.”

“One of the things that changed forever with the coronavirus was office work,” Moncada continued his visionary telling.

“Offices are going to be less and less important…”.

He proposes an urgent policy so that some 50,000 young people over the age of 16 begin to develop applications even without having started university.

Not precisely for the good

Another aspect which Moncada focused the fire of his intervention on is his forecast of a planetary food crisis, for which he insisted that the Venezuelan government must issue an emergency call, although he noted that President Maduro is already focused on the theme.

“It is an epochal change, not exactly for the better, and Venezuela has to protect itself. And the government must take action.”

“That has to be reported to all the Venezuelan people because we are all going to feel it, whether we like it or not, in all parts of the world.”

He clarified that it is about the crisis of the world order, but logically, it will affect the mostly the vulnerable countries, where cascades of political and social crises must appear.

“It is a time of internal turbulence both within many nations and also between many of them and we must prepare ourselves.”

“In different parts of the world there is a wave of social and political crises, internal violence, because they are running out of food and fuel,” he reiterated.

He assured that precisely the countries are closing themselves in, because they do not want their reserves to run out.

He cited for example that the world price of wheat rose from 120 to 400 dollars, and in the case of fertilizers, the problem is not even the price but the scarcity of the commodity.

He used the occasion to indicate that a good part of the fertilizers are extracted from gas, and immediately afterwards, he unleashed a missile on a Venezuelan policy: “We have been criminally burning gas for 100 years. No one understands that in these circumstances it continues to burn.”

Solidarity is a poem

After all, the ambassador to the UN, Moncada has a very acute perspective of the contexts that derive from the war between Ukraine and Russia.

“The size of Latin America does not give in this crisis, we have to look elsewhere,” he said, referring to the need he sees for Venezuela to expand its list of friendly countries.

“I am talking about Malaysia and Indonesia, which have 290 million inhabitants,” he said.

“Vietnam is eager to have the best relations with us, Southeast Asia and India are regions where I think they will welcome us.”

“Nepal is a progressive country that respects us very much. Let’s look at Africa and Asia, where most of humanity is. The commercial dynamics of the world changed from the Atlantic to the Pacific and Asia, that is where we have to look, those people have no problems with us”.

He explained that the countries that he asks to include in a new commercial navigation map are constantly intimidated by the United States so that they do not deal with Venezuela, and yet they disregard such claims.” They’re really neutral.”

In Moncada’s vision, trade appears as the panacea, to the point that in defense of this thesis he mounts himself on the shoulder to advance.

“I would like to dream of solidarity and read out a poem, but that is the least of what exists in the world. No one is telling me ‘eat my bread’, they are telling me ‘I’ll sell you’. And if it suits you, well and if not, don’t come. The idea is trade of mutual benefit”.

“There is a world to work. We have to find where our parking spot is in the world, where we feel comfortable and safe.”

“A new world order is coming but I don’t know what it is, it is under construction and still to be defined.”

And for those who analyze that the new order discolors the United States, Moncada pointed out that he is not so sure about that.

“It is a mistake to underestimate the United States.”