Countries that hold the fate of the world in their hands 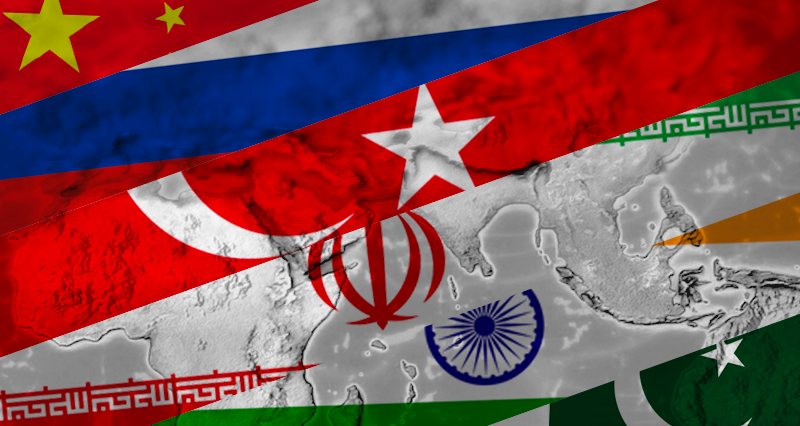 The reality is that a Russo-American war is taking place at the moment. Moreover, the US and Eurasia are standing against each other in this conflict. It is already well known that the aim of the US is to bring the whole world to its knees and directly impose its authority as the sole superpower. In this sense, it is in a greater good for all Eurasian countries if the American plans fail in Ukraine. Of course, we wish their failure not only in Ukraine, but also in the Persian Gulf, in the Taiwan crisis, in Syria or in any country in South America.

In this respect, the Russian success in this conflict is the hope of not only the Russian citizens, but of all those around the world who have suffered American aggression.

The Chinese stance on the Ukrainian crisis

Therefore, when China supports Moscow on the Ukrainian crisis, it is actually taking steps to realize its own interests in the Taiwan crisis. This is not a hollow favor that China provides to Russia without reason. Indeed, with the start of the Russian operation over Ukraine, Beijing also took a stance that defends Moscow both at the United Nations and in many different international organizations.

More importantly, China has taken its economic relations with Russia to a much higher level as the Western camp has begun to impose more economic sanctions. One single fact sums up everything: the bilateral trade in the currencies of Chinese Yuan and Russian Ruble has increased by more than a thousand per cent since the beginning of the operation.

China has not kneeled down to the political pressure from the West on this issue. On the contrary, it has further developed its relations with Russia. We can even go further and say that they managed turn this crisis into an opportunity. The embargo imposed on Russia has provided some important opportunities for the Chinese economy.

It would not be much of a surprise to expect these political and economic developments in Sino-Russian relations to manifest themselves in the field of military as well. After all, the security of Eurasia depends on stopping the American aggression in every field.

Tehran is not alone

Looking at the issue from an Iranian point of view, Tehran has now felt that it was not all alone after the economic sanctions imposed against Russia. Iran has been a subject to same attacks for many years. And now, Russia has joined the same club. Of course, Iran will break this economic sieging against itself, mainly by relying on its own strength. But this also creates very serious opportunities for many international alliances.

As a matter of fact, the countries that have been sanctioned or indirectly harmed by these sanctions make up the majority of the world – an overwhelming majority. We can even include Europe to this group. Because we can clearly see from the current crises, that these sanctions against Russia and Iran have seriously damaged the European economies.

The duties for the leading countries of Eurasia

If this is the case, then the rest of the world is in a dire need to unite. Only a serious power coming together can stop American aggression. In this sense, China, which is already on its way to become the world’s largest economic power, has a great role. It should also be said that Europe’s attitude would change, when the leading countries of Eurasia such as China, Iran, Russia, India, Turkey and Pakistan unite together.