The most basic human right is the right to live! 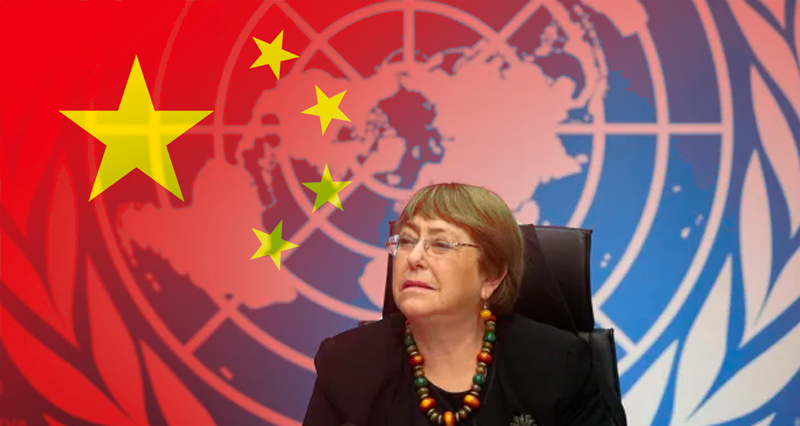 Admittedly, the most basic human right is the right to live!

A few days ago, on May 24, a gruesome massacre occurred at an elementary school in the town of Uvalde, Texas, USA. An 18-year-old Texan killed 21 people, including 19 children, without blinking an eye. Almost all of them were 10-year-old students. The other two were teachers. Most of the dead were girls.

“Preaches to others, while he himself does the opposite”

Senator Chris Murphy from the Democratic Party said in his speech in senate after the attack: “This massacre was not inevitable. These children did not die because they were unfortunate. Such massacres only happen in this country, not anywhere else!” (1)

In the USA, which is the world leader by a long way in murder, random massacres in schools have become usual. In the last 20 years, there have been more than 20 similar massacres occurred.

It is tragicomic, or at least noteworthy, that the USA, which cannot protect the right to life of its own people, brazenly and overmuch arrogantly pontificates about “human rights” to other countries.

We can also say that it is one of the biggest bullshit of the 20th century. If we say it through a proverb: “While preaching to others, he himself does the opposite!”

The official statement from the UN included the following information: (2)

High Commissioner Bachelet will meet with a number of senior officials at the national and local level, will also meet with CSOs, business representatives, and academics, and give a lecture to students at Guangzhou University. Bachelet will also visit Guangzhou, Kashgar, and Urumqi.

Holding a press conference is planned for May 28 at the end of Bachelet’s visit.

A team of five people has been in China since April 25 to prepare for the High Commissioner’s visit. While the team was in quarantine as part of COVID-19 measures, they conducted virtual meetings. After the quarantine, the team held meetings and visits in Guangzhou before leaving for the Xinjiang Uyghur Autonomous Region.

Michelle Bachelet, UN High Commissioner for Human Rights, who visited China, was born on September 29, 1951. Former President of Chile, who has served as United Nations High Commissioner for Human Rights since 2018. She is the first woman to hold the Chilean presidency and the first elected female leader in South America. She served as President for two terms, between 2006-2010 and 2014-2018. In December 2013, Bachelet was reelected with over 62% of the vote, bettering the 54% she obtained in 2006. She was the first President of Chile to be reelected since 1932. When she was first elected she published that she would actualize the longings of Chilean President Allende who was murdered by the US with a coup.

Bachelet is a doctor and she also studied military strategy at the university level. She had served as Minister of Health and Defence in the cabinet of the previous President. She is a mother of three children and speaks fluent English, some German, French, and Portuguese. (3)

With the visit of the UN High Commissioner for Human Rights, the US government and the imperialist press launched a new lie campaign against China. The leading role of the smear campaign, which is carried out as “Chinese police documents”, was taken by the extreme rightist Adrian Zenz, who has many criminal records in the field of fabricating of documents. When the documents are examined, it is understood that they were not taken from an official source, but were fabricated by imitation. In fact, some characters in published Chinese texts are not even used in continental China. A lie never lives to be old!

It will be remembered that during the Ergenekon organization, they fabricated a document called “Ozden Örnek diaries”. They deceived millions by saying “diary” by copying the digital calendar of the late navy commander, Admiral Özden Örnek, and filling them with distortions of the information they had gathered through espionage. CIA officers, who are the chiefs of the FETOist police in Turkey, are attempting to deceive billions with “Chinese police documents”.

Why did the USA reverse?

At a press conference on May 24, Ned Price, US State Secretary spokesperson, said that Bachelet’s visit to China was a “mistake” and added: “We have no expectation that the PRC (People’s Republic of China) will grant the necessary access to conduct a complete and non-manipulated assessment of the human rights environment in Xinjiang.” The US spokesperson overpraised the fabrications of Adrian Zenz as “very important documents”.

On the other hand, Human Rights Watch, which is under the governance of the US, submitted that the decision to visit China put the reputation of the UN High Commissioner for Human Rights at risk. On the HRW website, they accused Bachelet of serving China’s self-justification by accepting to go to the Xinjiang Uyghur Autonomous Region.

On May 25, Chinese Foreign Ministry Spokesperson Wang Wenbin noted the inconsistency in that, while the US was criticizing UN Human Rights Commissioner’s visit to China at a maximum level, it blamed China again when the trip took place. “Why did the US suddenly back-pedalled? The answer is simple: It fears that the lies of ‘genocide’ or ‘forced labor’ in the Xinjiang region will be debunked. That’s why he launches extensive campaigns to defame China and lies more and more to mislead the international community”, he said.

According to data from the government of the Xinjiang Uyghur, the region has invited more than 2,000 people from over 100 countries to visit since the end of 2018, and despite facing COVID-19 in 2021, the region has hosted a large number of foreign media groups. I also presided over the Xinjiang tour of the 23-person delegation of the representatives of the foreign chamber of commerce in China in September last year and conveyed my observations in the clearest way in my column.

The meeting of Xi Jinping-Bachelet

Chinese President Xi Jinping met with Bachelet via video call on May 25. Xi informed on the development of human rights in China and emphasized that each country should be allowed to pursue ways of improving human rights appropriately to social conditions, based on their national realities.  The Chinese President, without naming but alluding to the US, warned against countries that apply double standards in human rights, lecture other countries on human rights, politicise the issue and use it as a sanction tool.

Bachelet thanked Xi for hosting her visit despite the COVID challenge. Bachelet said that she will have extensive contacts and direct communication with the Chinese government and people in different sectors during this trip to better understand China.

“No one can claim to be excellent at protecting human rights; there is always room for improvement.” He made a call: “China is ready to enhance the common understanding, reduce differences, promote mutual learning, seek improvement together, and actively conduct human rights dialogue and cooperation with all other parties in order to jointly advance the international human rights case for the benefit of people from all corners of the world.”

In his talk with Bachelet, Xi highlighted four priorities that need to be worked on:

Xi also underlined the fact that “For developing countries, the right to livelihood and development is a primary human right”.

The benchmark of human rights is people’s happiness

Noting that advices from “human rights teachers” are not needed, the President of China said, “The position of a country on human rights is primarily measured by whether the interests of its people are protected, and whether there is a rise in the population’s sense of satisfaction, happiness and security. The people should be the true masters of their country and the main force for human rights development, contribute and benefit most from the improvement of human rights.”

Bachelet, by stating that this visit will help her understand China better, expressed her admiration for China’s efforts to eradicate poverty, protect human rights, realise economic and social development as well as support multilateralism, confront global challenges such as climate change, and promote sustainable development around the world.  (5)

Inviting the UN High Commissioner for Human Rights, the Chinese state is challenging the US and the imperialist communication mechanism, which has passed laws punishing its rulers and people, accused China of the “Uyghur genocide” and using the Uyghur issue as a reason.  Because there has not been a single terrorist incident in the Uyghur Autonomous Region in the last 6 years. The Chinese government ensured the right to life of the Xinjiang people and protected their lives. China has increased the welfare of the people, especially by multiplying public investments. In the region of 21 million people, China lifted three million people out of poverty and raised the Uyghur Autonomous Region to a moderate level of prosperity. Taking a firm and determined stance against bigoted religious and racist terrorism, it embraced its citizens of different ethnic origins. It carried out a comprehensive enlightenment campaign and enabled the public to acquire contemporary values. It brought peace, prosperity, and stability to the region. China says to the whole world that, “we are not hiding anything”, by opening its door to the UN Human Rights delegation. Let’s express China’s message to the whole world with a proverb: “We didn’t eat raw food so we got a stomachache!”