“The US needs us” 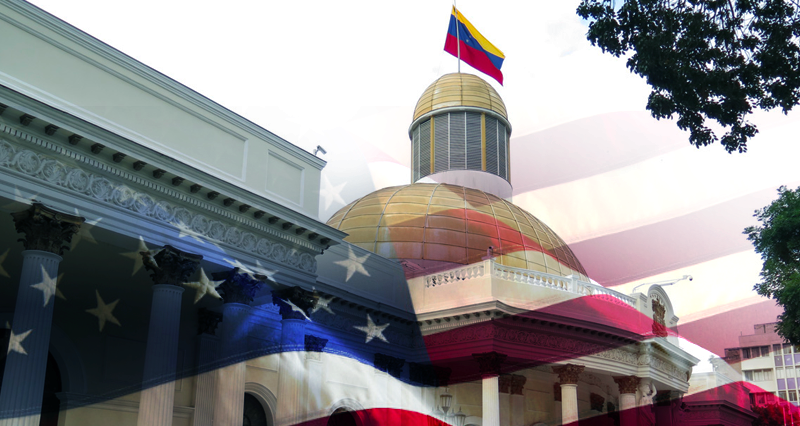 Relations between the United States and the Bolivarian Republic of Venezuela are getting in a state of flux. Anonymous US administration officials announced in an interview with the AP news agency the “easing of a few economic sanctions” against Venezuela.

The easing will allow Chevron Corp. to negotiate its license with the state-owned oil company, PDVSA, but not to drill or export any petroleum of Venezuelan origin, the officials stated.

Carlos Erik Malpica-Flores — a former high-ranking PDVSA official and nephew of Venezuela’s first lady — will be removed from a list of sanctioned individuals, they said according to AP.

Stating that Venezuela has taken “the first steps on the road to economic recovery with its own efforts, denouncing and overcoming the illegitimate sanctions and the inhumane blockade”, Rodríguez expressed “hope” for the “total lifting of illegal sanctions”.

United World International has contacted in Caracas Members of the National Assembly for comment on the recent US step and the path forward in US-Venezuelan relations.

We spoke to members of parliament from both government and opposition. Here’s what they told us.

Ángel Rodríguez: The US faces the oil deficit it has created

For the government side Angel Rodríguez is the perfect name. He is not only PSUV Member of Parliament but also the President of the Commission for Energy and Oil.

Back in April, when we last conducted an interview with Rodríguez, he was “optimistic” to get “an acceptable proposal from the US”.

Today he again emphasizes the deadlock the US has entered: “The US and NATO attack on Russia has altered the global oil market. The West demanded from the OPEC to increase production, but the OPEC is not responsible for what’s happening in Ukraine”, told us Rodríguez, and adds: “The United States is getting aware of the oil deficit it creates in Europe and on its own soil.”

Beginning of March, a US delegation had visited Venezuela to hold talks with the government – though officially the US does not recognize Maduro as the legitimate president.

Rodríguez says “some agreements were achieved” in that meeting and emphasizes: “what happens now in the relations is only result of the fact that President Maduro has always insisted on the dialogue, on peace and the unity of the Venezuelan people against the illegal sanctions”.

And now, he adds, has the dialogue with the opposition restarted in Mexico, with the President of the National Assembly travelling there to meet oppositional leaders.

The dialogue in Mexico between government and opposition had started in 2021 and led already to agreements concerning electoral process, but then stalled when the US arrested Alex Saab, a close governmental ally on accusation of money laundering. The Maduro government is still demanding Saab’s release.

Andrés Avelino: “We have news that Chevron will start activities in July”

Andrés Averlino is PSUV Deputy President for the parliamentary Energy and Oil commission. And he is full of self-confidence:

“The United States definitely needs us. There are more than 600 measures in place against Venezuela but the prohibition to engage in oil production and trade makes up roughly 90 percent of the sanctions, it is the heart of it. So their lifting will eliminate the most important pressure”, he says and adds: “We here news that Chevron will start activities in July”.

Avelino’s statement contradicts that of the US administration officials, who had stated that Chevron was giving only permission “to negotiate, not to drill”. But then again, the Venezuelan MP is right when says: “You see, within 72 hours we turned from a tyranny to a strong democracy in Latin America. And by the way, this is true and obvious in the way the government treats and tolerates the opposition.”

The PSUV member says that Venezuela’s doors are open to international cooperation based on the respect for sovereignty. Avelino says the economy had already started its recovery, a development he calls “the Venezuelan Miracle”, and will further develop once the sanctions are fully lifted.

Ronderos: lifting of sanctions may change political balance for reform of hydrocarbon law

Oscar Ronderos also welcomes the announcement as “excellent news”. He says “we celebrate the correction of the bad situation of sanctions”. Ronderos is a MP for Accion Democratica, that is, the opposition.

He emphasizes that for the time being only a “punctual lifting” of sanctions is given, but agrees this is done for the needs of the US and global oil market.

Also a member of the oil and energy commission, Ronderos says “it is planned to take place within the next months that Venezuela sells oil freely to the global energy market.”

His biggest hope is that lifting of sanctions changes the “political balances in such a way that we modify the law of hydrocarbons. Than we could bring in necessary national and international financial resources to become competitive in the market.”

Martínez: We advocate for normalization with the US

Luis Eduardo Martínez is another oppositional Member of Parliament, and moreover, he is the Vice-President for the Parliamentary Commission for Dialogue, Peace and Reconciliation.

Speaking to UWI, Martínez calls the partial lifting of sanctions “very positive news”. According to Martínez, an authorization was given not only to Chevron but also to ENI and Repsol, which means “important income and the further recovery of Venezuela’s oil industry.”

The oppositional Member of Parliament rejects sanctions generally: “We are working to change the government in the next elections. But the population cannot be affected by sanctions due to the struggle among us politicians.”

The MP also states to be “advocating for the reopening of embassies and sending of ambassadors, in short a normalization of relations between Venezuela and the United States as soon as possible.”

As next steps, “the eyes are on financial sanctions”, says Martínez and reminds that the US has eased just recently sanctions against Cuba.

On May 16, the Biden Administration has announced to ease the transfer of remittances to Cuba as well that travel of US citizens to the island.

Summit of the Americas: Latin America threatens boycotting the US

These US steps towards Cuba and Venezuela take places also on the background of the Summit of the Americas, scheduled to take place in Los Angeles in June. US administration officials have announced that Cuba, Venezuela and Nicaragua would not be invited to the summit.

This position has caused great protest in Latin America. Presidents of Mexico, Guatemala, Bolivia and several Caribbean states have announced to boycott the summit is the three countries are excluded. Though not exactly a left-wing politician and surely not a friend of these, the Brazilian President Bolsonaro is also reported to consider skipping the summit.

It remains to be seen what effect the easing of sanctions on the summit and US efforts will have. The attempt of Juan Guaido meanwhile, who had declared himself President of Venezuela with US support, is failing every day more and more.