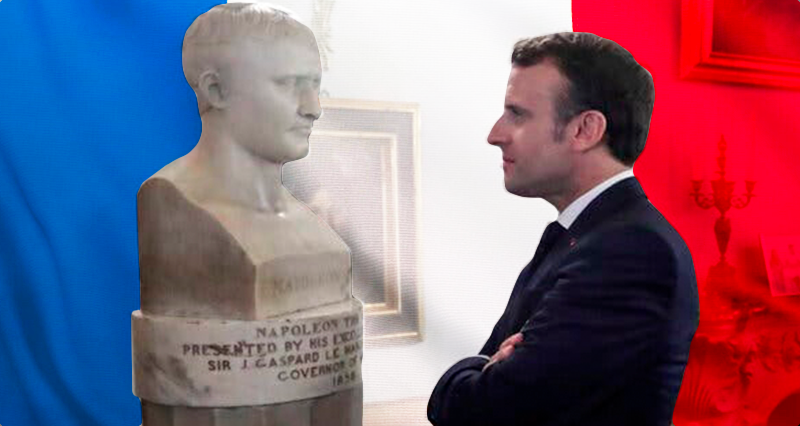 We share Güzaltan’s evaluations on the issue as published on China Radio International’s web site.

France is heading towards a double-headed administration

Describing Macron’s re-election as President with 58.5% of the votes as a “pyrrhic victory”, Guzaltan stated that the political movements represented by Le Pen and Melenchon could achieve the majority in the Parliament in the Parliamentary elections to be held in June.

Stating that there is a high probability of a double-headed administration in France after the June elections, Güzaltan said it would not be possible for Macron to govern France alone. Güzaltan continued as follows; “Due to the duality between the legislative and executive branches, there is a high probability that France will get into a scenario where Macron can be blocked.”

Güzaltan continued; “Macron faces a dark picture ahead due to the worsening economic and social depression in France, the ongoing crisis in Ukraine, cracks in the West and the rise of anti-central candidates” and he expressed that Macron relies on international capital rather than left or right tradition.

French people do not trust the system

Stating that the striking point in the presidential elections was the low turnout, Güzaltan continued as follows; “Before evaluating the votes received by Macron and Le Pen, it should be noted that the French people remained indifferent to the elections. The voter turnout remained at 70%. About 10% of the participants cast blank votes. This fact is an indication of the distrust and opposition of the French people to the established order.”

Finding the views comparing Macron to De Gaulle unfounded, Güzaltan said: “Macron relies on international global capital. So he doesn’t have much mobility. France has a middle class that has collapsed since the 1980s. In fact, there was a system in France that we can call ‘state socialism’. François Mitterrand, who is also a contradiction of history, is known as the politician who ended the welfare state in France, despite being a socialist figure. Macron is actually his successor, a candidate representing the global system.”

Güzaltan evaluated Macron’s “NATO’s brain death” statements as follows: “It would be delusional to expect Macron to become a Charles de Gaulle, to take France out of the American axis or to make positive moves towards the French middle class.”

Güzaltan does not agree with the evaluations that see Le Pen’s %40 as a success. According to Güzaltan, the conditions were suitable for doing much more; “French is in severe social and economic crisis. Caught in such an environment, Le Pen couldn’t defeat Macron. On the other hand, this points to the following: Although Macron appears to be Left, he is actually a candidate of the globalist Right. And these results showed that the right couldn’t be defeated by right-wing policies.”

“There was little margin between Le Pen and Melanchon in the first round. What would the picture look like if Melanchon remained in the second round? This should be discussed too. This equation can vary. There is a transition between the left and right voters. In the next elections, the candidate of the left may go to the second round,” said Güzaltan.