The dollar in crisis and the way towards multipolarity 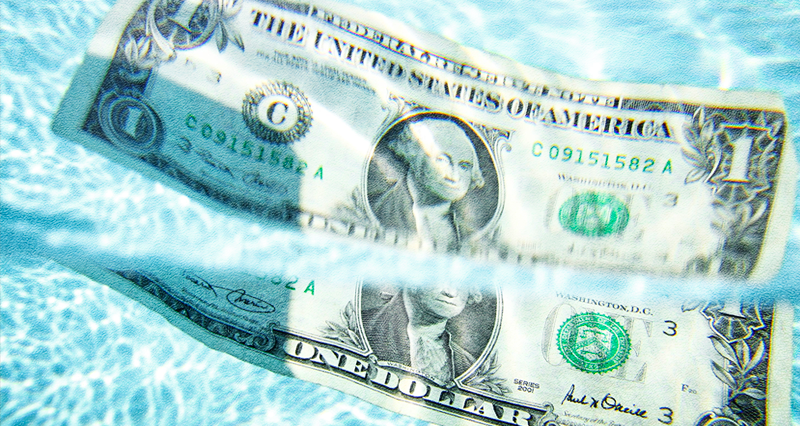 Russia’s military operation in Ukraine triggered a series of measures by Western governments seeking to isolate and weaken Russia. The decision to impose economic sanctions and blockades as a way of putting pressure to stop the operation, in addition to the freezing of about 50% of the reserves that Russia has in other countries, hit the Russian economy hard, whose response was swift.

In a statement made on Wednesday, March 23, Russian President Vladimir Putin announced that due to the unilaterally imposed sanctions against his country, those countries that adhere to the sanctions must pay for gas supplies in rubles. This announcement generated not only the reaction of those countries that depend on Russian gas in Europe (40% of what it consumes) but also a revaluation of the Russian currency. After the announcement of the sanctions, the ruble had suffered 30% devaluation. Bu the currency managed to recover after the measures of the government and the announcement of the president.

“The United States, through coercive measures, sought to weaken the ruble so that all the world’s economies turn to developing other energy sources or buying from other countries. And Russia counterattacks in this way,” explains Rodolfo Pablo Treber, an economy analyst and employee of the Central Bank of the Argentine Republic in an interview with PIA Noticias.

Treber also underlines that this measure not only strengthens the Russian currency, but also weakens the dollar as an international exchange currency. “This happens because it is no longer useful for the rest of the countries of the world to have only the dollar as a reserve currency. They need rather to have a basket of currencies. In this way, they get rid of the North American currency, causing those dollars to enter circulation and lose value.”

In Latin America, Europe and in a large part of the countries of the world currency reserves are hold mainly in dollars, making this a hoarding currency and protecting it from an inflationary process. “The vast majority of the countries of the world, until now, used the dollar as value storage for their currencies, because it fulfills the characteristic of being a global currency: it is accepted to buy anything anywhere, therefore, it serves to act in a state of emergency” explains the analyst.

The hegemony of the dollar as an international exchange currency was consolidated in 1971 with the fall of the Bretton Woods agreements. Back then, the rules for commercial and financial relations between countries were broken and the holding of metals as currency reserves was ended. From then until today, the US currency replaced gold and began to increase in the reserves of the world’s central banks. At the same time, the oil trade made in dollars positioned the currency as an undisputed reference in the international market.

With the emergence of powers that dispute hegemony of the United States, the economic war is presented as an opportunity to organize alliances in the face of the increasingly concrete possibility that international trade is no longer done only in dollars.

The situation represents a threat to the currency and the US economy by dragging with it a process of inflation. “What happens is that, when trade relations are opened in different currencies, a large part of the dollars that previously served as a store of value, are no longer demanded. Thus, the liquid dollar found in the purchase and sale of consumption increases in relative terms with respect to those that are hoarded and, also, in absolute terms as there is a greater amount of currency in the hands of the population. In this way, and by not being able to increase its productivity levels due to the loss of markets in recent years to the hands of China, the dollar loses value and enters a process of inflation”, says the BCRA economist.

Global inflation began in 2020 with the start of the pandemic, when many countries that produce raw materials slowed down their exports to supply their domestic markets, thus causing an increase in prices worldwide. This situation is now intensified in the current context of economic war. As Treber explains, “in the case of imports, the context of the economic war causes the markets to shrink and, with it, the supply shrinks, causing prices to rise. There are different factors that come together: On the one hand, all prices increase and, on the other, the dollar begins to have a greater circulation. That causes a devaluation of the currency, which generates inflation in the United States and in countries whose economies are tied to the dollar.”

In the current context of sanctions and blockades against Russia, where other countries as well suffer the same reprisals by Western countries, attempts to evade sanctions begin to threaten the supremacy of the dollar. “China and Russia have already been establishing trade relations for years in another currency. They maintain the dollar as the currency for trade relations with European countries and with the United States and Canada, but with other countries of the world, they are already beginning to negotiate in other currencies,” states Treber.

Trade in currencies other than US Dollar may surpass US GDP

Given this scenario, the decision of the Russian government is not surprising. It adds to other initiatives that put the US currency in check. Among them is the proposal presented for the creation of an international currency at the meeting held on March 14 between the Eurasian Economic Union and China. If this initiative materializes, something that could happen fast in the given global political context, trade between these countries would exceed the nominal GDP of the US in a currency other than the dollar. In turn, Saudi Arabia, one of the world’s largest oil-producing countries, is considering accepting yuan in crude oil trade with China, which buys 25% of the country’s exports.

It so happens that both the issue of unilateral sanctions and the blocking of Russian assets aroused the mistrust of many countries that have commercial ties with the West. In the current reading, any movement that may displease the United States would be subject to retaliation and the alternative of using a currency other than the dollar or the euro could serve as insurance.

Given this scenario, the economist explains that those countries that remain aligned with the United States in this conflict will be harmed. “Let us bear in mind that many of the countries in our region have the prices of their economies dollarized, that is, they are governed by the dollar because the largest amount of reserves are in this currency and they trade mostly in dollars. So, even though there are goods that are produced in the territory itself, since the product can be exported, it is dollarized, its internal price is the price in dollars at given the exchange rate.”

In turn, the analyst explains that the problem of dollarization is added to the issue of inflation suffered by the currency and that currently hits the US economy hard. “The economies that are tied to the dollar have an imported inflation margin, which is higher than then proper inflation rate of each country. That is to say, they start with a projected inflation that is at least that of the United States, and from there, the inflation resulting from their internal problems adds on”.

In the specific case of Latin America, Treber points out “they are countries that produce raw materials and cannot take advantage of the high price of commodities, because by taking a position in favor of the US – NATO, an important part of the market is cut off. Taking into account this context of economic warfare, it will not be long before the United States limits or even prohibits Argentina and other Latin American countries to trade with China. That is the next step.”

However, the economist warns that this situation is also presented as an opportunity to end dependency. “Those who do not align with the US are going to suffer destabilization attempts, but economically speaking, they have a lot of benefits because they could take advantage of the increase in demand and the increase in the price of the products they export. They will export more and at a higher price”.

A new chance for industrialization in Latin America

Treber points out, in turn, that the current situation raises the possibility of a leap towards industrialization. “It has already happened in other moments of history, when several Latin American countries used the geopolitical context of economic war to take the step towards industrialization. This occurs because the shrinking and fragmentation of the markets, plus the loss of hegemony and power of imperialism (the US) that dominates their foreign trade. This situation permits and motivates as a logical solution, the substitution of imports. In turn, when new alliances are generated, it is more feasible that these are generated including the necessary technology transfer”.

Given the current scenario, the analyst explains that those countries where the United States has greater influence must undergo a growing process of peripheralization. “There is a possibility that the countries where the US dominates today will suffer even greater exploitation than they are already experiencing in this economic war. Some progressive proposals, such universal basic income or increase of social spending and plans are seen as positive given the social and economic crisis. But I believe that even these proposals can turn into imperialist solutions in so far as they keep the peoples subordinate and calm during this process. For this reason, it is important to maintain the emphasis on achieving true economic independence, which is nothing else but industrializing and recovering the capacity to generate genuine work”.

With the tensions in different parts of the globe, the economic analyst explains “in the countries of the Great Homeland (Latin America), but also in other parts of the world, there will be strong political tensions, with struggles between getting rid of or consolidating the guardianship of United States. This will bring the appearance of new political actors and various nationalisms. It seems to me that anything that puts this unipolar world order in crisis is going to be positive. The coming scenario, multipolarity, opens a window of opportunity for our region. The result will depend on the political consciousness, and the capacity for organization and action of the peoples”.

* Journalist for PIA Noticias and co-author of the Brief Manual of Geopolitics.

This article has been published previously on Pia Global here.