Polemics between NORTHCOM and Mexico 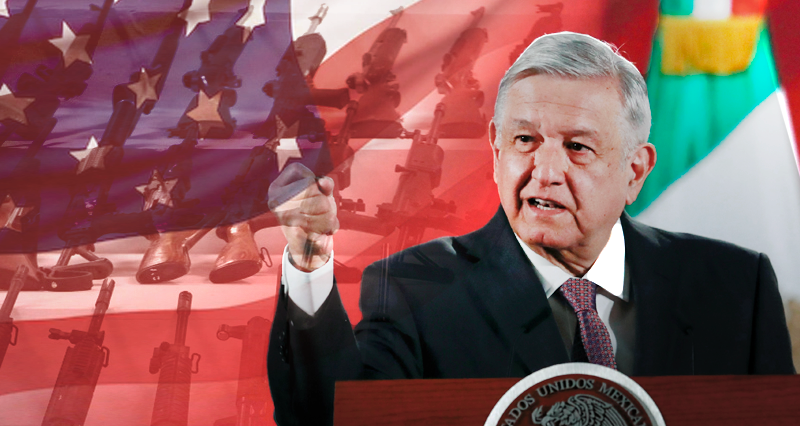 US Commander of NORTHCOM questioned Mexican government’s ability to repell Russian spies and Chinese influence. The Mexican president responded with an emphasis on sovereignty. Just the lates episode in a clash of words between the countries – a clash with concrete content.

The US President elevated the conflict in Ukraine to one between “democracies and authoritarian states”. Following that, the United States has sent a message worldwide to all countries to rally behind what it considers the flag of democracy. US authorities made the persistence of their demand clear by stating that neutrality in the conflict is not an option.

Those who still decide to remain neutral, that is, reject US sanctions on Russia and maintain relations with Moscow become a target for the US. This happened to Mexico.

And it was no one else but General Glen D. Vanherck, US Commander for NORTHCOM, responsible for the United States, Canada and Mexico to do so.

“China, Russia and others seek influence in Mexico”

On a March 24 hearing in front of the before the Senate Armed Services Committee, VanHerck stated the following:

“Counter-narcotics, migration, human trafficking, those kind of things are in my mind symptoms of a broader problem. And that’s transnational criminal organizations who are creating an environment that is not conducive of creating a family, for economic success. And we see that happening right on our border, in Mexico. My concern with that, senator, is the instability it creates, the opportunity it creates for actors such as China, Russia and others who might have nefarious activities on their mind to seek access and influence in our area of responsibility from a national security perspective”.

Asked by a senator whether he saw “evidence of that at this time”, General VanHerck responded:

“There are actors who are very aggressive and acting all across the area of responsibility, including the Bahamas and Mexico. China and Russia. I would like to point out that the largest portion of GRU members (abbreviation of former name of military intelligence of Russian Armed Forces General Staff, YS) in the world is in Mexico right now. Those are Russian intelligence personnel. And they keep an eye very closely on their opportunities to have influence on US opportunities and access.”

Mexico’s territory thus turned in the eyes of the US General into an area of competition with Russia. And “counter-narcotics, migration and human trafficking”, all realities that until now were managed as part of life now turned into matters of “national security”.

The grounds for questioning sovereignty and preparing intervention

When the responsible US general detects threats to US national security on the other side of the border, this is two connected things:

1. an urgent call to the Mexican government to intervene in the circumstances in so far as to mitigate the security dimension;

2. and implicitly the ground for an intervention.

Just a week ago, on March 17, Trump’s former Attorney General Bill Barr had said – more bluntly – that “the Mexican government, this president down there, has lost control of the country“. Barr added “what I always have worried about was that the Mexican government is going to share sovereignty with the cartels – and we have no control over that territory.”

The President of Mexico, Andrés Manuel Lopez Obrador responded to Gen. VanHerck’s statement first with humor in his press conference on March25:

“Well, this is a statement. We are not going to question anything, we respect the right to the freedom of expression.” (this and the following comments of Lopez Obrador translated by YS.)

What then followed was not an offer on enhanced intelligence cooperation with the US or a repetition of Mexico’s positioning in the Ukraine crisis. The Mexican President took Gen. VanHerck’s statement as what it is: The questioning of Mexico’s sovereignty. He continued thus:

Lopez Obrador’s response to whether there were Russian spies in Mexico justified the Washington Post’s headline of “brushing off” – and turned what for the US General was a ‘matter of national security’ into ‘delinquency’:

“I don’t know, we have no information on that.

And, yes, we do not prevent anyone, any foreigner who wants to carry out legal activities in the country, from doing so. Those who are criminals and commit crimes are arrested; neither Mexicans nor foreigners are allowed to commit crimes in our country.

And that it is also understood that we have a policy of non-intervention, remember what President Juárez said: ‘Among individuals, as among nations, respect for the rights of others is peace.’ As simple as that.

This is not the first clash of words between the United States and Mexico, as United World International has reported before.

The US – Mexico relations are going through multiple layers of conflict. End of 2020, Mexico decided to limit the activities of US security personnel including DEA and FBI on its territory. The according law required all foreign agents to register to the Mexican authorities and ripped them off from immunity.

Limiting US agent’s activities in Mexico

The President of the Senate, Monica Fernandez Balboa, confirmed that the amendment would strengthen bilateral cooperation as well as “the Mexican State by confirming its sovereignty inside the Republic face to face with other country’s agents who are pursuing their national laws exterritoriality.”

Back then still in office, Attorney General protested against the reform, declaring it would complicate severely the cooperation in the war on drugs.

Then followed, in 2021, the cancellation of the Merida Initiative – a comprehensive agreement that organized the cooperation of Mexican and US military on the purpose of fighting against drugs.

Instead of military cooperation, which included US officials intervening into the Mexican military’s activities, Mexican government proposed cooperation to fight the economic roots of drug production and trafficking.

“Potential negative impact” on US investments

Then came the energy reform on the Mexican agenda, which proposes to nationalize lithium reserves and the dominance of state-owned-enterprises in electricity production and distribution. Mexico tries to rely more on its own oil resources – the US government fears “potential negative impact on its investments in Mexico”, as the US Secretary of Energy stated in January.

And if all that was not enough, the Mexican Chamber of Deputies inaugurated a Group of Friendship between Mexico and Russia in the midst of the Ukraine crisis. US ambassador commented “that cannot happen”. But it did.

It seems that the Mexican government insists on continuing the so-called Fourth Transformation – the country’s next change after independence, republic and Mexican Revolution.

That transformation increasingly turns into a matter of strengthening national sovereignty – which in Mexico means mostly limiting US influence and dominance.

But the involvement of the NORTHCOM commander provides a new dimension, with a US military official declaring the neighboring country’s territory area of enemy activity.