Unipolarity vs. multipolarity: the conflict of the 21st century 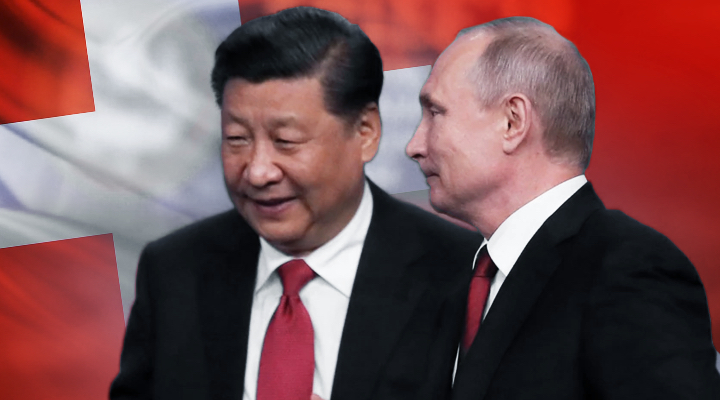 Already fifteen years ago, the great geopolitical analyst Giulietto Chiesa and I were quite unique in Italy in our argument that the 21st century would see a declining NATO-backed hegemony of the West – defined by finance capital and the theft of energy and food materials from Africa, Asia and Latin America – come into conflict with those nations capable of proposing an alternative. In our opinion, this alternative would be based on a solid alliance between China and Russia and those nations committed to cooperation, peace, and multipolarism, as opposed to those in close political proximity to Washington or London. Our instinct proved quite correct.

China and Russia have found regional allies with a solid revolutionary tradition, from Iran to Syria in the Middle East, to Cuba and Venezuela in Latin America. Other nations have gradually moved closer politically to Moscow and Beijing, particularly in Eurasia. They were convinced to make this shift by Russia and China’s respect for the agreements they have made and by their higher payments for raw materials compared to Western buyers.

China’s economic growth, its dominance in new technologies and artificial intelligence are a clear sign of the primacy of Marxist policies of the nation’s leaders.

The new achievements in space and at the military level have been associated with productive primates. The alliance between China and Russia has been evident for years to those who have observed how strategic military parity was achieved by China with only the help of Russia, which today produces the best and most efficient missiles and best performing submarines.

Even at the interplanetary level, the Sino-Russian axis enjoys an extraordinary advantage, as the Americans, in homage to their consumerist culture, have eliminated all analogue commands from their satellites and their spaceships, while the Russians and Chinese have maintained them. As a result, it i s very simple to block the operating systems of others, while only those who have the old Sputnik and Vostok systems onboard can be sure to continue to manage their own celestial instruments. This reality has obviously led to panic in the Pentagon, who hadn’t appreciated the importance of old buttons and analog cranks.

The war, which has already been underway for years, is no longer anything like those fought in the twentieth century. New wars are being fought with new means and methods – these systems are being used constantly and treacherously, predominately by NATO aligned nations. The Chinese and Russians are left with the task of defending themselves and responding to this aggression, which is incessantly affecting them and their allies.

The first weapon is the media, which employs the constant falsification of facts through a propaganda apparatus that has no equal in the history of communication. The second is the economy, with commercial exchanges and embargoes against nations that do not intend to submit to the West’s will. With today’s war being fought in the field of information technology by entities capable of moving colossal amounts of money in a few seconds, entities with more resources than those of the gross domestic product of many nations, weapons are only a last resort and often used in regional wars, such as Syria, Ukraine, or in coups d’état attempts carried out on all continents and color revolutions, a strategy that does not exclude the use of weapons by NATO when the outcome is not what they had hoped for, such as was the case in Libya.

In this situation, the European Union is kneeling down to Washington and NATO – a total cultural, political and economic subordination. Nevertheless, even here we are seeing some resistance: from Hungary to Czechia, from Germany to Italy, political and economic sectors are acting to free themselves from the suffocating pressure that wants an integrated Europe obedient to their American masters. Instead, Orban, Babiš, several Italian politicians and politicians like former German Chancellor Schröder (who lives in Moscow but still has solid ties in Berlin and is a director of the Russian Gazprom) are a clear sign of how much widespread hostility exists towards the intrusive American ally in politics and public opinion. The median, neutral position is in favor of guaranteeing the interests of Europeans so that they can free themselves from subjection to Washington.

In an article for the Chinese press, President Vladimir Putin summarized the substance of the joint Russian-Chinese declaration of February 4, 2022: “The coordination of foreign policy between Russia and China is based on close and coincident approaches to solve global and regional problems.  Our countries play an important stabilizing role in today’s difficult international context, promoting greater democracy in the system of international relations to make it more equitable and inclusive. We are working together to strengthen the UN’s central coordinating role in global affairs and to prevent the international legal system, with the UN Charter at its core, from being eroded.”

We can add that, while globalization was imposed on the Soviet camp by the West, China, Russia and their allies are now winning it, responding with an inclusive, participatory and respectful project to all nations of the world, starting with Eurasia. These countries are decisively and resolutely opposed to the anachronistic unipolar imperialism of the United States.

Xi Jinping and Vladimir Putin’s affirmation that “the friendship between the two states knows no limits” is a sign of a new era dawning: the 21st century has the potency and potential to see the global victory of equality.