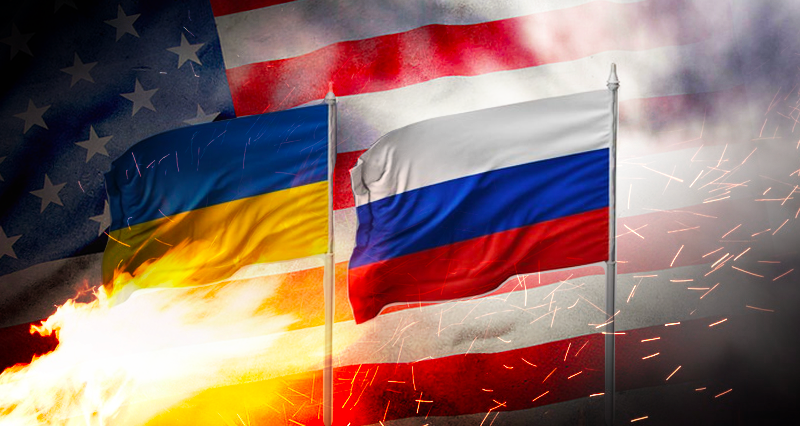 As the Ukrainian crisis continues, the US propaganda that “The Russian invasion of Ukraine is imminent”, has gained more momentum. It is unavoidable to think that the war will come tomorrow morning, when one reads the White House statements. We have discussed the latest events in the Ukrainian crisis with the United World International expert Mehmet Perincek.

Russia does not want a war

The US government makes statements almost every day that a Russian invasion on Ukraine is imminent. Do these statements indicate the truth or is that just propaganda?

Russia does not want a conflict. The US could not play its cards well in the Ukraine crisis. And they were not very successful to gather Europe behind their back against Russia. Germany and France were not really persuaded to ally with the United States. There are also some objections from Croatia and Hungary.

There is suspicion and frustration even on the Ukrainian side. It is now the Ukrainian government, more than Russia itself that denies the statements from Washington. The mediation offer from Turkey does have a chance to be implemented now. And that means the exclusion of the United States from the process and from Ukraine. That is why the US is in a state of panic. Now, if they cannot manage to start a conflict, they will be at a tough spot and both Ukraine and Europe will slip away from their hands.

There is no solid reason for Russia to attack. Crimea is taken back. Donbas and Lugansk are under their control. Why would Russia want to fight in this case? There can be only one reason: A possible deployment of nuclear missiles, anti-ballistic defense systems, etc. to Ukraine by the US, or the Ukrainian membership into NATO. That cannot be the case in the short term and negotiations are still under way. Time is ticking in favor of Russia. Going to war would not turn the tides from their perspective.

On the other side, Ukraine is also in not a good shape for a war, and they are already backing down. However, if there would be a provocation by the United States or some groups that are purely pro-American within Ukraine, Russia may take an action to protect the Russian population in Ukraine. But of course, this is not the option Russia prefers.

The Pro-Western bloc in Ukraine is disappointed

What is the Ukrainian stance between the US and Russia? Can we say there is a motivation to go to war with Russia?

The Ukrainian government makes statements every day, denying the US propaganda that suggests “Russian attack can happen at any moment”. They instead say, “We do not have such intelligence, neither the US shared with us any kind of intelligence that ever suggests such thing”. On the other hand, the United States has made it clear that it will not provide any military support if a war breaks out, and that it will only stick with some sanctions. In such a scenario, it is impossible for Ukraine to stand against Russia. The US is heavily provoking Ukraine, but not providing any real support. It is of no real value when the US says, “I will impose sanctions”, in case a war actually breaks out. To what use is it that the US imposes sanctions on Russia, after the latter has crushed the entire Ukrainian army? The American capabilities are only limited. Even the pro-Western bloc inside Ukraine is in a total disappointment. Therefore, if Ukraine enters into a war for the US interests, it will only lead to some very dire consequences, and it will just be a foolish adventure.

The “False Flag” plan of the US

You said that Russia had no intentions of attacking Ukraine. And you also stated that the United States does not provide any real and large-scale support for Ukraine, and that Ukraine is in a very weak position. Given these statements, what does the US wish to achieve by constantly saying “Russia will attack Ukraine at any moment”?

The US is giving an exact date, and they say Russia will provoke a conflict with a “false flag” tactic. They mean that Russia is going to use a false flag to take a hostile action and use it as an excuse. Someone will attack the Russians with a false Ukrainian flag, which will actually be Russians themselves, and they will use this self-attack as an excuse to invade Ukraine.

This US propaganda suggests that the United States will make some sort of a provocation. For example, they would make an attack against Donbas with some forces inside Ukraine, and then they would immediately suggest that it was the Russians who attack themselves. Russia will respond if there would be such an attack. The US will then, make Russia’s defensive actions look like, as if the Russians had planned it from the very beginning. The United States is already setting the groundwork for any possible defensive response from Russia, to make it look like a Russian plan of a “false flag” tactic.

You may remember that a Malaysian passenger plane crashed in Ukraine few years ago. It is still unclear who shot that plane. If the US manages to stir things up a little bit with some provocations, it will also use it to take Europe on its side. But of course, this attempt could also end up in complete failure. Who would believe the US at this point, and up to which point?

The US is stuck in a dead end, and the time is ticking against them. They told that Russia would attack at any moment, and now they will lose the initiative if nothing happens. Even Kiev can slip away from them.

And if Turkey gets involved and eliminated the US influence in the crisis by becoming a mediator, the situation for the United States will even worsen. Putin is expected to come to Turkey. There will be a decision taken there. The Ukrainian President Zelensky has already agreed to negotiate with Russia via Turkey. The strings are falling off of Washington’s hands. Therefore, the United States aims to find a way to intervene immediately, including a provocation of an open conflict.